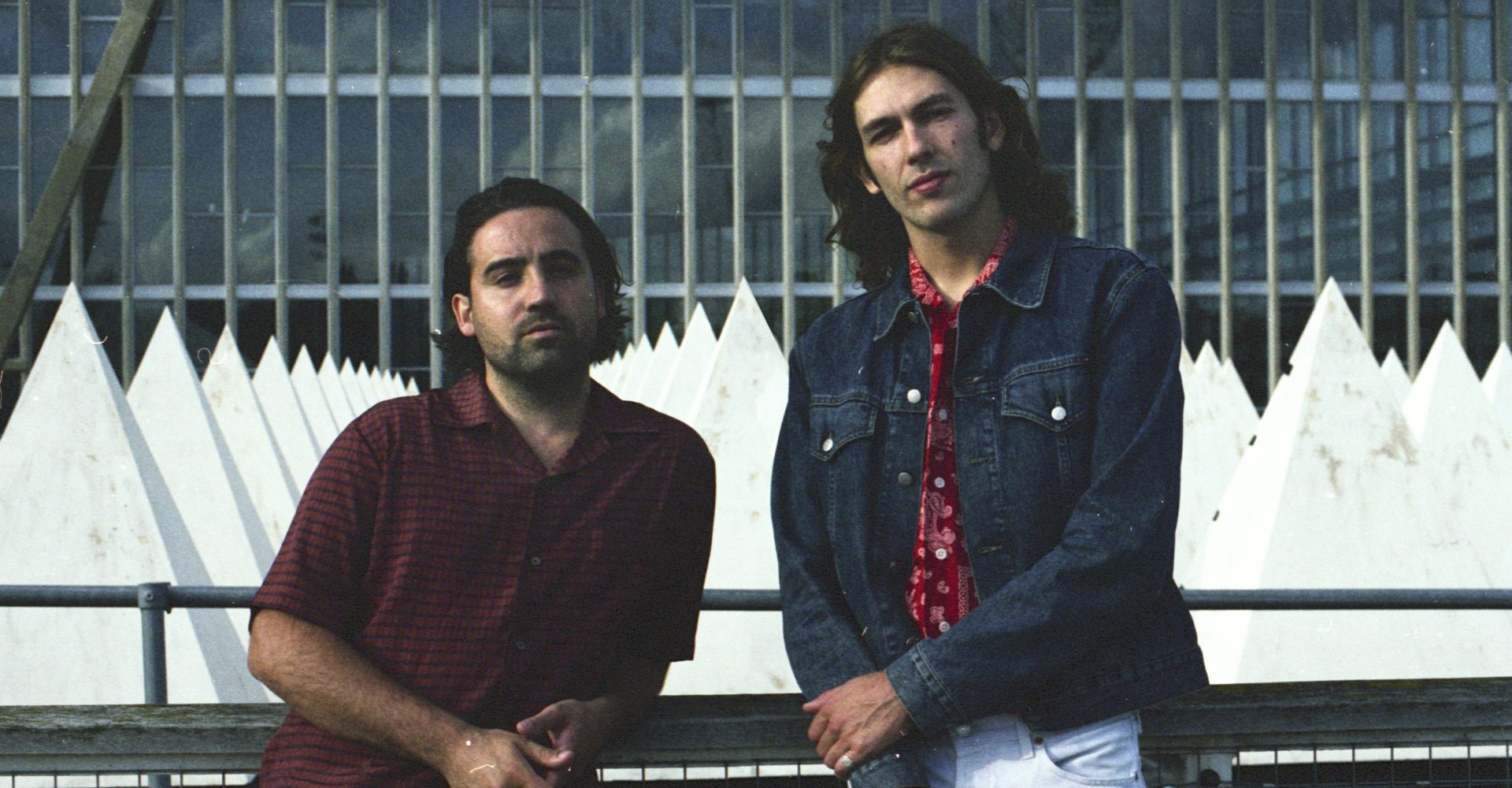 Club Kuru are a British five-piece psych-rock band, fronted by Laurie Erskine. In 2016 he formed a new band with fresh ideas. Guitarist Laurence Hammerton’s positivity and upbeat nature allowed a new sound to emerge; one with more joy and groove. With the addition of with Fergus Ireland, together building their own studio in south east London. They even use and have studied recording techniques from a bygone era, solely using analogue synthesisers. Ultimately, the sound is unique – it is the product of the band’s bare hands, put together in the space they worked tirelessly to perfect. Using only those mics, those instruments, those particular players; it is entirely their own.

As they prepare to visit the south coast at The Heartbreakers on October 23rd, I was given some time to find out more about the band from Laurie.

Could you tell me about how you initially got involved with music and who influenced you most?
My father was an actor in his younger years and could play guitar and piano a bit.  He always liked to sing whilst he did the washing up. He taught me the blues and from that, I got into jazz. Laurence’s dad is a musician and was in a 60’s psych rock band, ‘Sands’ who were managed by Brian Epstein. He taught Laurence guitar. So we both owe our musical beginnings to our fathers. My mum was hugely encouraging too and sent me to piano lessons when I was seven.

Could you tell me about how the band came to be formed?
After studying piano at Trinity College of Music, (which is where I met bass player Fergus Ireland), I felt a bit let down by the London jazz scene’s lack of excitement for what I was up to, so I started writing songs and singing. My older brother is a successful producer and he showed me how to do some stuff on the computer which led to me making some demos which got picked up. I had a short career making electronic pop but it didn’t feel quite right and I started to move towards a more psychedelic and less modern sound. Needing bandmates, I put out feelers, and that’s how I met Laurence. We got on straight away. Laurence and I now work together on everything related to Club Kuru.

Can you describe how you felt whilst after you’d released your first single?
In the past I’d always been a bit confused with what I was trying to do, but when I released ‘Not For Me’, my first single, I felt excited and proud. It was the first single we released as a band, not just me on my own. It came out in early 2017 and was followed by our first EP, ‘Waiting at the Corner’, which was very well received. Laurence and I knew absolutely that this was what we wanted to do right then.

For those who are new to your music which three tracks would you encourage them to check out first and why?
Check out ‘The Memory Junkie,’ ‘Ribbons’ and our latest single, ‘49 Years.‘. I hope those three show you some differing styles to Club Kuru’s sound.

In the past I’d always been a bit confused with what I was trying to do, but when I released ‘Not For Me’, my first single, I felt excited and proud.

Over the years has your approach to performing live changed and if so how?
I think our shows used to be about getting the songs sounding as close to the record as possible and giving a good performance. In fact, no, it was less than that, because at first it was a case of; how are we going to get to the gig with all our instruments? And how will we organise a full band of people who know the tunes…? Now we have refined our set and it’s more comfortable, so we’re able to take tunes in new directions each night. Coming from a jazz background has really helped that side of performing, I can just cue stuff and the band knows the kind of things to do. Sometimes we go somewhere totally different to the original song and it becomes more free and improvised which I have always loved. That’s the great thing about playing heavily-produced and intricately arranged songs; it means we can go more abstract in the performance.

How do you feel when you share your music for the first time? Do you prefer to share new music live where you can see the crowd’s reaction first hand or online perhaps?
We are nearly always playing catch-up because we aren’t organised enough to do it any other way. Seeing as we run our own label, we have to do a lot of the preparation and planning ourselves so we rarely have tunes sorted for live before they come out online. Sometimes if we’re lucky its nice when we release something and some people send us nice messages. We will have finished the song a little while ago and moved onto working on something else so it feels refreshed when it is finally released.

What bands and artists are you currently listening to and how are they inspiring you to explore and implement new ideas with your music?
I’m really into the American artist ‘Weyes Blood’. Her songs are my favourite contemporary pieces out there at the moment. She just moves me! I try and tap into that feeling and not lose hope when there’s a lot of bad noise out there.

What can those fortunate enough to have tickets expect from your live show?
Expect a fun show! It’s quite laid back but there are some big lively moments too. This is our first proper headline run so we are excited to play a longer set with songs off the album and new ones no one will have heard.

What does the rest of the year have in store for you?
We’ve got the UK tour in October/November, and our new single ‘49 Years’ came out this week. Then it’s back to the studio to try and finish our second album before Christmas, ready for the New Year.