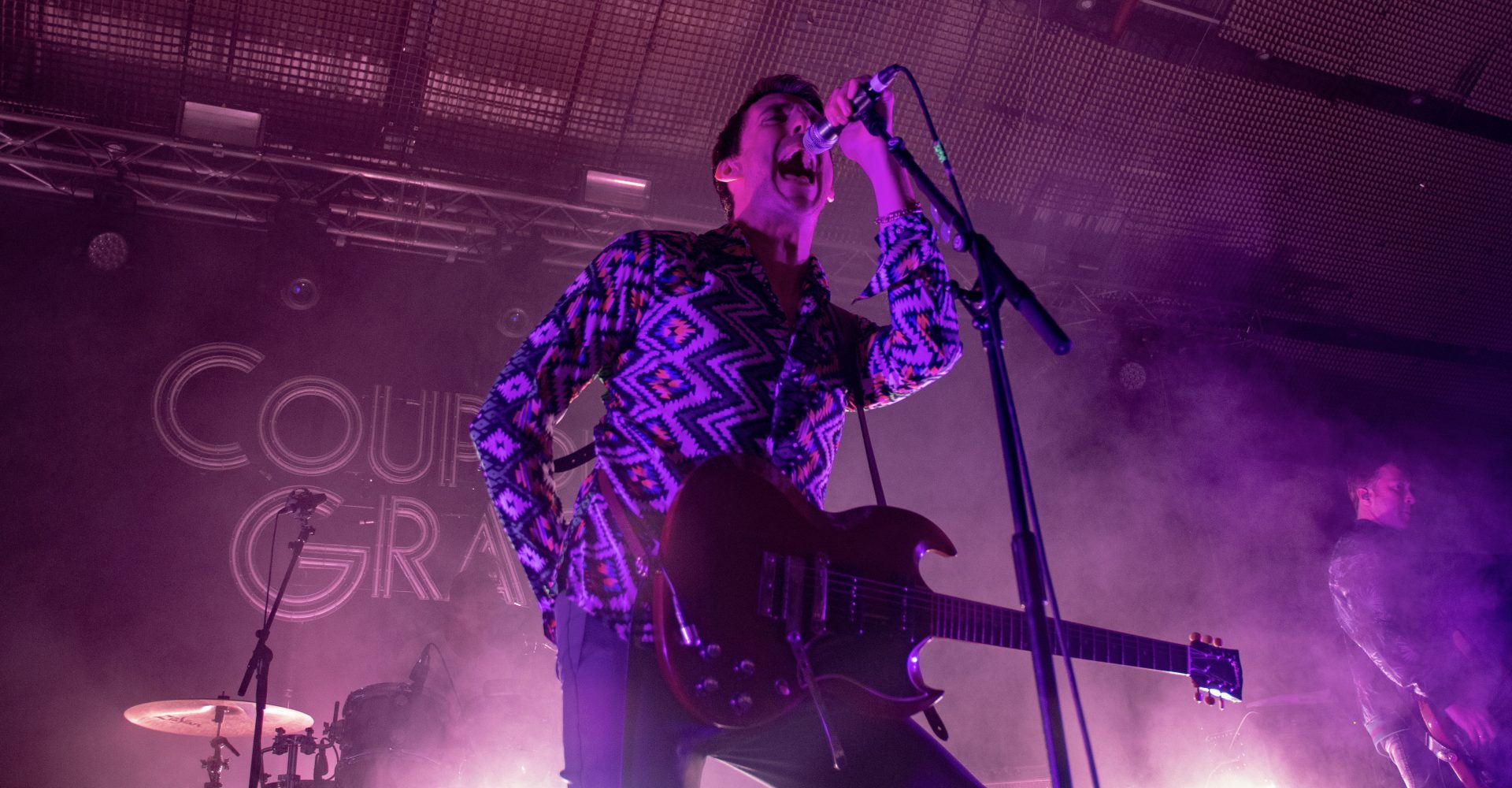 It’s been five years since Miles Kane has put out a solo album and he is now back with his third album ‘Coup De Grace’ to be released on 10th August 2018. Since 2013’s ‘Don’t Forget Who You Are’ Miles has been busy with side projects The Last Shadow Puppets with who he co-pilots with Alex Turner from the Arctic Monkeys as well as his and Matt Bellamy’s (Muse) Beatles cover band called Dr Pepper’s Jaded Hearts Band which also features members of Jet, The Zutons’ and Nine Inch Nails.

I last saw Miles perform back in May 2011 when he played at The Joiners, Southampton in support of his debut album. I remember that gig being electric, the atmosphere was second to none in the sold-out venue and it was also very, very sweaty to say the least. To be fair, the weather for this evenings gig made for a similar vibe and the fact the Pyramids being the venue as well which we all know is warm at the best of times!

Wirral trio The Mysterines were the support for the evening and were being watched from the side of the stage by the man himself and a few of the band. The few songs that they did play were punchy, fast-paced and complimented by the husky, raw voice of the female lead singer. It was a shame that the Blues/Rock and Rollers played to a very empty venue, this was mainly down to the fact the gig clashed with an England World Cup match.

As expected an abundance of punters piled through the door after the match had concluded some adorning England shirts and they were just in time for the notoriously energetic Miles to enter the stage at around 9.15pm.  I must add that Miles was sporting one of the best shirts I’ve seen to date! (as my friends will testify I can be a sucker for a loud shirt from time to time, mainly paisley). ‘Counting Down the Days’ from debut album opened proceedings with a ferocious rendition of ‘Inhaler’ to follow which exhibits Kane’s splendid guitar skills!

Latest single ‘Loaded’ which was co-written by Lana Del Ray and Jamie T was well received and for me you can hear the influence of Jamie T at the beginning of this track. Also, Miles current band includes Jamie T’s touring drummer, Victoria Smith. I’ve seen Victoria drum a few times with Jamie T and also Soulwax and she is simply superb!

The crowd were also treated to a few new tracks from the forthcoming album which has all the hallmarks of becoming another good album from the man. Miles started to play the first few bars of Donna Summer’s hit ‘Hot Stuff,’ which at first sounded like it was just the band playing around only for the track to be played in full prompting the dancing shoes of some in the crowd to be dusted off!

The album title track ‘Coup de Grace’ followed which is driven by a funky bassline and incidentally the name is taken from Miles’ favourite wrestler, Fin Balor, finishing move; random but true!

As always a crowd participation number to end usually goes down well and this was provided by ‘Come Closer’ with Miles jumping in the crowd to endear himself to them even more than he had done during the course of the evening!