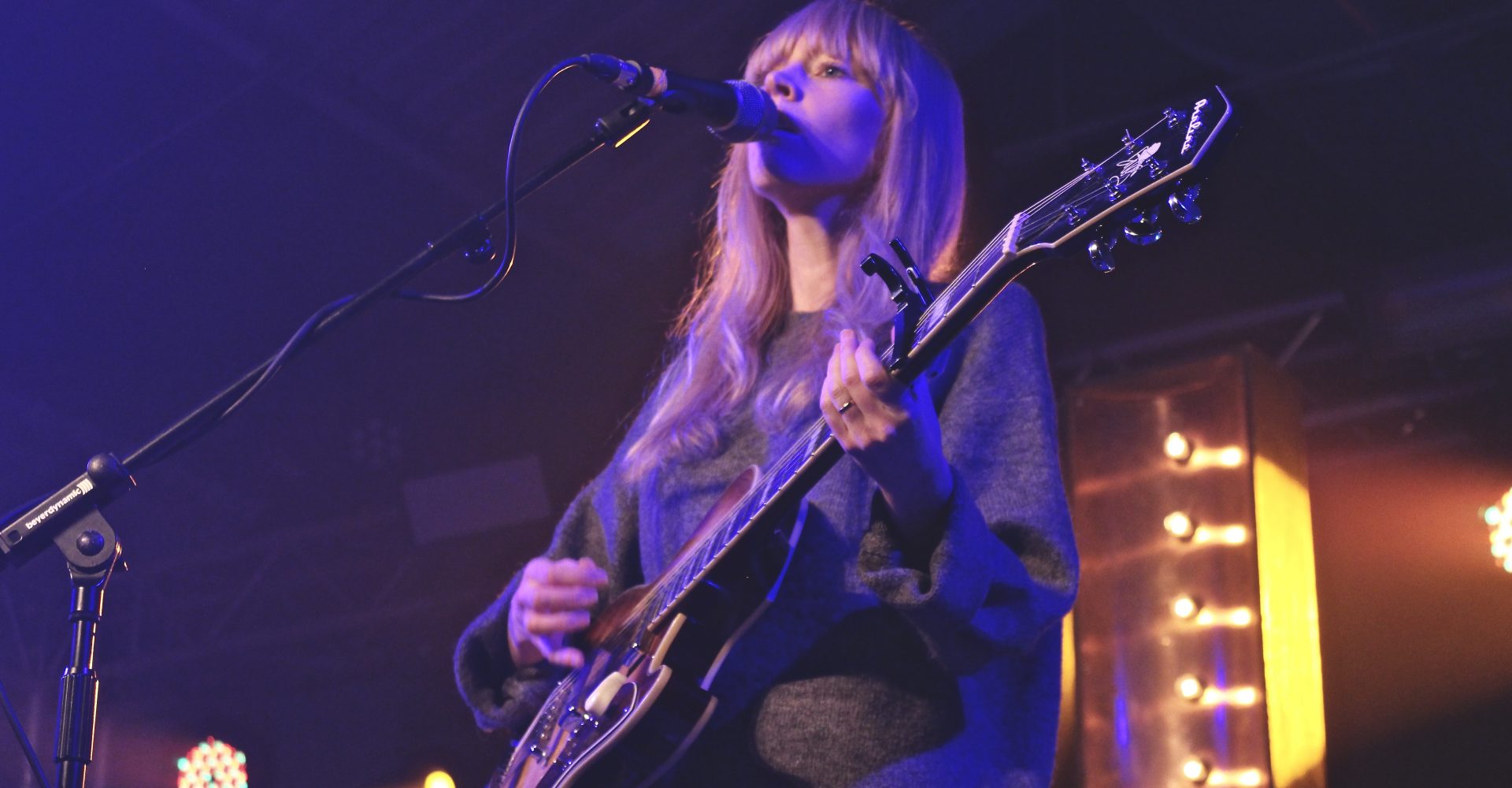 We have recently featured a number of gigs at the Engine Rooms by the likes of Fickle Friends, The Amazons and JAWS but this was my first visit to the venue. You’d be forgiven for missing it if you weren’t already aware of it, it’s tucked away behind the Honda and Ford garages on West Quay Road, opposite IKEA. When I found out that Lucy Rose was closing her tour on the south coast I was never going to miss this opportunity to see her play again.

When I entered the venue I noticed that this was going to be a seated show, this was a nice little surprise. I walked through the doors with minutes to spare before Charlie Cunningham took to the stage. As the crowd were seated this presented a challenge to photograph, I spent the first three tracks uncomfortable on my knees or crouched down as to not ruin the performance for the audience.

Charlie took to his seat on stage where he was surrounded by various musical instruments laid out ready for Lucy and her band. For his performance, it was simply just him and his guitar. Charlie’s acoustic ballads would draw comparisons to Glen Hansard and Ben Howard. He’s previously lived in Seville and while there he honed his guitar technique, including the percussive qualities of flamenco which are also evident in his music.

Charlie’s set featured tracks taken from his latest album Lines, the standout song was ‘You Sigh.‘ The crowd were enjoying the set as much as I did, it’s not often that the support act receives a standing ovation, but that is exactly what Charlie Cunningham received. Had there been time then I’m sure they’d have liked to have seen him return for his own encore.

It’s not often that the support act receives a standing ovation, but that is exactly what Charlie Cunningham received.

In the past year or so I’ve been fortunate enough to see Lucy play live at Southsea Fest, Bestival and now the Engine Rooms. It would have been four times had I not been out of town for her acoustic show at Pie & Vinyl in July. I was gutted to have missed that, so the less said the better.

Lucy entered the stage with her band, she was holding a mug as opposed to the more rock n roll bottle of beer. This was an intimate performance largely consisting of tracks taken from her latest album Something’s Changing. The quiet and attentive crowd could be seen mouthing the lyrics to the songs along with Lucy. This was something that she picked up on and made reference to how much it meant to her.

Much of the new album was written during a time where Lucy admitted to doubting herself and the music industry. She described that she questioned what she should do, whether she good enough or whether anyone actually wanted to listen to her music. I’m glad to say that she’s come through that, stating “I’ve learnt that if my music meant something to one person then I don’t care about the rest. Nothing else matters.” This raised a loud cheer from the audience.

The middle of the set featured some older tracks including ‘Nebraska‘ and ‘Bikes.’ Lucy’s band filled in for the Staves to provide backing vocals on ‘Floral Dresses.’ Following that track, her bassist Ben Daniels looks suitably embarrassed when Lucy describes how one fan had previously praised “the burly man’s” ability to hit high notes.

Lucy played what was supposed to be the last song and left the stage before the inevitable encore. As the audience were sat down they didn’t bother with the applause to beckon her back on stage, instead, they started cheering and stamping their feet like a herd of wild horses galloping. Right on cue they re-entered the stage and got the crowd up off their seats for the last track of the night.

The whole night was an absolute pleasure and I’ll be one of the first in line when I next get the opportunity to catch her play live again. Lucy and her band now take a brief break before heading over to the States to tour. If you’d like to hear more from Lucy then you can read my interview with her from earlier this summer here.