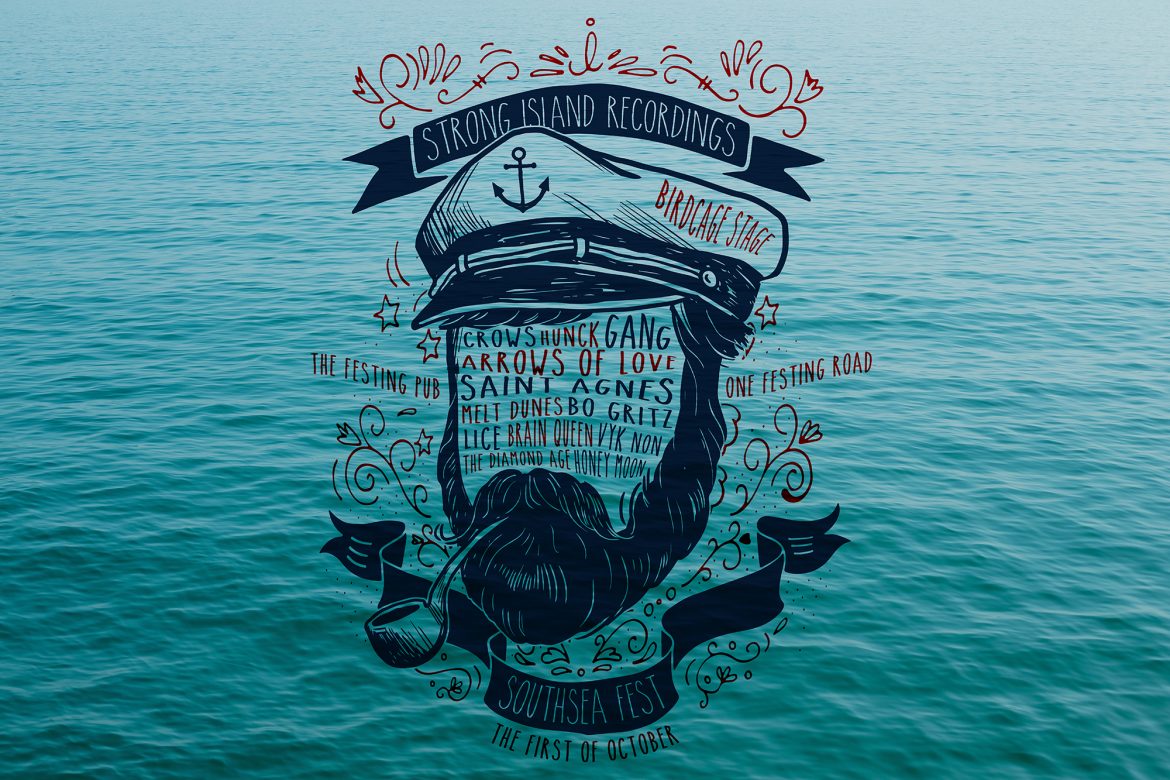 London’s Hunck packed out our Great Escape stage back in May for their first ever Brighton show so we fully expect the same from Portsmouth at Southsea Fest. Featuring members of our label family Yoofs, we have a strong affinity to the psychedelic pop outfit who give strong nods to sixties psychedelia. They’re rather wonderful so come and see what the fuss is about at The Festing 1st October at 4.30pm and check their latest tracks on Soundcloud HERE.

Our psych-blues friends Saint Agnes are another act who have been packing out shows for us having filled the Shacklewell Arms for us to the brim. Saint Agnes are the soundtrack to being dropped into the middle of a spaghetti western. Catch Saint Agnes 5.25pm at The Festing 1st October and check their latest tracks on Soundcloud HERE.

Featuring members of Dressmaker, Vyk Non are good friends of ours having played for us in London. The new London art-punk outfit will blow your faces off with a visceral yet beautiful wall of noise in the vein of The Horrors and Joy Division. Catch Vyk Non at The Festing 1st October at 2.40pm where they’ll be blowing a hole through the The Festing, and be sure to check their latest tracks on Soundcloud HERE.

Our crooning, psych-pop London based pals Honey Moon will be showering us with their sun soaked psychedelia at The Festing in the early afternoon.  If you dig Mac Demarco, Kurt Vile etc then head down! You can listen to them HERE.

We haven’t heard too much of Vulcan but it’s Beau Curtis of doom psych outfit Unknown Soldiers new project who were great and Beau is a very talented chap so we asked him if he wanted to play and he did so that was good enough for us and it should be good enough for you. Catch Vulcan at Strong Island Co 1st October.

Lo fi, bedroom pop one man outfit Danny Wright will be opening our Strong Island shop on the 1st October. Come down for fun times.