So Dials Festival is fast approaching taking place on the 3rd October  from the early afternoon to late in the evening and in the spirit of Southsea Fest a grand number of emerging artists from all across the U.K shall be playing across various venues in Albert Road with an after party at the Wedgewood Rooms taking place after the event. It’s certainly going to be the perfect way to be rid of those post-summer festival blues and will no doubt be one of the highlights in the Portsmouth events calendar.

Our next preview comes from one of the buzziest and best emerging acts in the country who smashed it recently at Victorious Festival in front of thousands being Fickle Friends. Racking up quite literally millions of plays on Spotify and SoundCloud, the new-wave, electronic pop outfit from Brighton with heavyweight support from everyone from Radio 1 to NME are going to be bringing their sun soaked, tropical pop sound to Southsea once more to The Wedgewood Rooms. For a new, new music festival, it’s a great coup to get Fickle Friends playing for us.

To see Fickle Friends and 40 plus more phenomenal emerging acts then you can get tickets here. Tickets are just £18 (that’s about five beers!!) so it’s an absolute bargain to say the least. You can find out more details on the Dials Facebook and also on Twitter on @DialsFestival. 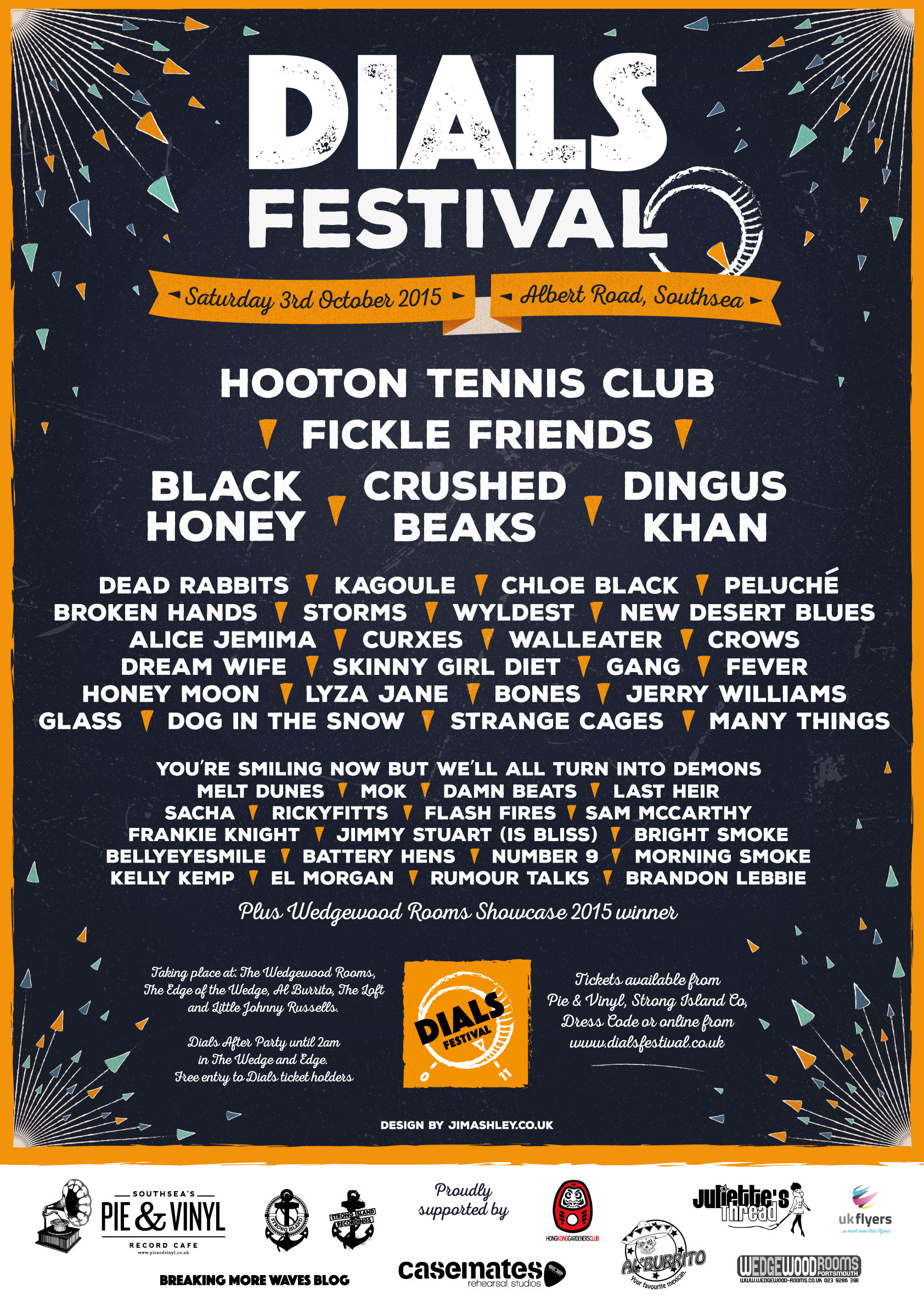