On the 14th May Strong Island Recordings and Pie & Vinyl team up for a showcase at one of Brighton’s best up and coming venues Bleach. The show is free entry with a main Great Escape wristband and just £4 without so even if you’re not down Brighton for the festival you can still come along.  First up in our Great Escape previews we’re going to showcase the locals heading over to the festival. You can find out more details on the Facebook event here.

Rickyfitts are probably Portsmouth’s finest and explosive live band. Tinnitus inducing thrash meets grunge meets hardcore punk, the destructive duo inflict listeners with a tidal wave of sludge. With releases on both Strong Island Recordings and Pie & Vinyl, it would have been madness had we not had Rickyfitts play. They play Bleach at 4.00pm.

Having just released ‘Verxes’ on Strong Island Recordings, Curxes are Portsmouth’s finest alt-pop meets electronic act. Gaining praise from NME to Q Magazine and also being invited to remixes CHRVCHES ‘Recover’ the now trio will be bringing their frenetic blitz pop to The Great Escape playing at 5.40pm.

The Boy I Used to Be

As well as the city being finely represented at our stage with Pie & Vinyl there are a couple of other splendid acts from the city playing across the weekend.

It takes a rather large national touring act to sell out the Wedgewood Rooms but Kassassin Street seem to have no difficulty in doing such thing. Arguably Portsmouth’s favourite sons and best known act since Shadow Child and Kry Wolf; Kassassin Street cross between indie, new wave and electronic fused psychedelia. The guys play Sticky Mike’s at 12 noon on the Friday and a Great Escape wristband isn’t needed.

I first caught Jerry Williams at The Wedgewood Rooms a couple of years back when Is Bliss won the road to Blissfields. Although Jerry may not have won, the talent was evident enough and Jerry Williams still deservedly got a slot at Blissfields that weekend anyway.  Intertwining from folk to jangly pop all coated in sweet vocals and lyrics of teenage love, it’s hard to not be taken to Jerry Williams’s charm ridden songs. Jerry Williams plays a fair few shows across the festival where many of the slot times haven’t been announced. If you have a wristband though you can check Jerry Williams on the 15th Mat at the Speigelpub at 6.30pm. 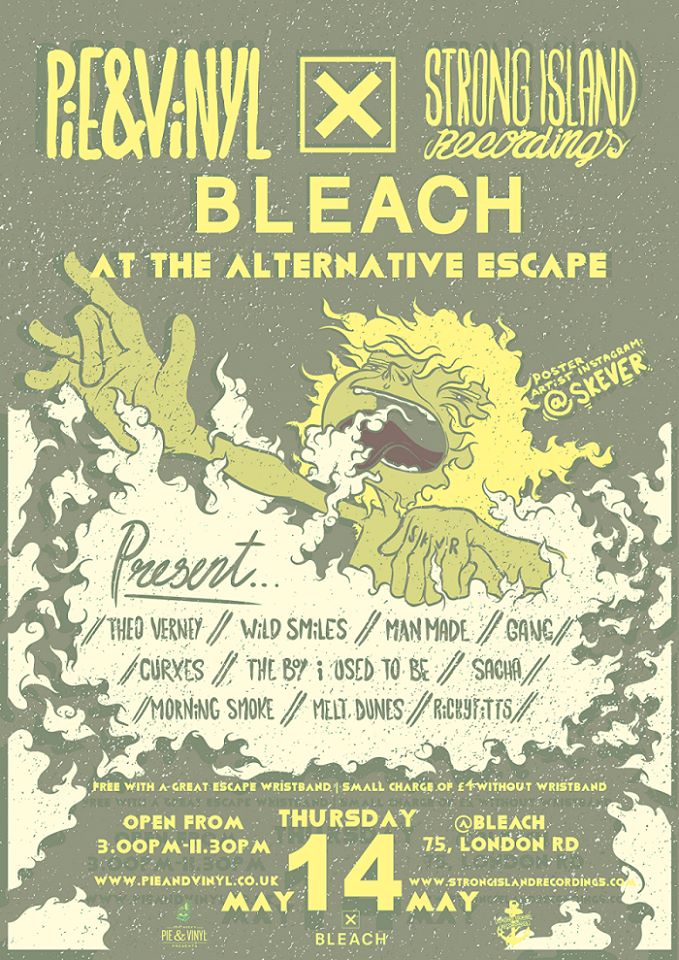