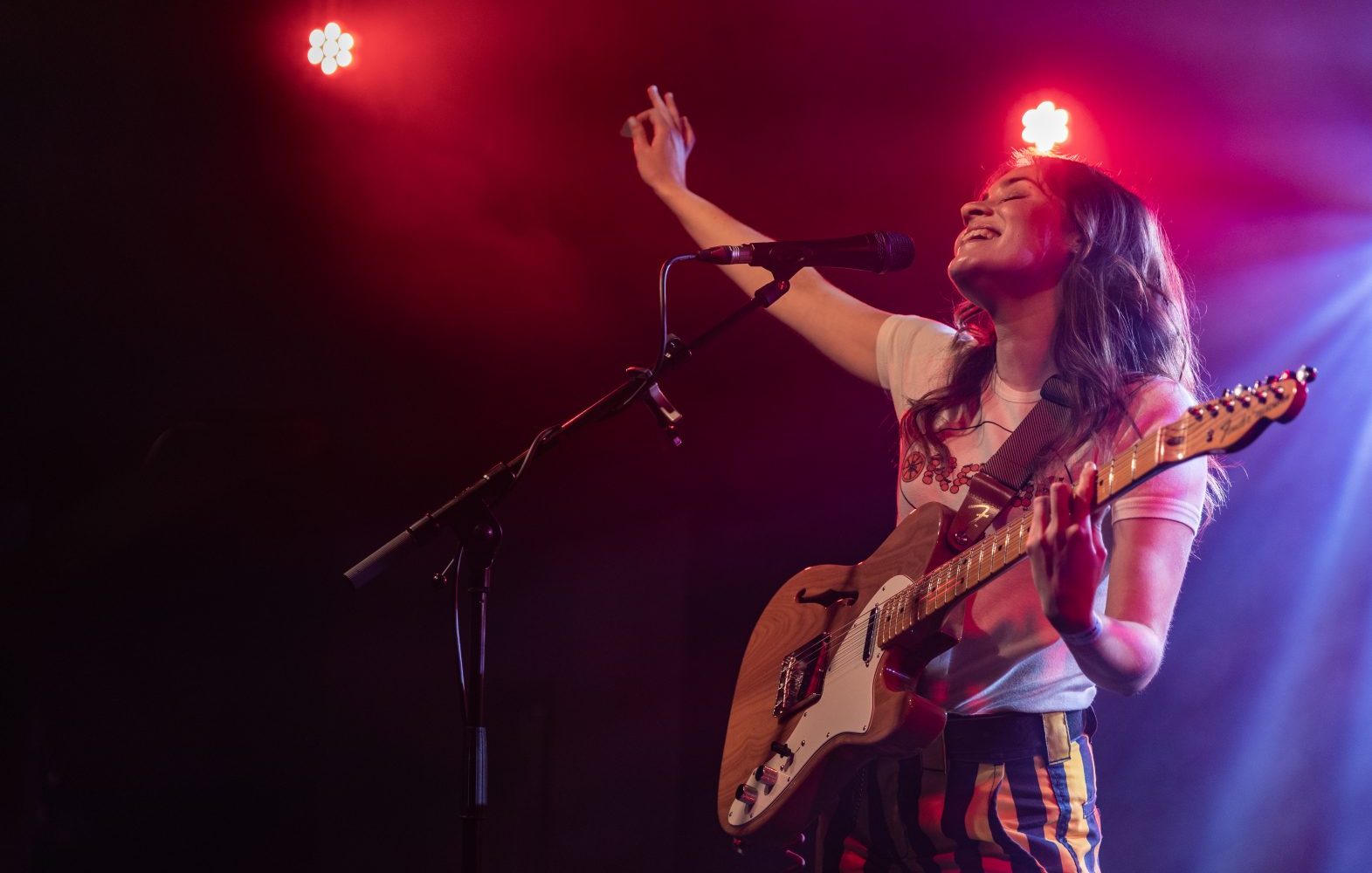 I had the pleasure of experiencing another epic Golden Touch festival recently, all day (lunchtime to close of play) in one venue across 2 stages seeing 20 acts with barely a break to breathe!

The line up was (as always) a mix of local and breakthrough touring bands, this gives Golden Touch a real sense of supportive spirit from everyone involved. Bands lending out guitars when kit breaks, crews helping each other out and gig-goers taking in completely new unknown acts.

The crowd in the venue is a real mixture of ages & demographics, which I love to see, everyone getting along and complete strangers (before the festival but not after) chatting because they wear merch from the same band. It’s just a brilliant atmosphere and I for one have made new friends & acquaintances from these festivals just through a love of music.

My day kicked off around 2 pm (I unfortunately missed the first 3 acts of the day) with Harvey Jay Dodgson, a 20-year-old singer-songwriter from Portsmouth who brought his gritty vocals, suave lyrics and youthful exuberance to the main stage. Harvey is tipped by many to be one to watch in 2022 (and he plays the This Feeling Stage at the IOW Festival the week after Golden Touch).

This was followed by me bouncing between the main room and the Edge of the Wedge, taking in bands such as Dutch Criminal Record, The Clause, Bandit and The Rills.

I was super excited to see another Portsmouth-born singer-songwriter in Jerry Williams and she didn’t disappoint, with a solo acoustic set of indie-pop songs such as ‘Velcro’, ‘Mother’ and ‘Boy Oh Boy’ that were brilliantly crafted, melodic and such a joy to watch. Her set also included a crowd-pleasing sing-a-long cover of Jamie T’s ‘If You Got The Money’.

Another band that I was desperate to catch (after they had to unfortunately pull out of GT 2021) was The Covasettes, an indie/alternative quartet from Manchester who were pleased to inform the crowd that they have just secured a record deal. Led by frontman Chris Buxton, whose infectious lyrics sitting over really punchy indie grooves that you can’t help but bop and dance along to.

Zuzu, a Liverpudlian singer-songwriter graced the main stage with her rock swagger in an expressive performance that included tracks from her 2021 album ‘Queensway Tunnel’, plus ‘All Good’ and ‘Skin and Bone’. Her set was one of the best of the day for me.

Bears In Trees were the final act of the day on the main stage, the band have utilised new social platforms such as TikTok to gain a global following and it is clear many of them are in the crowd tonight (decked out in band tees & caps). Their emo pop-punk influence is clear in their musical style and lyrics, and they create a great live atmosphere in the room.

Overall, this was another success for the festival that goes from strength to strength.

If you like music, get a ticket to Golden Touch 2023 (the date is set for Saturday 27th May) and take it all in, try something different. I have come away adding to my music collection with bands such as Crystal Tides, The Clause, The Covasettes and Zuzu, who have all become regular listens of mine.

A massive well done must go to local legend Billy Fitzjohn for organising this festival and giving the upcoming artists a much-needed platform on which to shine.