Frankie & The Heartstrings On ..

Created Local Special: Immy Smith and the Brain Tumour Research lab at the University of Portsmouth

We’ve featured many local artists, photographers, filmmakers, designers & makers under the Created Local series for many years (over 100 in the last 6 years), profiling work touching on many, many different subjects. Immy Smith’s background, artwork and working environment is something a little different.

Immy Smith is a rare creative, working in what initially might be thought of as two different worlds: one foot in science, the other in art. With a PhD in Pharmacology plus a strong arts background Immy has recently been working in the Cellular & Molecular Neuro-Oncology (Brain Tumour) Research laboratories at the University of Portsmouth on a 10 month residency which looks at how to foster better and more creative working relationships between medical science and the arts. The residency, funded by the Leverhulme Trust, aims specifically to create a sense of collaboration with not just laboratory staff but also the patients effected by brain tumours, which kill more children and adults under the age of 40 than any other cancer.

“The project I’m working on here at the Brain Tumour Research lab is a Leverhulme artists residency where I work in the lab making art alongside science researchers. Our project aims to tell the story of brain tumour patients, scientists and clinicians, through art. We want to make these stories accessible and share the unique challenges of brain tumours with a wider audience to help raise awareness of this devastating disease.” – Immy Smith 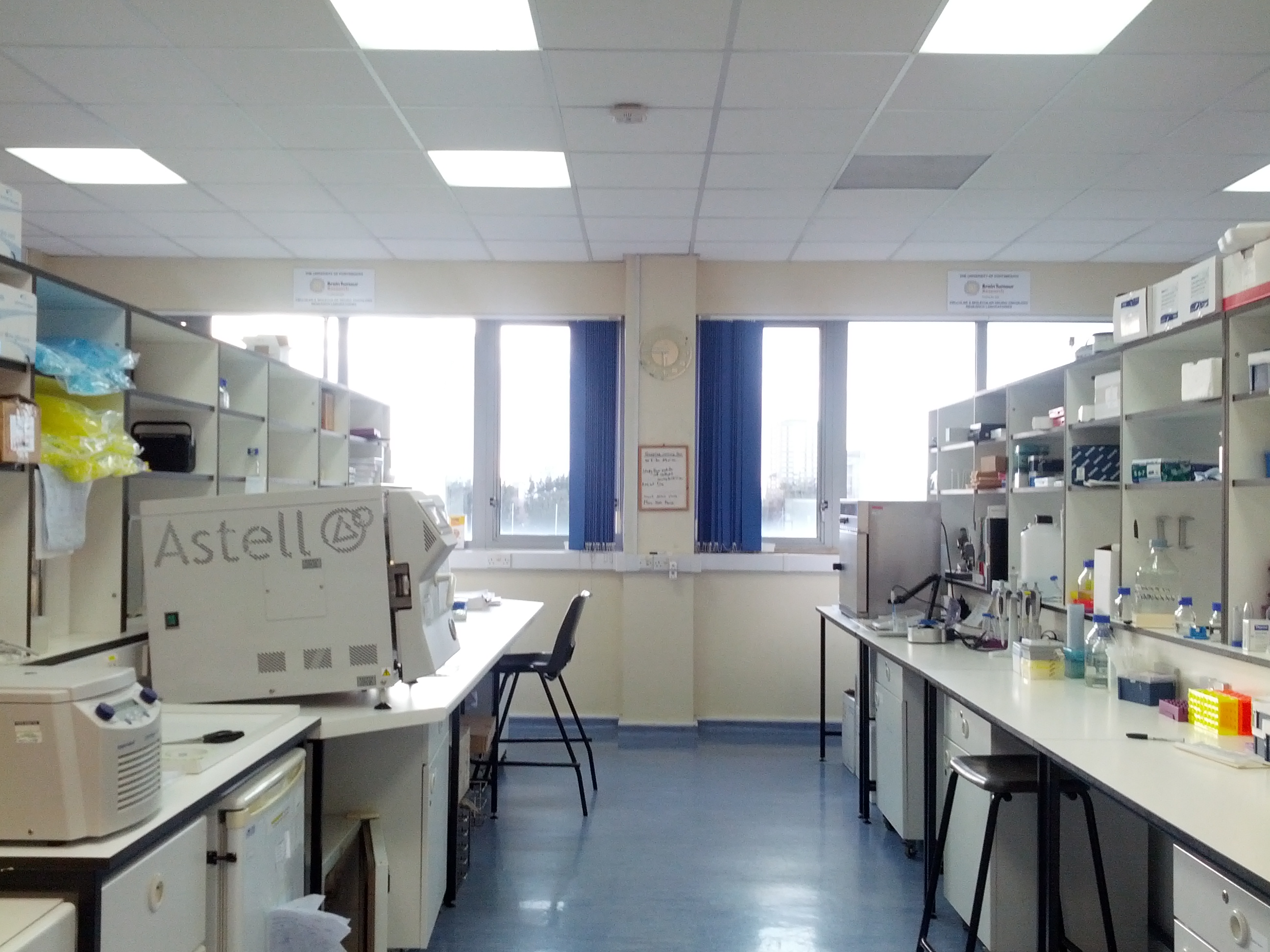 Working within the laboratory environment sees the research staff and artists working in a shared space, with artwork becoming a part of the laboratory environment. The relationship allowing for artistic insight in to the latest treatment research and the scientist an appreciation of creative processes and different patterns of thought. The project has included workshops with scientists as well as patients, collecting stories and aiming to “fill the gap in understanding”; having perspective on cancer analogies, unique sensory & cognitive effects of these tumours due to their location in the brain and patterns of cells and diagnosis & treatment. The creative work aims to engage with all and to broaden the horizons and enhance the skills of both artist & scientists, through this particular interdisciplinary research. 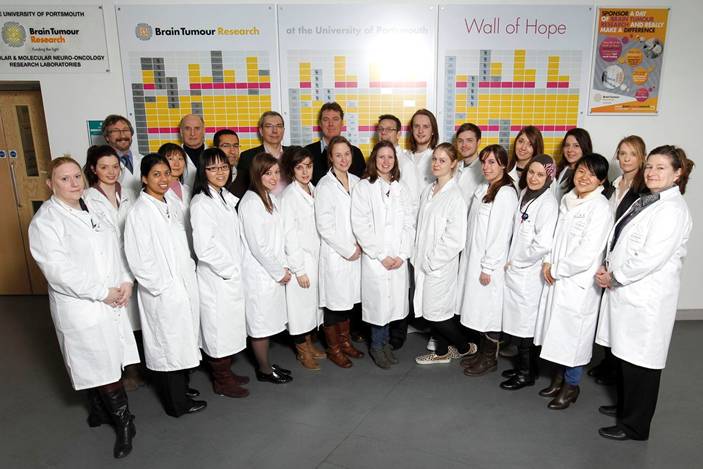 Immy’s work includes ‘Heterogeneity Experiment: Ink, SciArt, and Brain Tumour Heterogeneity’ which explores heterogeneity between brain tumours, through making art at the lab bench. The ingredients used are primarily inks – ultramarine and magenta. Other constituents include water and lab filters. Every filter contains both colours. From this limited palette of ingredients are made an array of unique patterns – more than 120 of them. The components are few but the outcomes are complex, heterogeneous:

“The cellular components of your brain are primarily neurons and glial cells. Neurons get a lot of the limelight, however glial cells – including astrocytes and oligodendrocytes – play a crucial role in brain function, and neurons are lost without them. Other constituent cells include pericytes and endothelial cells in the brain’s blood vessels, microglia (immune cells), and ependymal cells (which line brain ventricles). From a limited palette of cellular ingredients, all the fascinating machinery of your brain is created.” – Immy Smith 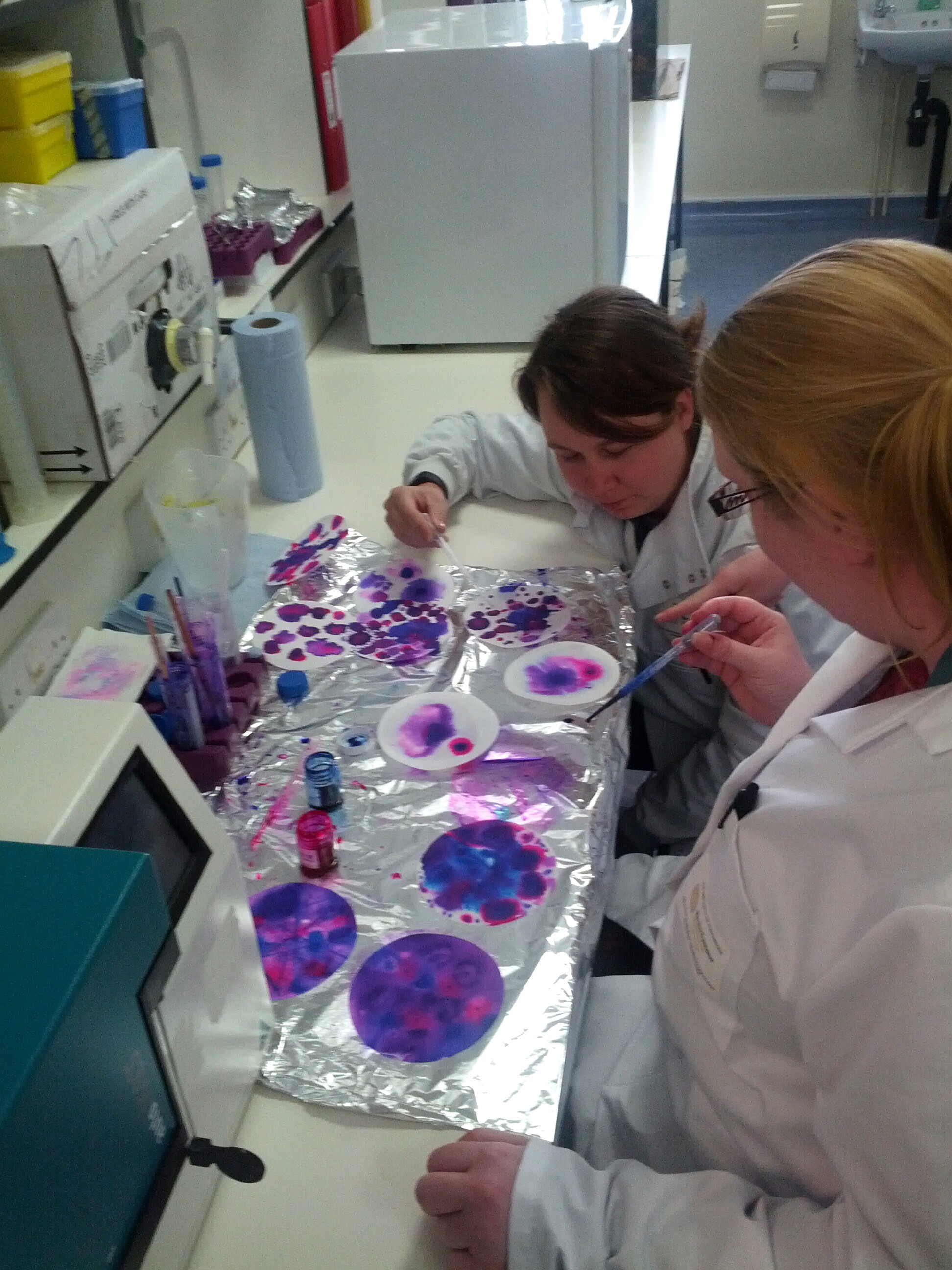 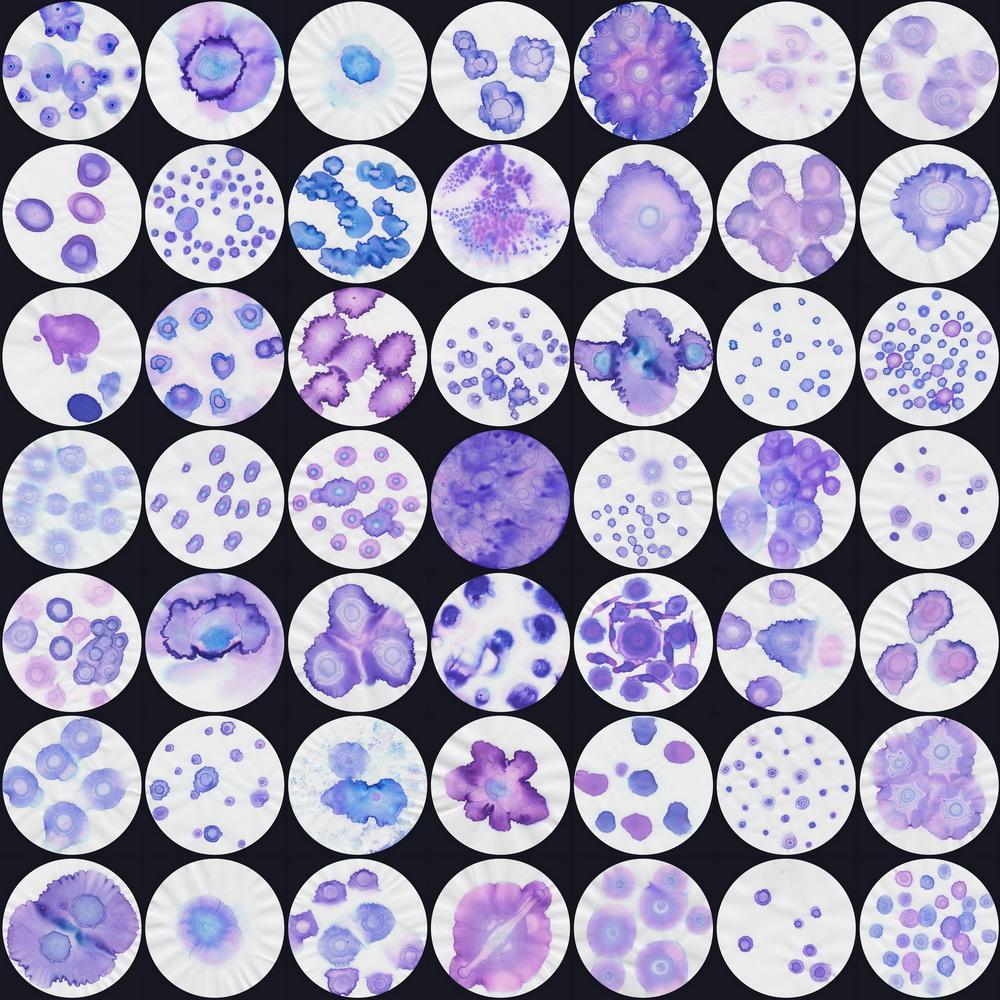 Another part of work produced during this pilot project are Immy’s Ugly Objects experiments:

“Some of the scientists here expressed a wish to depict brain tumours as something ugly – rather than using images of cells which are often quite beautiful. While this project is about using recognisable or non-exclusive imagery (so I wouldn’t use scientific images of cells anyway) it raised many interesting ideas. I previously discussed the scientists feelings of the dread and awfulness, that they associate personally with brain tumours as cancers. Another interesting idea was; what is ugly? Is what we perceive as ‘ugly’ in any way universal? What are common features in people’s descriptions of ugly? Can we use this as something recognisable, something not exclusive to science or art, with which to communicate about brain tumours? I don’t know the answers to these questions, but I know it’s harder to draw ugly than you might think.” – Immy Smith 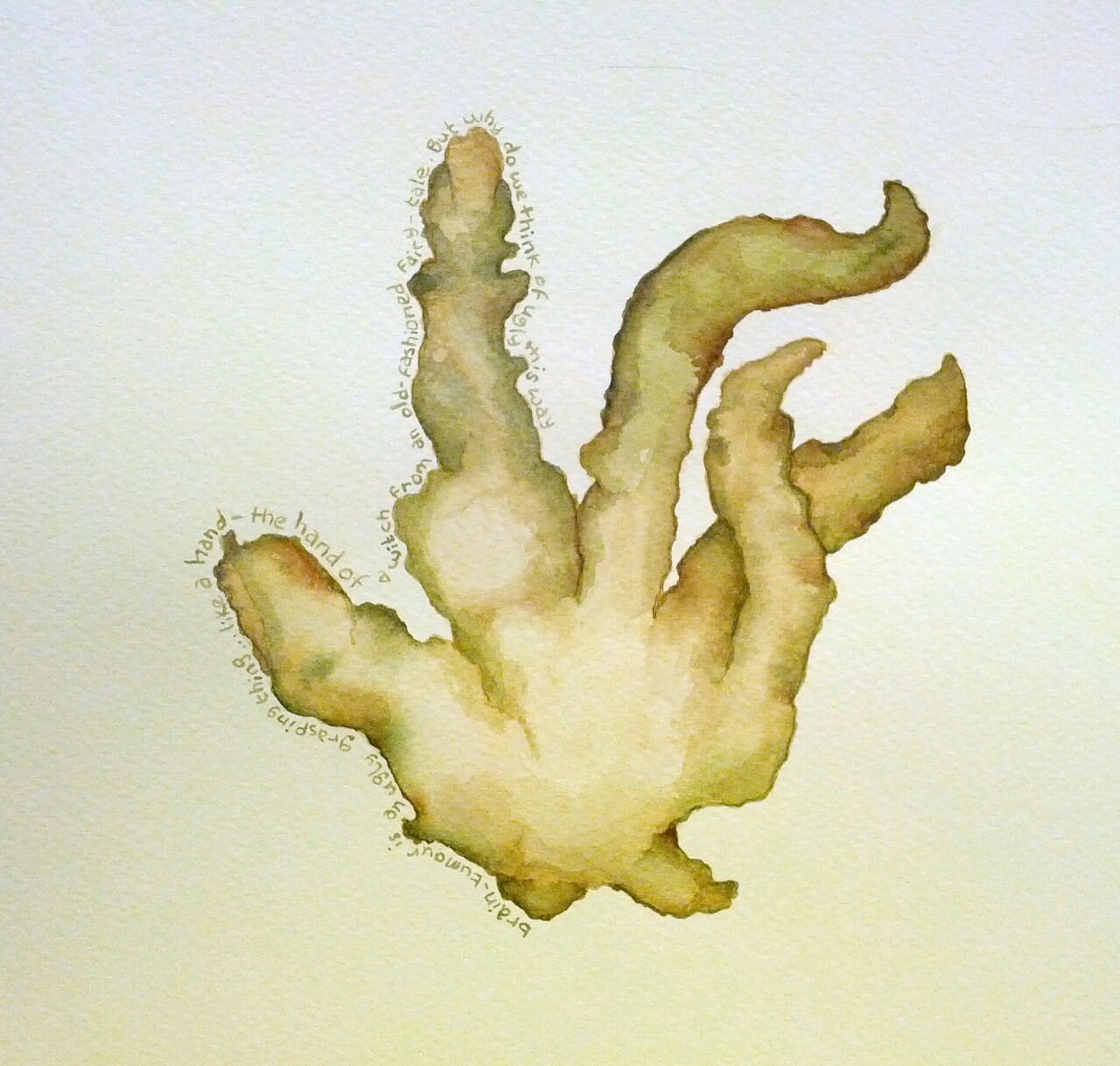 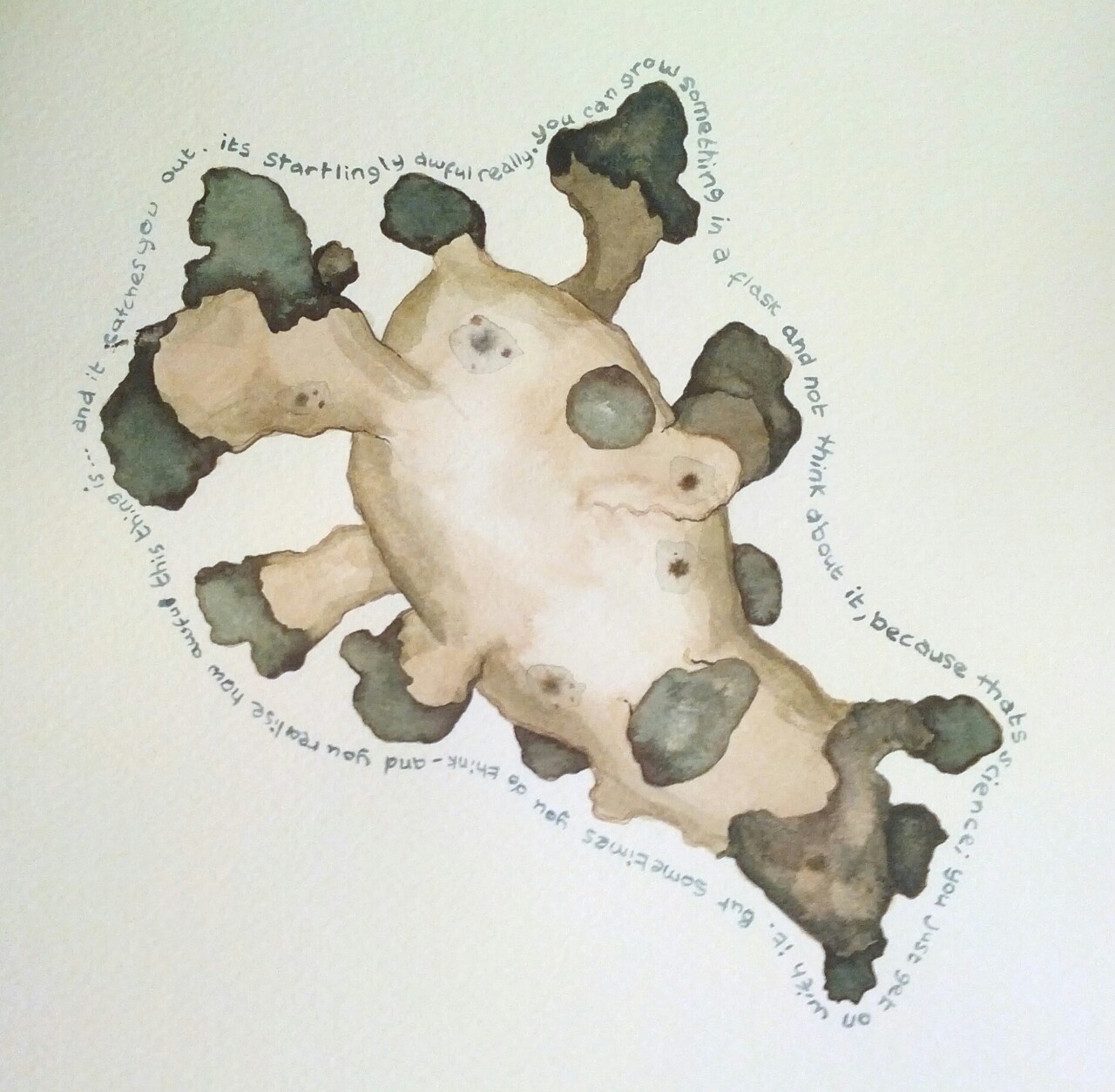 Immy is working towards an upcoming public exhibition, with permission to use the event to fundraise for the charity Brain Tumour Research. We’ll let you know more details on the upcoming exhibition and the work included soon. For now, if you are interested in finding out more about Immy’s work you can visit her websites below: 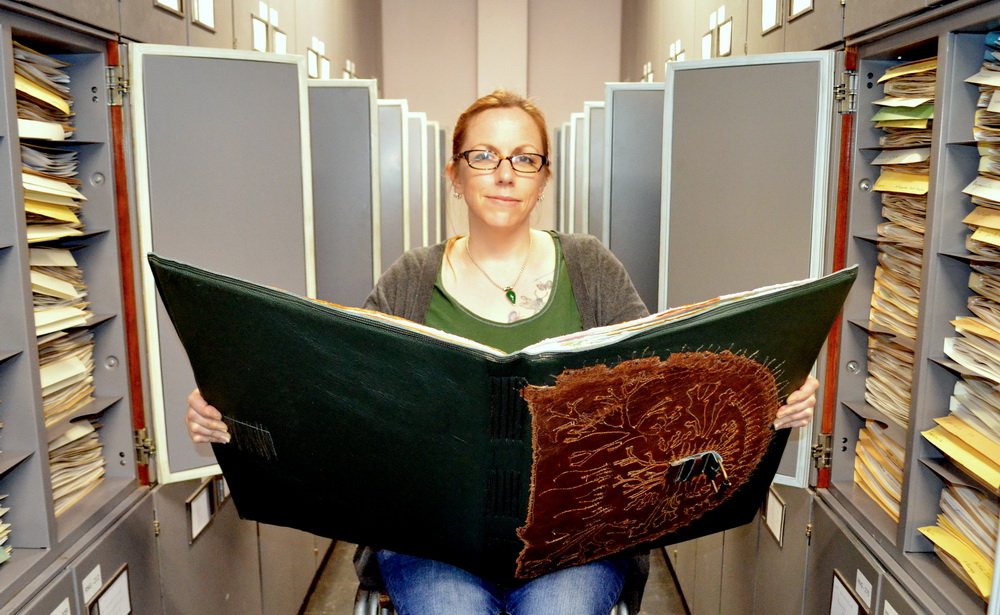