Welcome to the first part in a new series named ‘Dwelling’ where we will be exploring the homes and spaces of local people. With a population of over 200,000 and a greater living density than London the variety and style of homes in our city is diverse, interesting and surprising.

For our first instalment we didn’t visit a grand luxurious residence but a one bedroom basement flat in the heart of Southsea which is rented by Anna Quinton and her fiancé Rudy Zissou. In my opinion a far more interesting prospect and a much more tangible experience. We would like to thank them both for allowing us to document their home which is brimming with collectibles, memorabilia, vintage style and charm. How long have you lived here?
Five months, when we moved in we took a whole week off work and put up all the pictures and arranged everything. So now we feel really settled.

Who or what has influenced your interior?
Anna: The 1950’s to the 1970’s and especially things like kitsch 70’s prints.

Rudy: 8o’s pop culture which is something I have carried through from my childhood. I have an older brother so he influenced me a lot growing up. My passion for collectibles and toys like Transformers means that now I’m older I can track down and afford more expensive and rare items.

Is there anyone whose interior or design style you admire?
Anna: Emily Chalmers is up there as one of my favourites, I have books on homespun style but I enjoy sourcing my own items. If I like it that’s what matters, it’s my home after all.

Pros and cons of your home?
Anna: Our home is really welcoming , homely, bright and colourful. It reflects our  personalities. A negative is some people would say it’s cluttered and it’s hard to keep stuff dust free. The bar area is very hard to dust and Rudy is allergic to dust!

Rudy: I like clutter; it’s kind of a style in its own right, you should have objects because you like them and not because you want to show off.

Anna: I have collected for a longtime and some of my stuff has been in storage for up to 5 years like the bar and some of our pictures but I knew that one day I would have the room for them. At some point we may own our own home which will be bigger. With car boots and thrift shops it’s an on-the-spot decision and you can’t go back and buy something you like later. You have a cat, do you think having a pet makes a house a home?
Anna: Yes, Luna our little kitty, definitely. As soon as we moved in I really wanted to get a cat. Rudy has never had one but it’s like a little family now. To look around you might think we’re quite materialistic people but we aren’t. I know some people avoid having a pet because they are worried about the damage and Luna has scratched up all the side of the sofa but she is more important than the sofa to me.

Tell us about your neighbourhood and any future plans?
Anna: We love it here (Southsea), I’ve grown up around the Albert Road area and feel very much at home. There are beautiful Georgian houses on our road and we live in the basement of one but it lacks any period features. It’s quiet and residential and not far from The Dog. The garden is very peaceful but we don’t use it enough.

Rudy: I’m about to start an architecture degree, seven years of hard work. I would like something like a water tower in the future.

Anna: Something we can renovate, I’m not into ultra modern so something like a barn would be great.

You can view all the images of Anna and Rudy’s home here: Dwelling In Portsmouth. All images by Josh Knill. 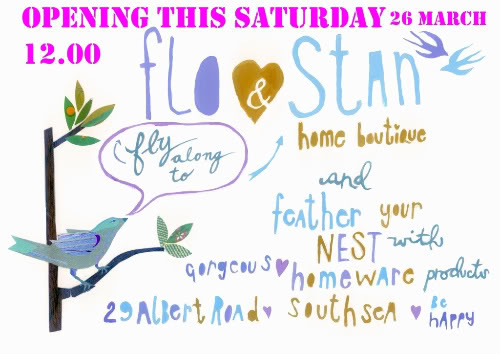