The Portsmouth Summer Fair and..

In the artist’s first solo show in Portsmouth, Knox exhibits his new collection of work titled Party Animals; a series of paintings that illustrate not only his development since graduating from art school last year, but also his new found spontinaneity and energy in his practise. Recently taking studio residence at ArtSpace, Knox has been free to explore techniques of drawing and experimental ways of working resulting in the realisation and signficance of line.

In the past year, Knox has exhibited at 1000 Lakeside, Garbos Hair Salon and Portsmouth Guildhall and last summer exhibited work at the Signal Gallery and Truman Brewery in London. In Party Animals, Knox invites his audience to engage with his new body of work and the dialogue between art and the act of creating, celebrating a milestone in his artistic career. 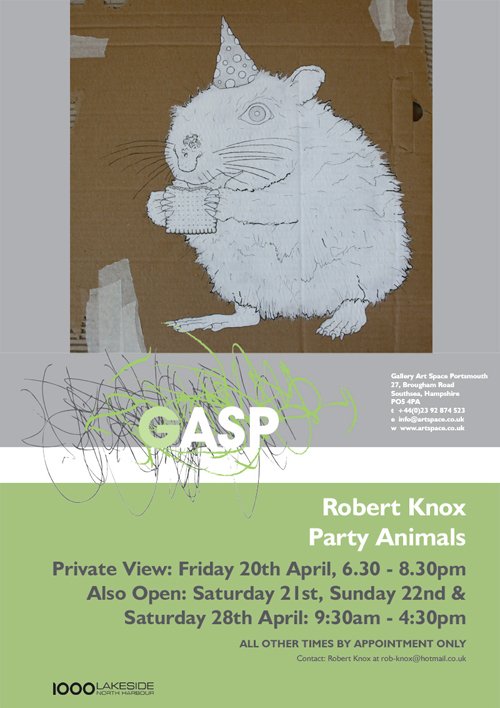