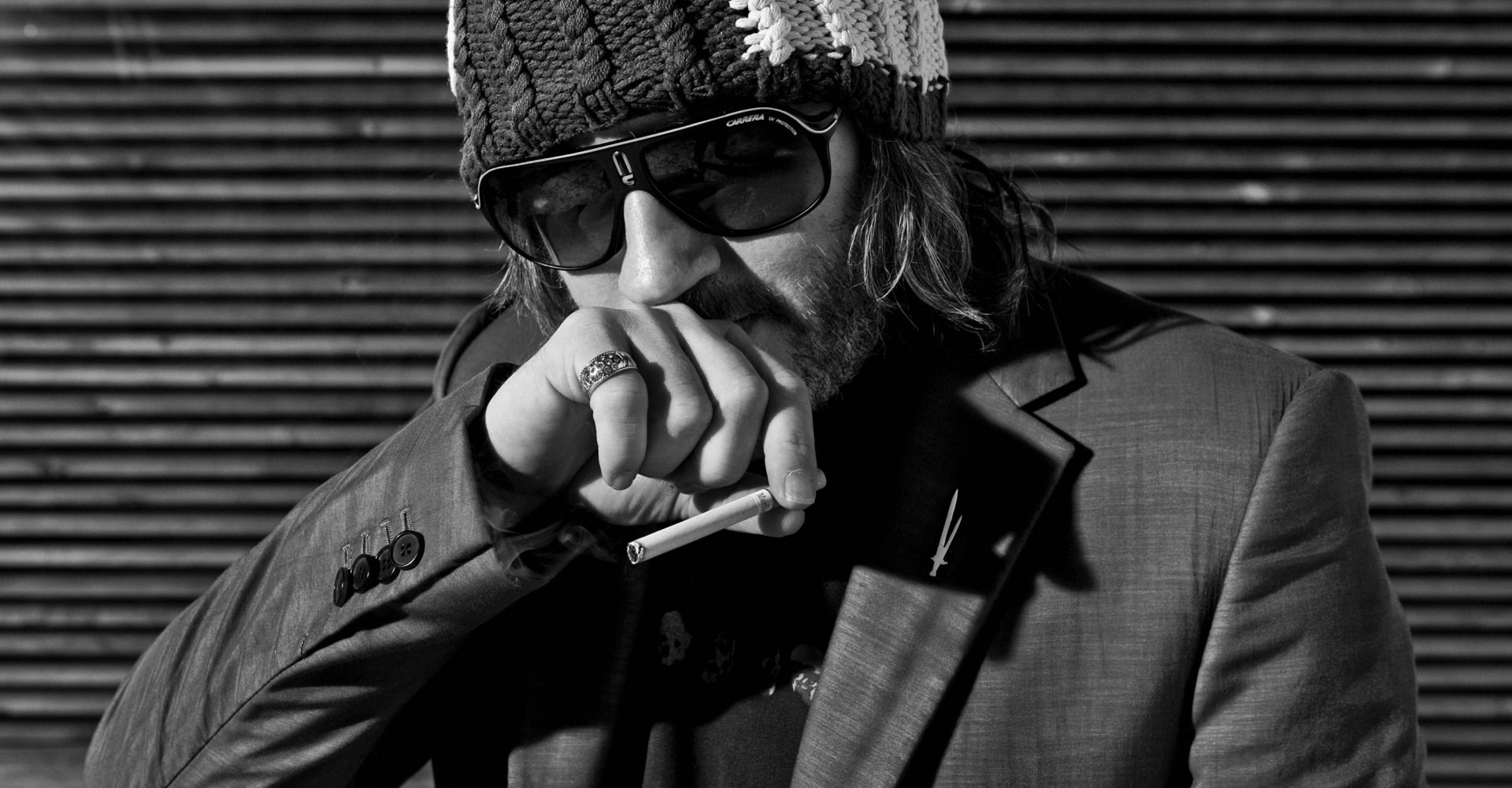 Is there any more gorgeous start to a record than Badly Drawn Boy’s ‘The Hour of Bewilderbeast’? Opening with the luminous track ‘The Shining’? it’s slow, maudlin strings gently lead to a stirring melody being played on the trumpet before a flicker of guitar builds to Damon Gough’s delicate vocal delivery. The album won the coveted Mercury Prize that year- beating the likes of Coldplay and Doves along the way – and is a classic turn of the century, post-Britpop record.

Despite the success of Gough’s debut album a lot of early press coverage focused on his live shows and the singer’s often unpredictable nature. Perhaps in some way this was due to his interesting mix of soundscapes he was experimenting with – his songs seem to be influenced by everything from British folk, 60s pop, Springsteen rock and even hip-hop along the way which helped give him the nickname of the ‘British Beck’. However, it wasn’t just this musical dichotomy which many a music journalist wrote about but also Gough’s on-stage antics and persona. In between five star live reviews – I was lucky enough to see one in Sheffield – some shows seemed to highlight a singer songwriter who seemed pissed off with his new found fame whilst others talked about ramshackle sets almost akin to stand up routines.

Despite this, the critically praised songs kept on coming and two years after the success of ‘Bewilderbeast’ came two follow up records in the same 12 months. First up was his soundtrack album to the Hugh Grant film ‘About a Boy’ and is my favourite BDB record. Produced by Tom Rothrock the record is a rather sprawling 16 tracks but there’s a liberal dusting of folk pop magic throughout.  Whilst ‘Something to Talk About’ is more akin to Elliot Smith (producer Rothrock was a collaborator of Smith’s) ‘Silent Sigh’ comes across like The Waterboys or even Prefab Sprout. My favourite track though is ‘File Me Away’ one of those often forgotten about album tracks but it’s a proper little musical gem.

His next record – and second album proper – ‘Have You Fed the Fish?’ quickly followed.  A slightly more polished LP than his debut, the record still has the warm, earthy quality of the first and contains a number of memorable moments, including his first top ten single ‘You Were Right’ – it’s Kinks-esque melody juxtaposing it’s lyrical theme of missed opportunity and lost love.

Later records like 2004’s ‘One Plus One Is One’ and 2009’s ’Is There Nothing We Could Do?’ continued to impress – the latter’s lead single ‘Year of the Rat’ is ace whilst the former’s title track is a beautifully subtle masterpiece. Despite seemingly shying away from the mainstream – his last record release was in 2010 – the live shows have continued and in 2015 he celebrated the 15th anniversary of ‘Bewilderbeast’ by taking the album on the road to huge critical acclaim. His music continues to charm with it’s mixture of acerbic wit contrasting with beautiful consonance and this is what Badly Drawn Boy does best. Irresistible, luscious melodies, sometimes veering into completely unexpected avenues, all wrapped up in lyrics that often seem to be in opposition with this musical enchantment – laments, swipes at celebrity culture or even self-deprecation. Together, it works so well and at 4.20pm on Saturday afternoon those in attendance at the Common Stage should be in for a treat.