From Canada to Southsea: Mount.. 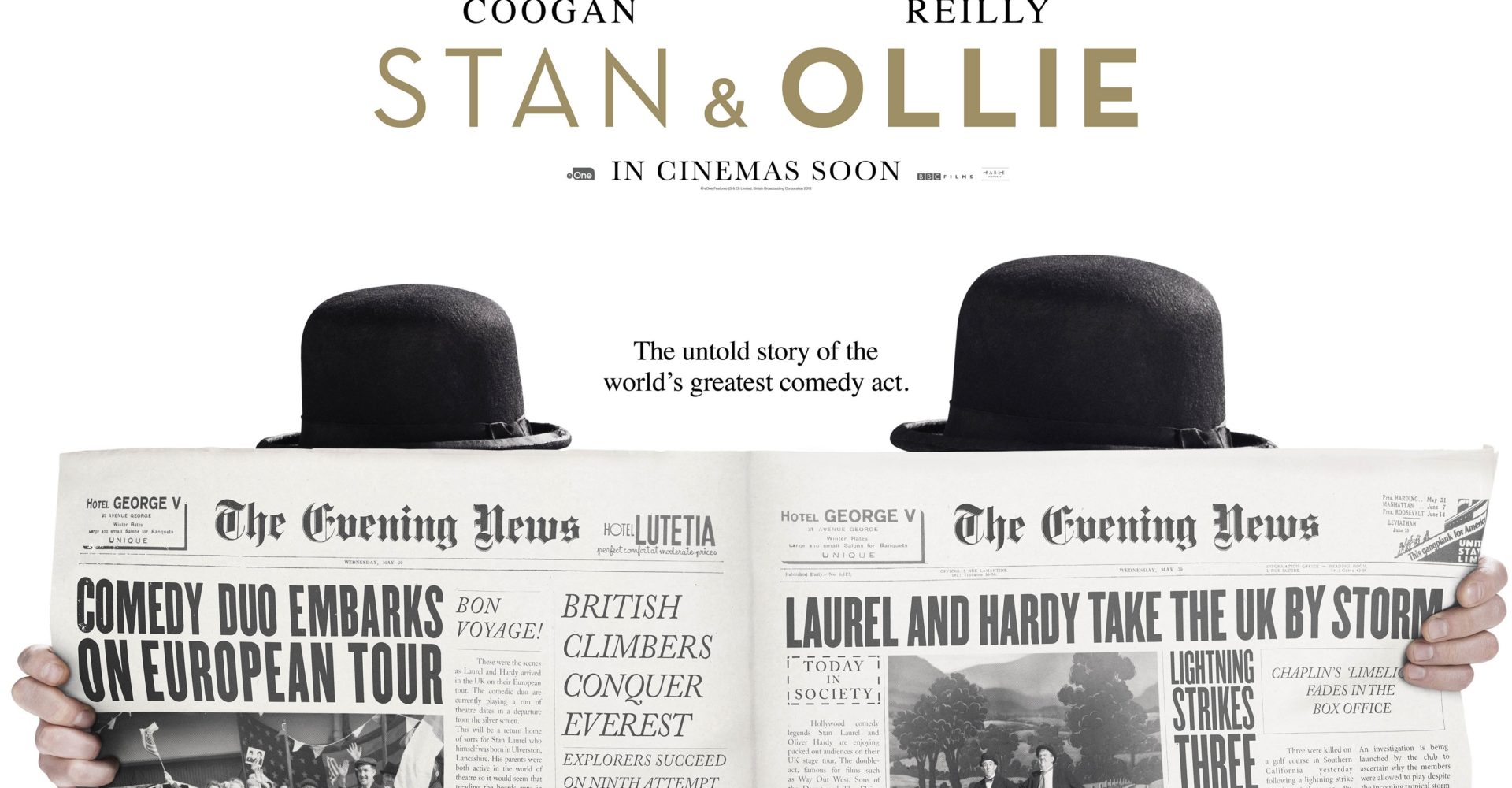 Despite its clear-cut title, Stan & Ollie is not the obvious Laurel & Hardy biopic. It may start with the pair filming arguably their greatest 60 minutes, Way Out West, (very much the obvious place to start at least), but this is not a film about performers at the top of their game, or indeed a cradle-to-grave-or-close-to-it in the shape of Ray or Bohemian Rhapsody.

Instead, Stan and Ollie is the exploration of a friendship between two older men long after the golden years have passed, and how they respond to a betrayal and the ensuing repression. Fifteen years after Way Out West, we find the two of them on the scrapheap, finishing their final shows during a tour around Britain and Ireland.

Much remains unsaid between them, and the pair seem to be in denial of their love for each other for most of the film: they discuss an almost mythical future Robin Hood film project in forensic detail, rather than engage in small talk or delve into each other’s lives. However, the warmth between the two could comfort the coldest of hands against the cinema screen, and much of that is down to the astonishing performances for the leading men. Both Steve Coogan and John C Reilly (Laurel and Hardy respectively) go to great lengths to resemble their subjects physically and vocally, but it’s the emotional depths they go to that makes you forget you aren’t watching the real stars. So, while the recreations of stage routines (best of the lot being a stunning “double door” tour de force) are genuinely laugh out loud funny, there’s real bitterness in moments, such as a party argument that onlookers think is a routine; and quietly devastating heartbreak as a serious illness threatens to derail the pair’s final days together. The stark contrast between hilarity and melancholy lends the film its emotional punch, and that’s in spite of some conservative directorial tics from John S Baird and an occasionally fusty script from frequent Coogan collaborator Jeff Pope.

Elsewhere, able support is lent by Nina Arianda and Shirley Henderson’s chalk and cheese wives (“two double acts for the price of one!” one character nimbly observes) who humanise the central pair and get in more than a few chuckles of their own, while the recreation of small-town post-war British theatre feels authentic and lived in. Stan & Ollie is, if nothing else, old fashioned, but there’s no doubting its power to leave you as a nice mess of emotion by the time the credits roll.