After a very busy 2017 of exhibitions, Play Dead kicks off 2018 strongly by hosting a new solo show ‘In Quiet Desperation’ featuring new work by street artist Korp. Korp from Peterborough has been a visitor to Portsmouth a bunch of times in recent years, including a previous solo exhibition at Play Dead back in 2016 as well as being part of the crew of artists who took part in the first Head Jam in 2013 too. The work on show in ‘In Quiet Desperation’ sees Korp further explore the other side of persona, the masks we wear and the places we go when we are alone. Bringing to the surface all the the things we suffer in quiet desperation.

This new show runs for 6 weeks beginning with a preview night on the 20th January starting at 7pm. Keep up to sped with developments with the Facebook event. 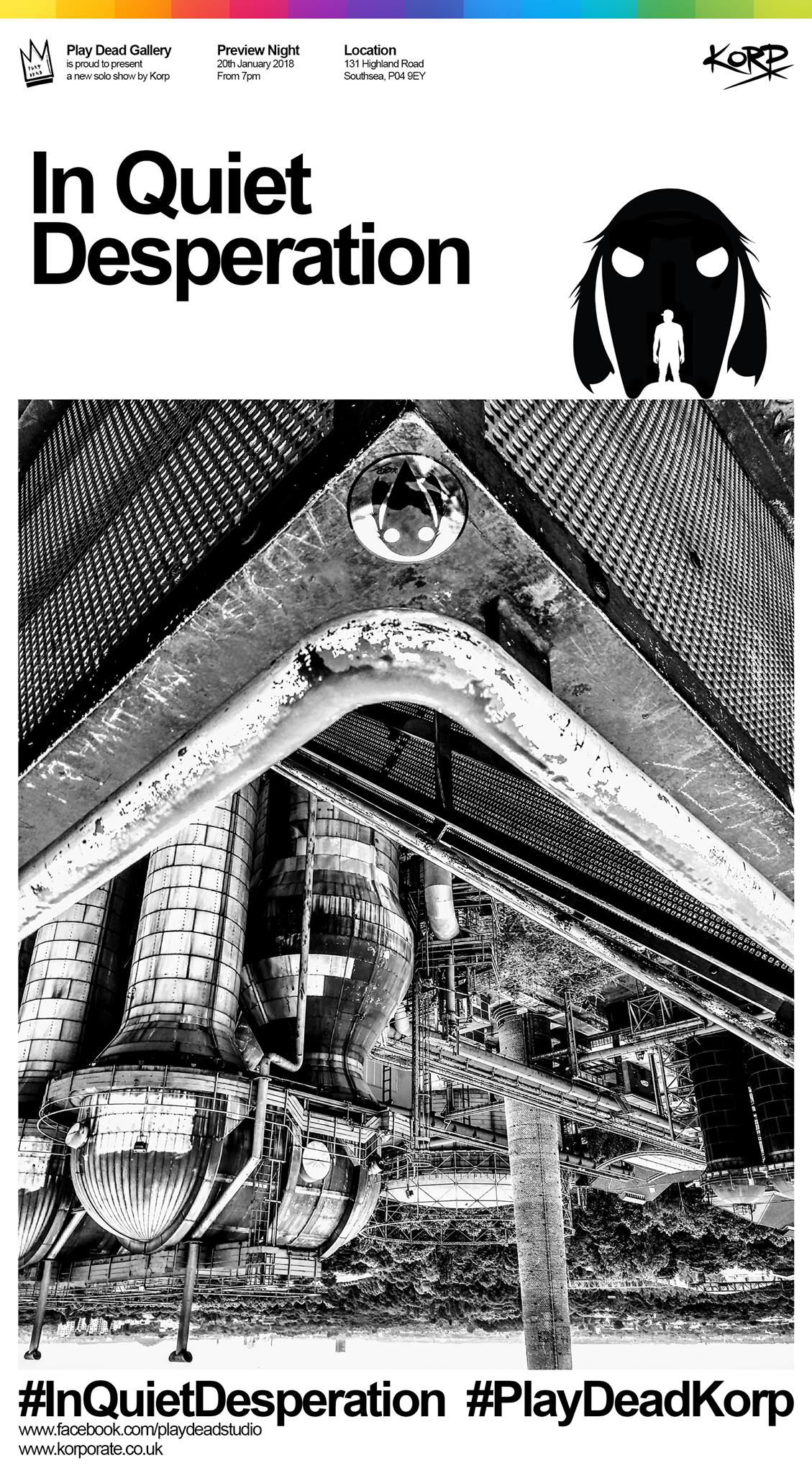