Tonight (25th July) sees Portsmouth street dance crew Most Wanted Dance’s very first hip hop physical theatre production at the Wedgewood Rooms. ‘Choices?’ sees Most Wanted exploring the power of choice and how it can empower or disempower you. As well as Choices? there will also be a variety of Pre Show performances from the following:

The evening also sees the debut viewing of Most Wanted Dance new promotional video, made with Strong Island Media.

Find out more at www.mostwanteddance.co.uk/choices 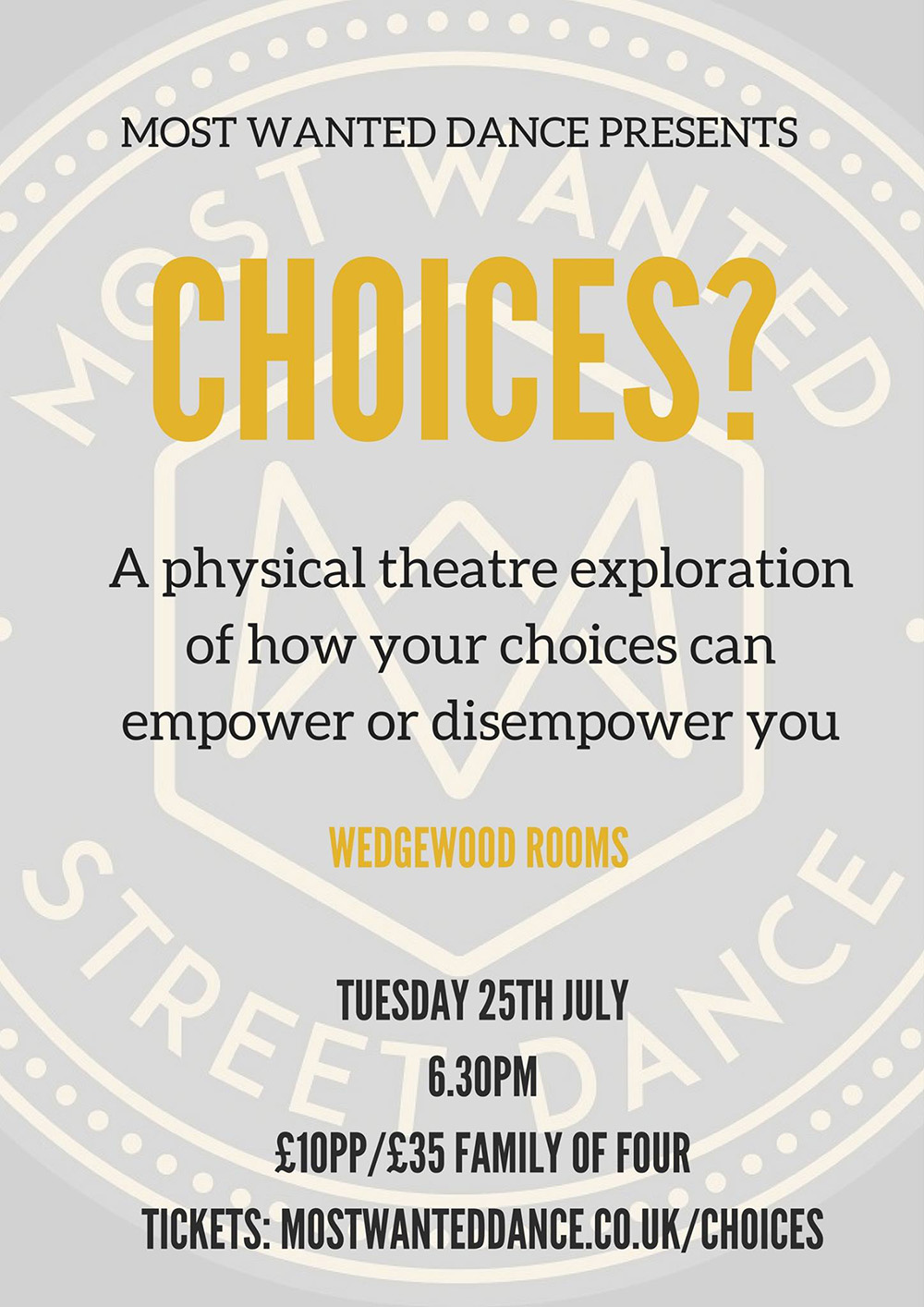 Most Wanted, The Wedgewood Rooms