On your next visit to Portsmouth City Museum be sure to keep an eye out for a new addition, on loan from the Tate is one of the best paintings of the bombing of Portsmouth: ‘Night Raid on Portsmouth Docks’ by Richard Eurich (1903-1992).

The naval dockyard at Portsmouth was heavily bombed during the Second World War along with many other strategically important ports and industrial cities. The Ministry of Information sent artists across the country to record such attacks. In Portsmouth, Eurich made the drawings for this work ‘the day after the heavy bombing partly due to the presence of two battleships in the harbour’. As a guess from the perspective, possibly made the drawings up the Semaphore Tower.

At the centre of Eurich’s composition is a vessel from an earlier conflict, HMS Victory, Nelson’s flagship at the Battle of Trafalgar in 1805. Its presence in the composition recalls a glorious naval history amid the chaos and destruction of the Blitz.

The painting will be on display in the Edward King exhibition until end of June 2017.

Find out more about Portsmouth’s museums at: 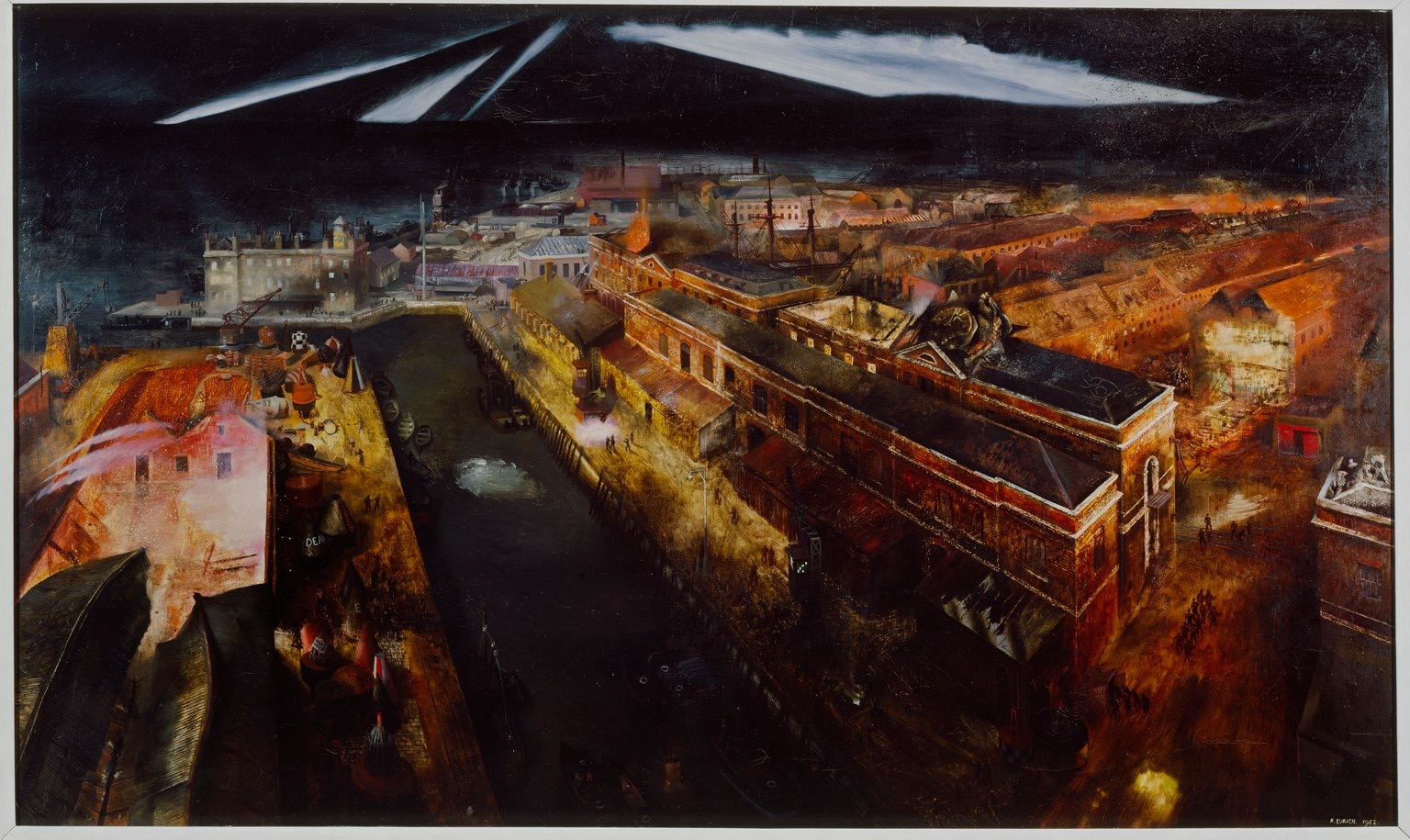