University of Portsmouth Student Film Becomes We A... 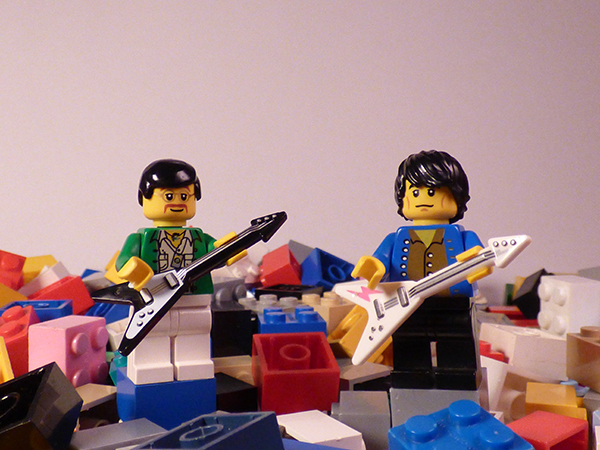 A University of Portsmouth film production student who made a fan video in tribute to We Are Scientists has now had the video adopted as the band’s official video. Oliver Moore’s labour of love stop-motion film, made using Lego, was for the song ‘Headlights’ for the New York band he has followed since he was a teenager: “I loved everything about them, not only their incredible music, but also their awesome funny music videos and their funny personalities”. When he found himself with some time on his hands, he decided to try paying them a tribute.

With a Panasonic Lumix Fz72 camera and despite having no experience in stop-motion filming, followed some online tutorials and got on with it. More than 3,000 pictures taken over two months followed by a lot of editing later, the film was finished. Oliver posted it on his YouTube channel and then emailed the link to the band “and prayed and hoped”. Within just a few hours he’d received an email from one of the band praising the video and asking if they could post it on their YouTube channel. “I was ecstatic,” Oliver said. “He told me how much the band liked it. I was beyond elated.” The band’s label, 100% Records, had also seen it and wanted to use it as THE official video on the band’s VEVO page.

Making music videos might now become an ambition for the student who, until now, had been thinking about becoming a playwright: “I love music and the short video format and both together is the dream job for me. With music videos you have the freedom to create in whatever medium, whether it be live action, animation or illustrations”.

You can watch the video below:

University of Portsmouth, We Are Scientists