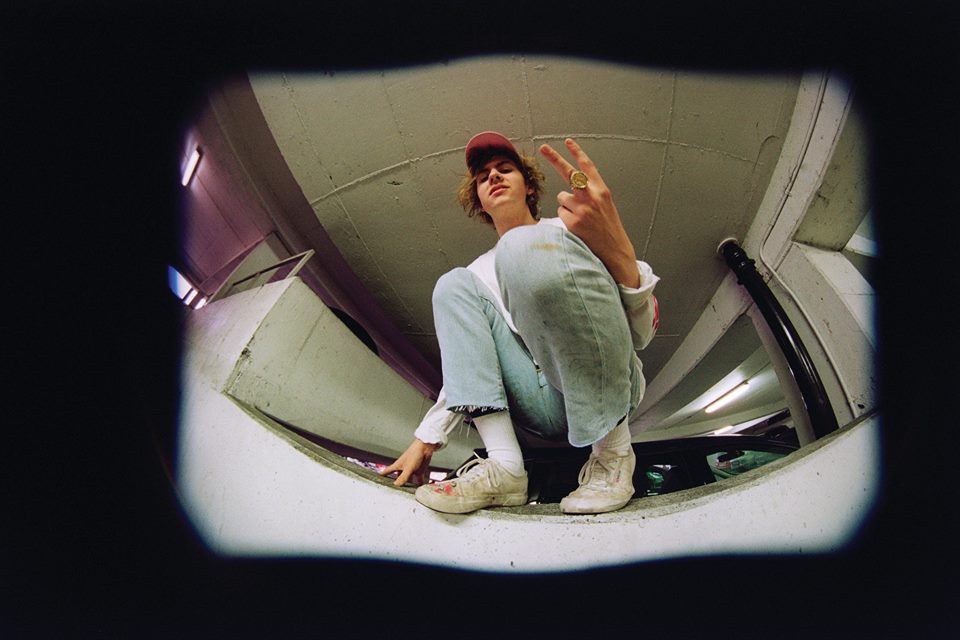 Full disclaimer: I’m originally from Essex and grew up in my formative years skateboarding in Chelmsford, so I’ve got a soft spot for RAT BOY, who brings fresh energy with songs that touch on being young, right here, right now & with a dose of referential humour…and in a rad way references some classic Essex 1990 sounds like Braintree’s the Prodigy, and in particular Harlow’s Collapsed Lung (forget the ‘Eat My Goal’ breakout song for Euros 96…go back to their early 90s fun, in-joke ‘Thundersley Invacar‘). RAT BOY’s infectious and frenetic ‘Move’ is a prime example. Stoked to see RAT BOY is on the up and up with a sold-out UK tour in May which included headlining Brixton Electric, and the rise of RAT BOY continues with the confirmation of his largest headline tour to date kicking off in September, with a date with the Wedgewood Rooms in Southsea on the 29th.

It’s been a busy year for RAT BOY so far, featured on the BBC Sound of 2016 longlist, the MTV Brand New for 2016 shortlist, nominated for Best New Artist at the NME Awards, and played his own biggest headline tour, he’s also preparing to introduce himself to his biggest audiences so far when he plays festivals across the UK and Europe this Summer, including Glastonbury, Latitude, Reading and Leeds

Building a reputation as a riotous live performer (an NME Gig of the Week review stated “Essex indie rapper Jordan Cardy destroys the kitchen at a chaotic house party gig” and his performance at Heaven received a 4* live review from The Times), every single RAT BOY headline gig has been sold-out. SO GET INVOLVED.

Tickets went on sale for this show this morning, tickers are £13 and available from the box office and online HERE. See you there.

P.S. If anyone wants to book Collapsed Lung, who still tour, to play in Portsmouth, you would be a hero.