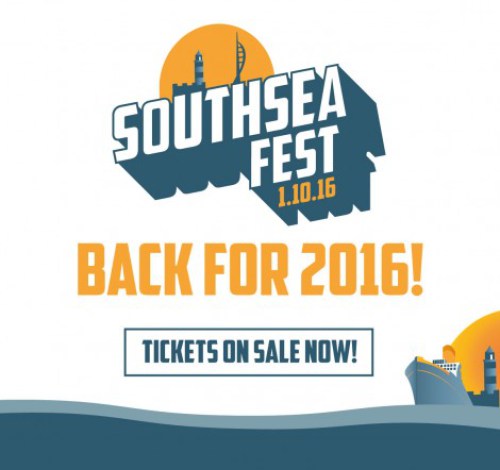 One of the country’s leading new music, metropolitan festivals, Southsea Fest is returning for 2016 on it’s 10th anniversary and it will be the biggest one yet taking place across 20 venues in Southsea where over 100 acts shall be gracing the many stages including The Pyramids for the first time.

As many of you may be aware the one day, multi-venue festival taken a short hiatus in 2015 (which saw the collaborative Dials Festival keep the seat warm until the return of Southsea Fest this year) and will be returning on the 1st October where tickets are just £20 in advance which will allow full access into the 20 venues.

Across the years everyone from Drenge, Bastille, George Ezra, Temples, Pulled Apart by Horses, Blossoms and Django Django have played in the intimate venues Southsea Fest has had to offer and this year Southsea Fest will be continuing the spirit of championing the best new acts in emerging music across the U.K and beyond as well as supporting local acts and promoters.

The line-up and all the venues involved will be announced over the coming months so keep an eye out for on Facebook and Twitter for updates. In the mean time block out Saturday 1st October in your diary and be sure to get your tickets here.