The Real Escape – a live exit game, the first of its kind in the region – is coming to Portsmouth this month. Hungarian owner Andras Szabo and his wife Agnes invited me in to find out more.

When I say invited me in, I mean I had a short tour of the corridor and was promptly whisked upstairs for a cuppa. It’s a closely guarded secret and they weren’t taking any chances of me giving the game away!

Portsmouth’s social media community has been equally intrigued, with a promising response so far – a week after announcing that the experience is coming to Portsmouth and bookings are flying in. But what’s it all about? Basically you and a few friends are locked in a room and you have to solve puzzles in order to escape.

Themed “The Chamber of the Deep”, their first escape room is inspired by Portsmouth’s rich maritime history. Although the couple explained that it has something to do with the sinking of a 15th Century ship and being locked in the Captain’s Cabin, they remain tight lipped about everything else.

The Real Escape has already hosted four lucky test groups to try out the game, which has helped the team refine the experience. It’s difficult and challenging, but it’s also important to them that customers come away with a sense of success.

The Real Escape’s game developer, also from Hungary, has plenty of experience, having developed many exit games in his native country. This is his first in the UK and he’s been present for the testing stages. Andras and Agnes worked closely with him on The Chamber of the Deep – coming up with the theme and deciding how difficult it should be. The couple refer to him as a genius.

“We wanted to invest in a quality game experience” says Andras. “It’s been between six months to a year in the making, and we’ve been refining all the way”. Even once a game is up and running, the developer never stops – he’s continually perfecting things. To find a game of similar quality in the UK, you’d have to head to London.

Andras has been a taxi driver in Portsmouth for the last five years and before that he was a quality manager in London. Agnes was a nurse back in Hungary and has worked in Germany, studied in the USA and ended up in Austria where she and Andras met. The couple married in 2015 and Agnes joined Andras in Southsea.

Andras had already had the idea for starting an exit game, having come across one a few years ago (he’s played 25+ games and visited almost 100). While he was driving taxis he was also looking for suitable venues – and even soliciting opinions about an experience like this in the city. People’s reactions were encouraging and in January this year they finally signed the lease on 257 – 259 Commercial Road – and then the real work began.

I asked if the games would be scary or frightening (having experienced a ‘locked in a room with a zombie’ game in the US) – and was assured that it’ll be nothing like that, but it promises to be mysterious and perplexing.

Agnes explains “Once you’re in the room you lose all your boundaries – for that one hour, your only goal is to find a solution. People show a side to their personality that they don’t normally display and it’s fascinating how the teams react with each other. Real life flies away.” Explaining that cooperation, concentration and communication are key, Agnes says that you can really lose yourself in the game – making the escape room itself a form of escapism.

The experience is bound to be popular for corporate events, birthdays and other celebrations. Even stag and hen groups will find it fits the bill. Although no alcohol is allowed, it makes the perfect precursor to a night out – offering a shared experience and breaking down boundaries before the partying begins. The bigger the team, the greater chance of success (and, incidentally, the cheaper it becomes per person).

They’ve also teamed up with the Mezanotte Coffee Lounge above (somewhere I never knew existed, until now) to offer packages – whether that’s just to debrief over a cup of tea and a slice of homemade cake or to make it a more celebratory occasion.

The Real Escape has capacity to develop four rooms in total and they hope to have room two up and running by the end of the year – and it’s already in the design stages. They’re open to suggestions from customers who have played the game, as they’re keen to keep people coming back to experience something new. I certainly can’t wait to try it out as soon as it launches.

Opening on 19th March, The Real Escape will operate seven days a week. Cost from £18 per person, to book see www.therealescape.co.uk. 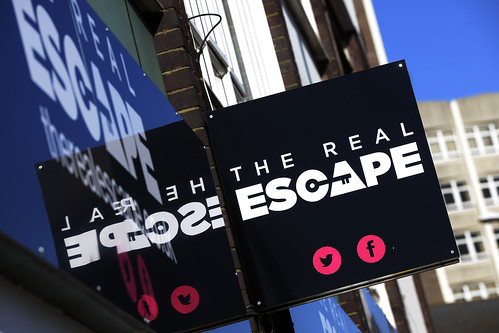 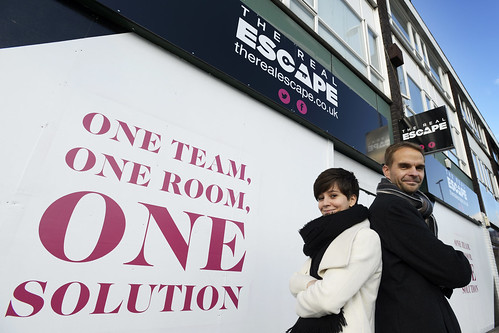 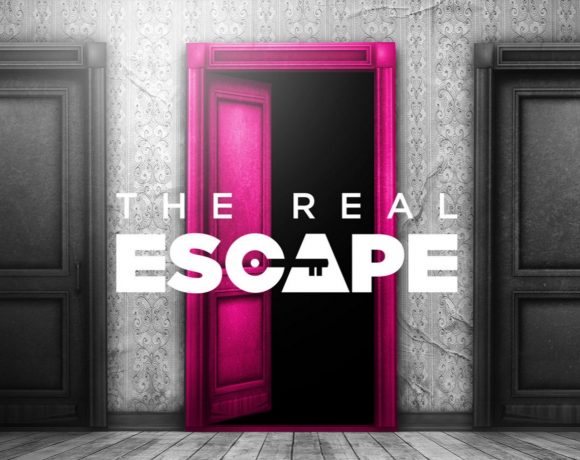