I WAS THERE! Musical Heritage Project With Portsmo...

I WAS THERE! Musical Heritage Project With Portsmouth Guildhall

As part of Portsmouth Guildhall‘s 125th birthday celebrations the Portsmouth Cultural Trust & Strong Island, with the support of Arts Council England, will be running the I WAS THERE! project throughout August, with the aim to collect as many memories of special musical performances at the Guildhall, past and present, as possible. Were you in the audience at that unique show with your favourite band, on stage for the first time, or perhaps part of the team that made it all happen? We’d love to hear about it.

As well as collecting memories we’ll be asking people to send in photos of themselves with treasured mementos from these special moments experienced at Portsmouth Guildhall. It might be a drumstick, guitar pick, set list, poster, ticket, album, photo or even something more unusual! These photos can be sent in via email or social media (see details below) or you can be photographed at special I WAS THERE open days at the Guildhall throughout August. We’ll also be filming short interviews too for a film project.

We will be sharing the memories you have sent us plus your photos and interviews with everyone via social media, building a picture of all of the special experiences at Portsmouth Guildhall throughout its long musical history. You will also be invited to the resulting screening and live performance event as one of our special guests.

Strong Island will be at the Guildhall to receive any contributions between 1pm and 5pm on the following days:
Sunday 9th and Saturday 15th, 22nd and 29th of August.

Find out more at: www.portsmouthguildhall.org.uk

Since the first official announcement of the I WAS THERE project in Saturday’s The News (as part of their comprehensive coverage of the 125th celebrations) we have already had some great memories come in! Keep your eyes peeled for I WAS THERE flyers from the Guildhall, Strong Island Co and lots of other locations around Portsmouth. 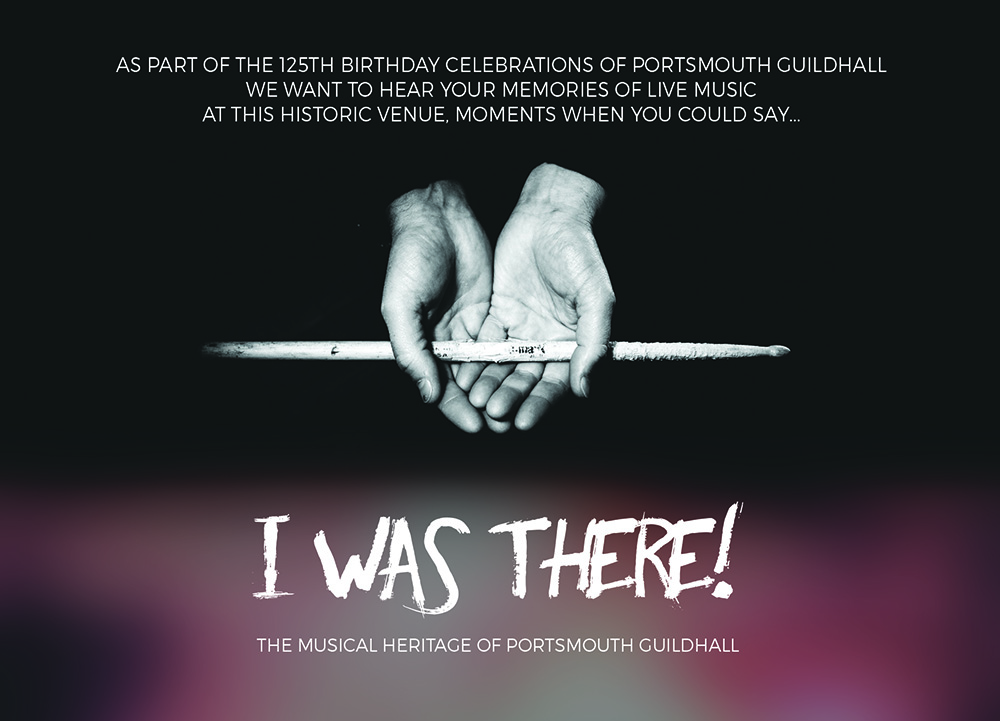 I WAS THERE, portsmouth guildhall