Yesterday the Blissfields team announced the first wave of artists who will be performing at July’s festival.

Headliners on Friday night are The Horrors and on Saturday John Grant. He will be followed by a live set from Simian Mobile Disco who will close festival. For those arriving on the Thursday you will be treated to performances from the regional winners of the Road To Blissfields competitions, as well as a performance from The Correspondents.

Other acts to watch out for include hip hop legend Grandmaster Flash, Glass Animals, Public Service Broadcasting, Dub Pistols and the awesome Cosmo Sheldrake, who you may have seen performance in the Fat Fox during Southsea Fest 2014.

Local artists included are Popobawa. They were in fact the first band to be booked for the whole festival after impressing the organisers at last years Portsmouth leg of the Road To Blissfields competiton. This was actually their first ever live performance as a band! Since then they have been putting in a host of impressive performances including supporting Kassassin Street in their sold out show at the Rifles Club.

Singer Songwriter Floella Grace will be returning, along with Big Child Man Child who are making their festival debut. Big Child Man Child recently stole the show at the Portsmouth Guide Awards with a performance of ‘Worker To The Field’ which included six showgirls from Manic Stage Productions.

The festival is being held from 2nd-4th July at Vicarage Farm, Winchester, Hampshire. Tickets are available via the website here. 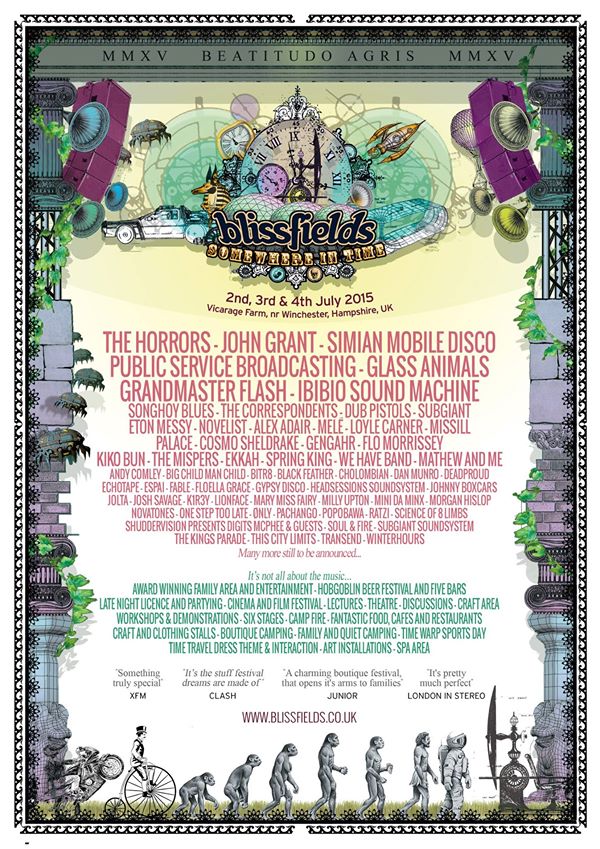