Eleven years on since their debut album, the British Sea Power are still very much one my favourite bands of all time. So you can understand how excited I was to find out that they’d be announced on the Victorious Festival line up.

The band consists of Jan Scott Wilkinson (vocals, guitar), Martin Noble (guitar), Neil Hamilton Wilkinson (bass guitar, vocals, guitar), Matthew Wood; (drums), Phil Sumner (cornet, keyboards) and Abi Fry (viola). The band were conceived in Reading where they were attending university. It is there that they released a four track demo as the British Air Powers, before moving to Brighton and becoming what we now know to be the British Sea Power. They began to gain quite a following by hosting their own club night ‘Krankenhaus’ which was most frequently hosted at the Freebutt and the Lift clubs.

The bands debut album ‘The Decline of British Sea Power’ was released in June 2003 to critical acclaim and led to a hugely successful tour. In 2004 they were recognised by Time Out as ‘Live Band of the Year’ and 2008 they were also nominated for a the prestigious Mercury Prize.

I have been lucky enough to see a lot of live music over the past decade and I have to say the British Sea Power have been one of the best. They’ve played some of the most unique venues in the UK including Carnglaze Caverns in Cornwall, a River Mersey ferry in Liverpool and Jodrell Bank Observatory.

To my knowledge they are probably the only band playing at Victorious who have hosted their own music festival, ‘Sing Ye From The Hillsides!’ hosted in the Tan Hill Inn, in North Yorkshire. The Inn is the UK’s highest pub.

You can catch them for yourselves at Victorious Festival on Sunday 24th at the Seaside Stage. Find out more about the band on their website, Facebook and Twitter @BSPOfficial. 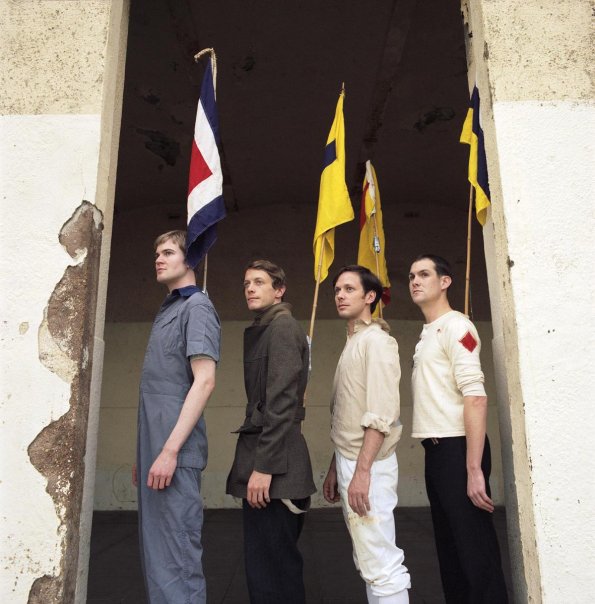 The festival will be held on Saturday 23rd and Sunday 24th August, adult day tickets are currently available for Sunday. You can pick one up via the website HERE, or directly at Little Johnny Russells or either of the Belle Isle restaurants. Kids tickets cost £6 but those under the age of five can enter the festival for FREE, however you still need to pick up a free ticket for them.