This Wednesday night from 7:30pm you can catch a preview of Joe Wells and Chris Coltrane’s Edinburgh Fringe Festival show at the Square Tower, Old Portsmouth.

Joe Wells – Night of the Living Tories
When there’s no more room in hell, The Conservative party will walk the earth!

Critically acclaimed stand-up comedian, and New Theatre Royal Associate, Joe Wells (Alexei Sayle tour support, No Pressure To Be Funny podcast, Amnesty International’s Human TV) digs up the grisly past of the Tory party. Sell-out show Brighton Fringe 2013 and Leicester Comedy Festival 2014. ‘Some of the most surprising and thought-provoking material coming from any comedian in his early 20s’ (Guardian). ‘A skilled jokesmith who threads great gags through intelligent political material’ (Comedy.co.uk). Warning: this show contains graphic descriptions of Michael Gove.

Chris Coltrane – There’s No Heros Left Except For All Of Us
Join comedian and activist Chris Coltrane for an hour of uplifting, Tory-smashing political comedy!

The world is corrupt, politicians are garbage, but we are awesome! Let Coltrane show you how to use activism and fun to kick the bad guys out, and make the world a better place. A show for people who like silliness, social justice, feminism and joy. Come for jokes, stay for revolution! (Scotsman). (Chortle.co.uk). (Skinny). * (ThreeWeeks). ‘One of a few comedians who are the future of British political comedy’ (Mark Thomas).

For more information on how you can get a ticket, check out the New Theatre Royal website HERE. 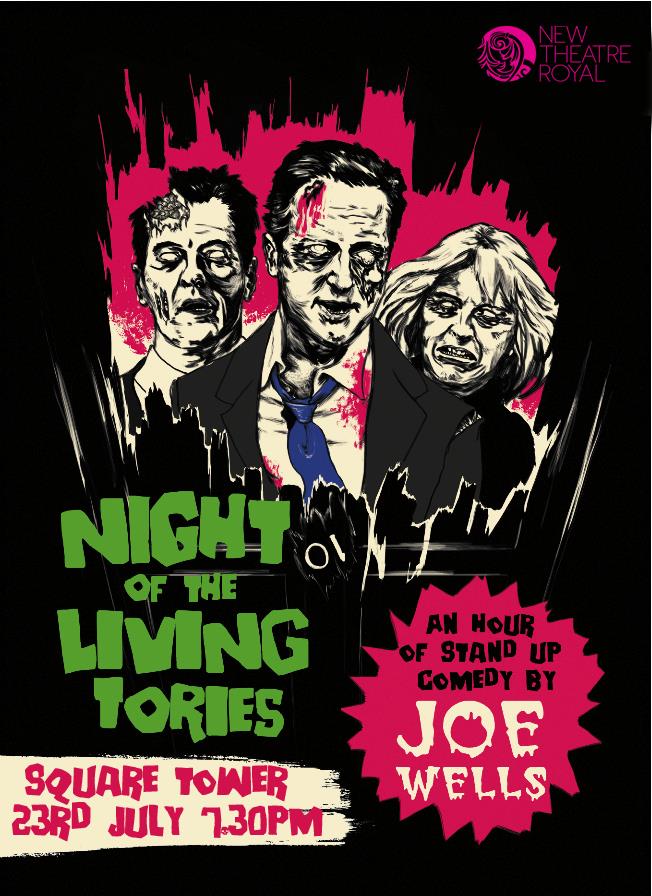