We continue with our co-published history articles with aspex Gallery, researched by Laura McLean-Ferris who has recently been crawling through the Aspex Gallery archives and has produced a series of articles for aspex about their 33 year history. We’re very happy to partner up and cross post their aspex history blog posts here on Strong Island, you can see the original aspex blog post HERE. This fourth article in the series today looks at how aspex worked with Cornelia Parker in the late 1980s, and how Art Space Portsmouth & aspex became separate organisations.

Now in the Tate collection, Cornelia Parker’s Thirty Pieces of Silver (1988-89) is an installation of over 1000 pieces of silverware that the artist had flattened by a steamroller. Each is suspended from the ceiling using copper wire, hanging a few inches above the gallery floor in clustered puddles, forming a kind of grid. The work transforms domestic items, such as cigarette cases, trophies, and tableware, into pure elemental material, and yet each flat silver disc contains within it the ghost of a former life. Silver is commemorative – and many of the items are suggestive of occasions such as birth, retirement, engagement, triumph or memorial. The work displays Parker’s interest, around this time, in acts of material violence that expand the viewer’s engagement with the objects and materials around them. 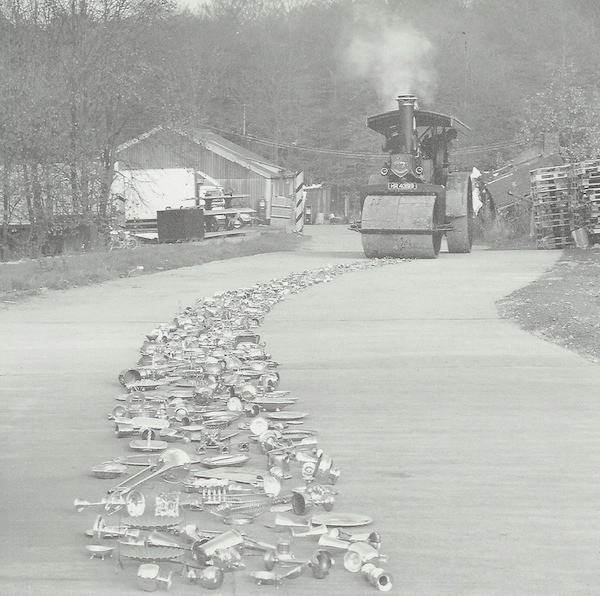 Les Buckingham, then director of aspex, recalls seeing 30 Pieces of Silver at Ikon Gallery and being particularly taken with it, and so approaching Parker to invite her to show the work at aspex. ‘I knew the director of Ikon, Antonia Payne’, Buckingham remembers, ‘and she agreed that I could approach Cornelia about a second showing. The piece was installed at Ikon in the basement and was smaller than intended. When I talked to Cornelia she jumped at the chance to show it in a large and high space. The installation was the most complex of my career, filling the entire gallery, (1600 sq feet), and involving three weeks work and miles of fuse wire. Six to ten people worked on the project with the artist and the results were spectacular.’ Amusingly, there’s a note in the aspex archives which details that the height for suspension was ‘One toilet roll plus a piece of hardboard’. 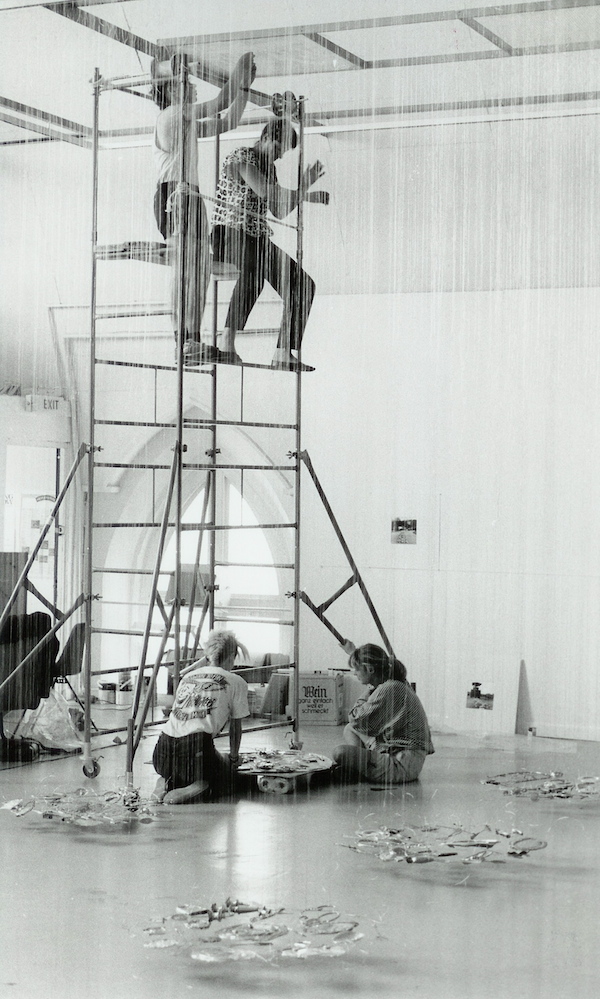 In contrast to the way the work is now shown, visitors were able to walk between the pools of sculptures. Following a visit to aspex by the Arts Council the work was selected for the British Art Show. The artist discussed the time-lag that it took for the work to make an impact in a recent interview with The Guardian. ‘I made Thirty Pieces of Silver for the Ikon Gallery in Birmingham and it didn’t get a single review’, she says. ‘It wasn’t until it was shown at the British Art Show at the Hayward a year later that people noticed.’ The work was purchased for the Tate Collection in 1998.

aspex was also going through changes during this period. Following several years of working as an artist-run space, the threat of climbing rents compelled the organisation to transform to its status to a charity, which meant transforming the structure of aspex. In an effort to protect the gallery and studio artists from high rents, the decision was made to seek charitable status and Aspex Visual Arts Trust was formed. Buckingham remembers this as a complicated period of transformation for the organisation, which essentially split the studios from the gallery, but it was one that was necessary to secure aspex, as a resource that would continue to exist after its founders were no longer involved. Though the two are now separate entities, the Trust continues to work together with the artist founders at Art Space Portsmouth. 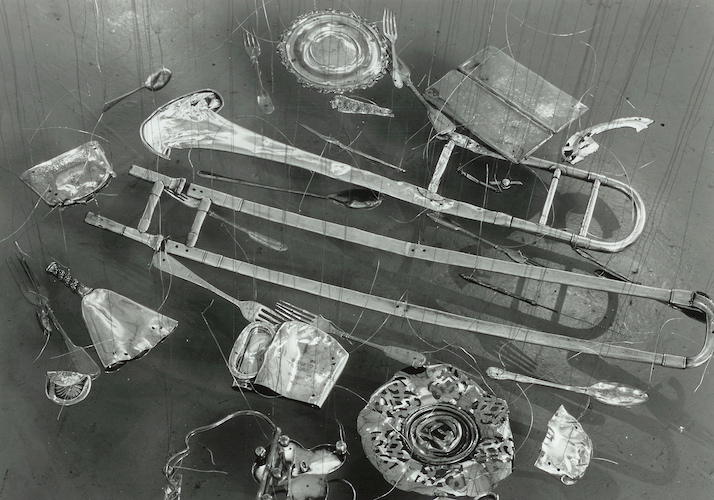 All images courtesy of the Aspex Visual Arts Trust Ltd. and the artist.