Portsmouth Film Society is looking for entries to this years short cut short film competition. Short Cuts is a showcase for the best in local short films by all kinds of filmmakers, from keen enthusiasts to professionals. This year Shorts Cut are looking for entertaining, engaging and thought provoking films in any genre, from animation to documentary, comedy to drama, up to a maximum length of 15 minutes.

The deadline for submissions is Friday 5th September 2014.

To enter the film, go to the submission page website www.shortscut.org.uk. The best films will be screened at Portsmouth Film Society event on October 23, 2014 in the Eldon cinema hall, whose high definition projector is a sure way to show of the films looking at their best. 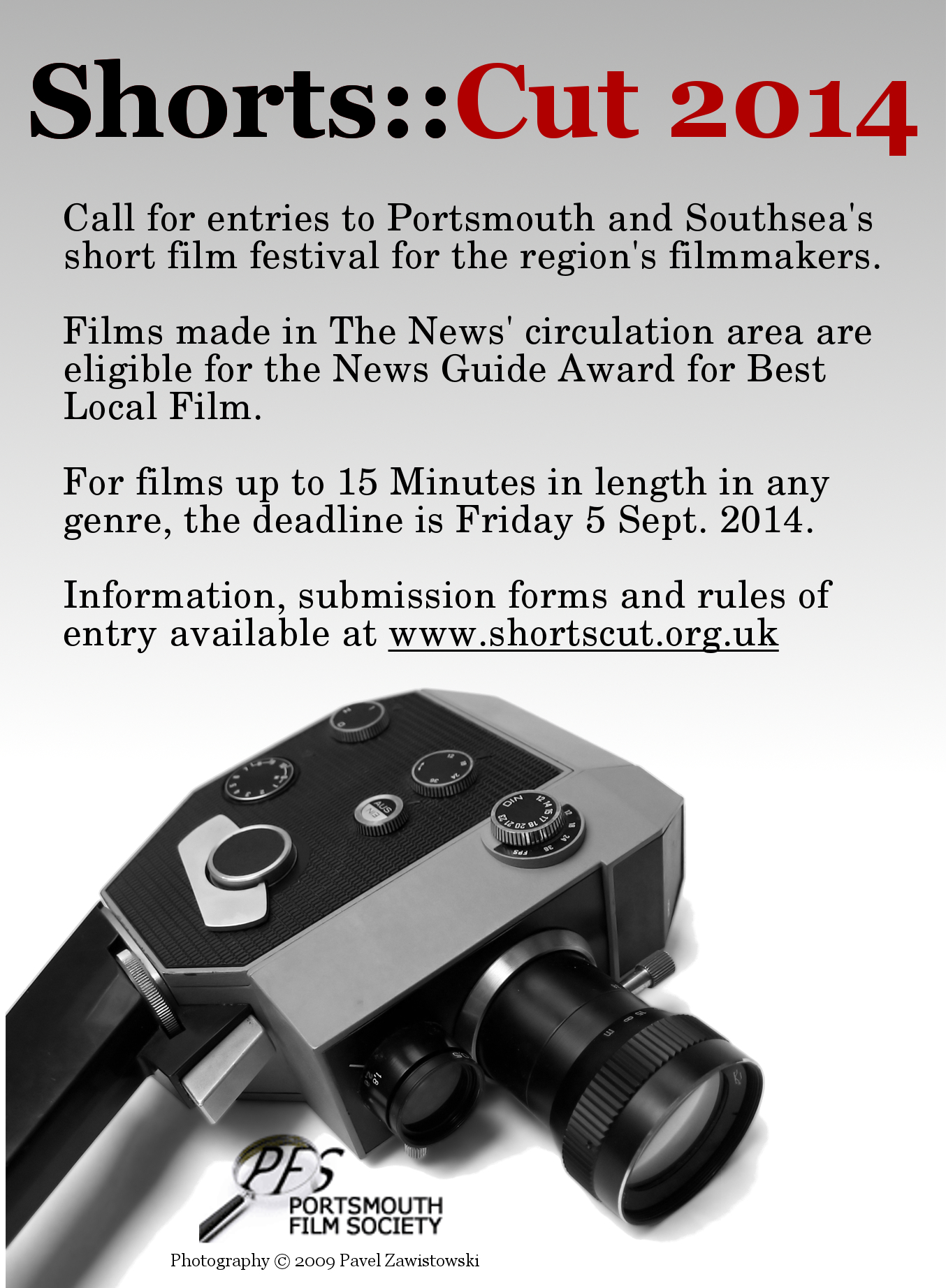