In Conversation with Ian Nicholson

In Conversation with Ian Nicholson

Earlier this week you may have read about ‘Tender Loving Care’, a new play by Vickie Donoghue and Portsmouth theatre company Old Salt. A few weeks ago I caught up with the plays’ director Ian Nicholson in craft ale pub The Brewhouse next door to The New Theatre Royal where preperations were underway for the play. We discussed everything from Ian’s intriguing background and training to why it’s so important to develop creativity in Portsmouth and keep it here.

As Ian arrives to meet me next door to the theatre in the warm and relaxed Brewhouse it’s hard to not to be warmed by his bright smile and even brighter yellow coat. I’d first met Ian a few days earlier on a photo shoot for the productions’ poster at Old Portsmouth’s Hot Walls. I was intrigued to learn what draws successful creatives back to Portsmouth after leaving it for opportunities in London or further afield. ‘After graduating I studied a Masters at the Royal Central School of Speech and Drama’ says Ian as I enquire about his education and training, ‘after that I went off to France to train as a clown’.

This was something I didn’t expect to hear. It’s hard not to smile as Ian talks about this transition to clowning, something that inspired his first play The Last March which tells the tragic story of Captain Scott’s doomed expedition to the South Pole. ‘There is something funny and tragic about Scott’s expedition, they took a piano with them and other useless items; it was doomed.’

Ian has spent several years involved with youth theatre and working with young people at the Stafford Gatehouse before he set up Tinder Theatre which subsequently became Old Salt Theatre. So what drew Ian back to produce work in Portsmouth as he currently divides his time between here and London, where he is very successful? ‘Portsmouth feels like home but it feels like there are lots of stories waiting to be told.” Ian extolls, his passion unflinching, “I want to invite writers here, take them round the city and see how it inspires them.”

Drawing on his experience of working on youth productions, Ian recognises the essential role children play in telling the citys’ stories, “It’s also important to get families involved, especially children as workshops in schools are a great way for children to see how a play is made. People move away to London or elsewhere but we should make art in the city, for the city.’ We carry on talking enthusiastically about the importance of culture in Portsmouth and move onto Ian’s current play Tender Loving Care which opens in June. Using D-Day as the back drop to tell the story of women in wartime, the production utilises a predominantly female cast. Inspired by Ian’s grandmother who worked as a clerk in the Portsmouth Dockyard during WW2, the play has an exceptionally personal connection to him and Portsmouth.

Ian’s passion is real, he doesn’t simply preach about how we should create new creative work for Portsmouth, he is actively doing it. It’s not always easy and I admire his determination and obvious affection for his hometown. Tender Loving Care runs from the June 4th to 21st at The Square Tower. You can book tickets here. 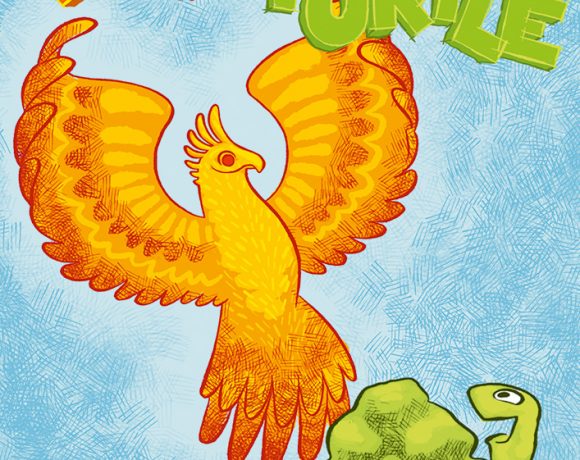