Our Picks For No 6 This March

‘Spring Into Action’ is an event in order to raise money for Pancreatic Cancer Action UK on behalf of Kerry Harvey. Kerry was a beautiful young lady and only 24 when she sadly lost her battle with Pancreatic Cancer.

Kerry, right up until her death was campaigning fiercely for better awareness of the disease & more funding. All money raised from the evening will go to Pancreatic Cancer Action UK, a charity that Kerry chose herself, she spoke extremely highly of this charity who helped & supported her & her family through all of her treatment.

Kerry was a big fan of 1950’s Pin Up Fashion, so dressing up in your best vintage style is greatly encouraged.

A raffle will also take place on the night, with prizes including ‘A Meal For Two With Jazz’ from The King Street Tavern, ‘A Meal For Two’ at The Bridge Tavern, Old Portsmouth, more prizes to follow.

Tickets are now on sale, in person at The Wedgewood Rooms & The King Street Tavern, or online HERE. 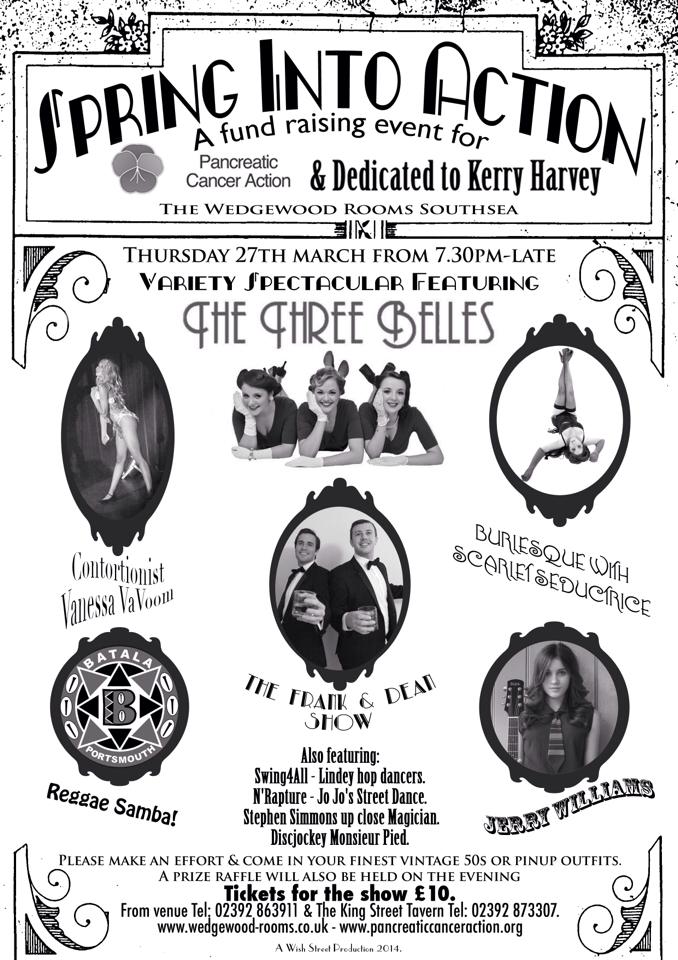