Civilisation Of The Rough - Ea..

Starting on Saturday 15th March at 11:30am, they will be trying to break the Guinness World Record for the ‘largest air guitar ensemble’ in the Fratton End of Portsmouth Football Club’s Fratton Park.

Also on the 15th in the Victory Suite, Fratton Park at 1pm the New Theatre Royal will begin an attempt to break the Guinness World Record for ‘longest stand up gig’. More than sixty of the country’s best comics will be coming together to tell more than 4000 jokes across a staggering eighty unbroken hours! The record should be broken sometime on the evening of Tuesday 18th March. Tickets will be on sale in three-hour-long slots from next week.

Sunday March 23rd, the New Theatre Royal will also present a comedy double header featuring two of the UK’s most popular stage and TV comedians, Lee Nelson and Joe Wilkinson. The night will be opened by The Mini Band who must be Britain’s youngest metal band.

To find out how you can get tickets visit www.newtheatreroyal.com 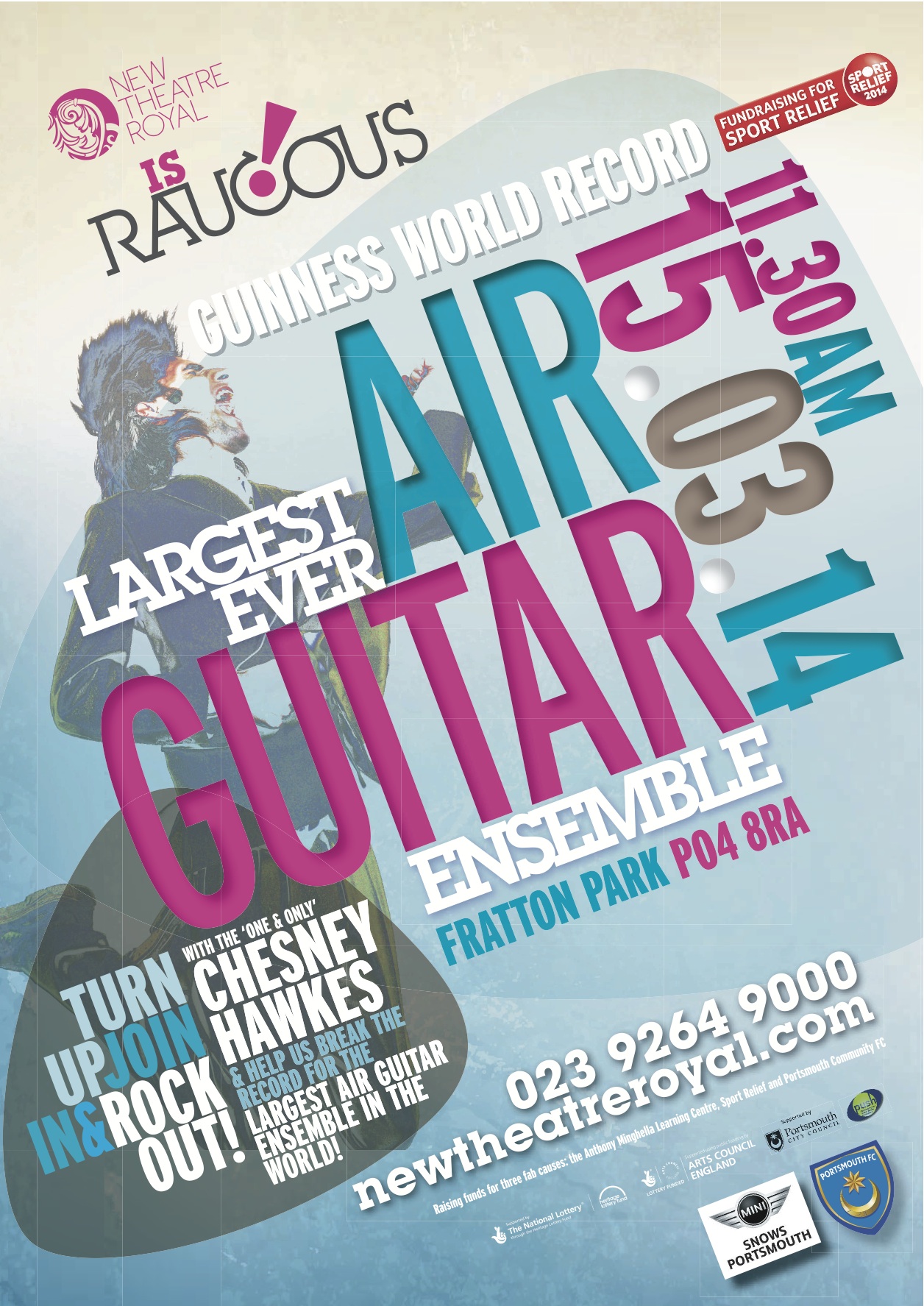 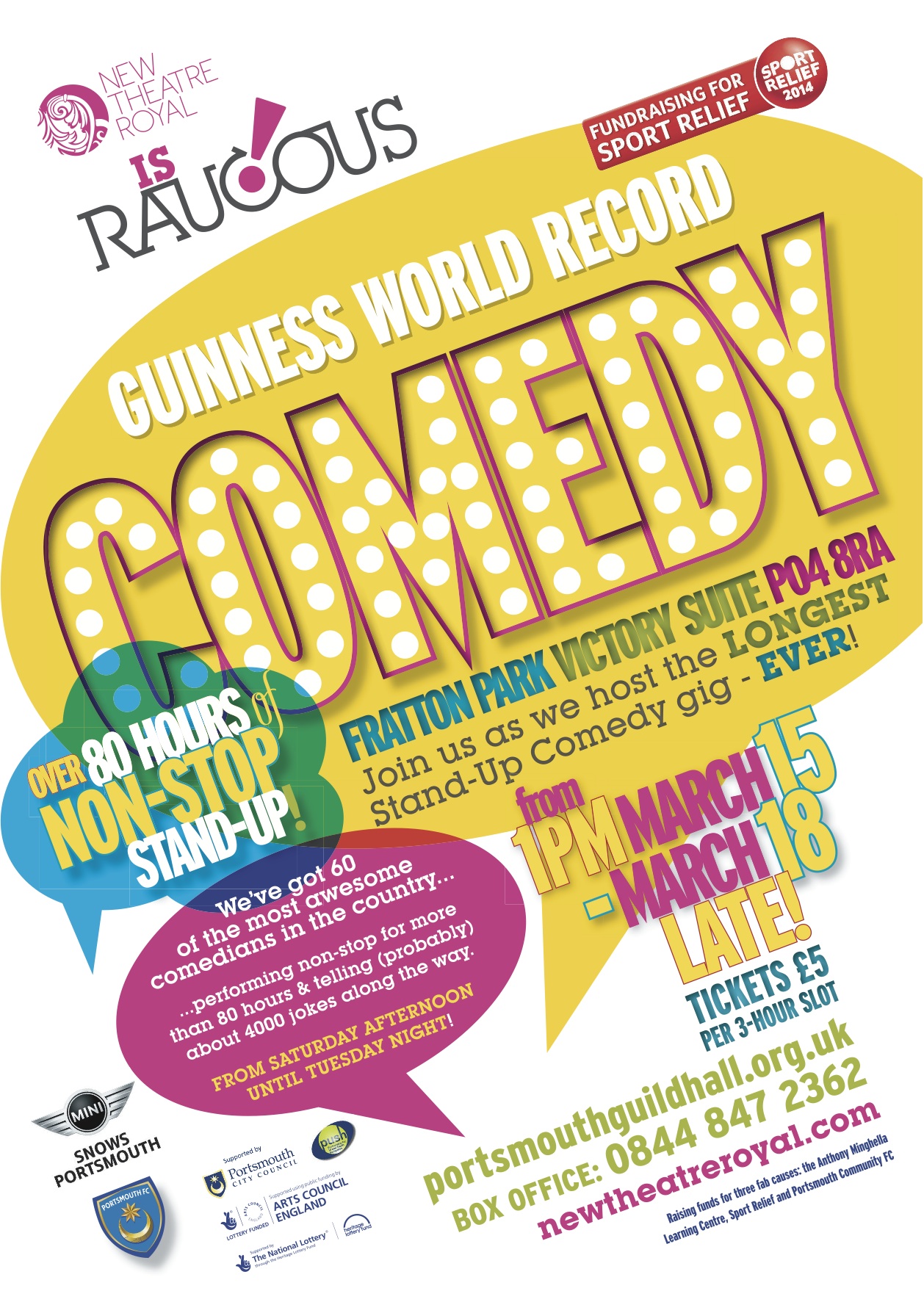 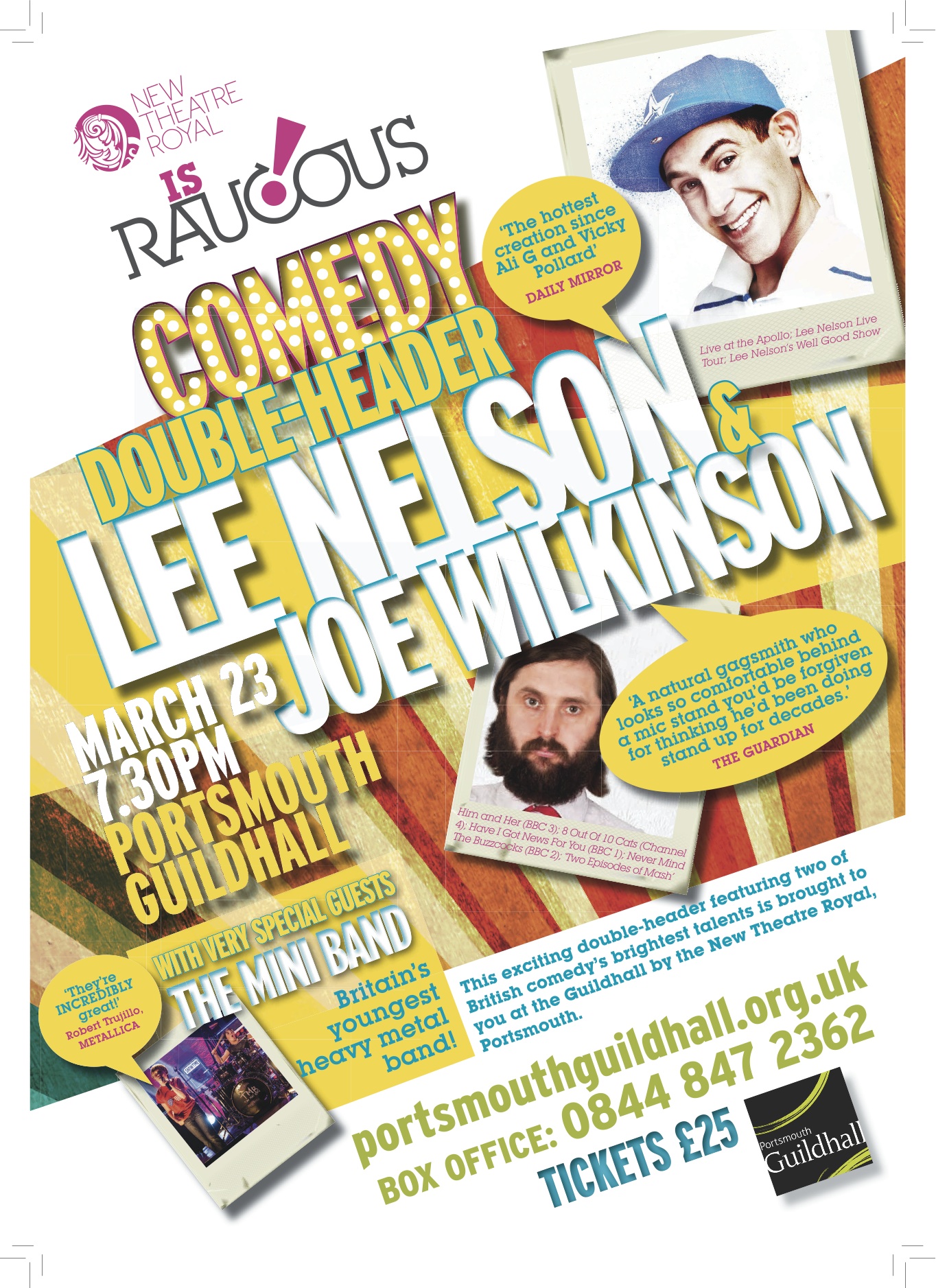