Writer, director and actor Shane Carruth dazzled and baffled in equal measure ten years ago with his extraordinary time travel thriller “Primer”. He returns a decade later with his second film, an equally startling and uncompromising follow up. Part romance, part sci-fi and utterly original. A shadowy thief cultivates tiny worms that inhabit orchids, and forces a young woman to swallow one, causing her to lose the will to think freely. Haunting and disturbing, Upstream Colour makes the viewer feel like you’re inside someone else’s dream. Check the trailer below, looks incredible.

“Should you see Upstream Color? A better question may be: How many times should you see it?” Michael O’Sullivan, Washingtion Post.

“A perfectly judged, strikingly beautiful film, but also a lunatic enterprise which invites – even welcomes – befuddlement as much as wonder. A true original.” Kim Newman, Empire Magazine.

The screening is at 8pm on Thursday 13th February at Portsmouth Film Society’s new home at the University of Portsmouth’s Eldon Building. To buy tickets in advance go here: 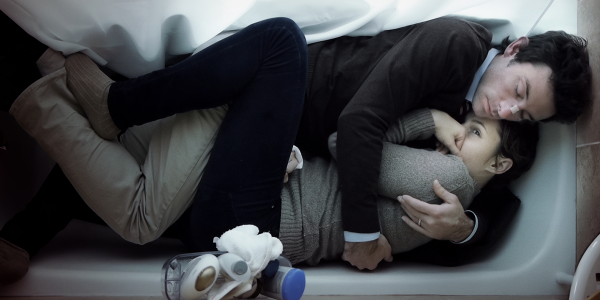