Prepare to be swept off your feet as Portsmouth’s sexiest bands serenade you with their renditions of classic love songs. Expect to hear covers of varying quality from a variety of decades and genres. The premise is simple; six acts, 15 minutes of stage time each and zero dignity. The window to impress is small so they will make every guitar solo, every falsetto, every key change count in the hope of taking your breath away. This year our venue is The Edge Of The Wedge with a small entry fee of £3 with all proceeds going to the National Foundation of Youth Music. This year’s line up, in no particular order:

Battery Hens
They lack both the musical proficiency and emotional depth to pull this off but that won’t stop them from winning your heart. Expect an over the top display of affection to put Lloyd Dobler to shame.

Noyo Mathis
Rumour has it that they have discovered the mathematical equation to everlasting love. The time signatures have been simplified but the complexities of love remain the same.

Rickyfitts
Imagine The Carpenters via Seattle 1989, but healthier and less incestuous. You will feel their love buzz.

Red Seals
After a stomping rendition of Boney M’s Rasputin at last year’s Annual Christmas Covers Party it’s safe to say their song selection will bring the house down.

Decide which one is the cutest February 12th @ The Edge of The Wedge, doors are at 7.30pm. 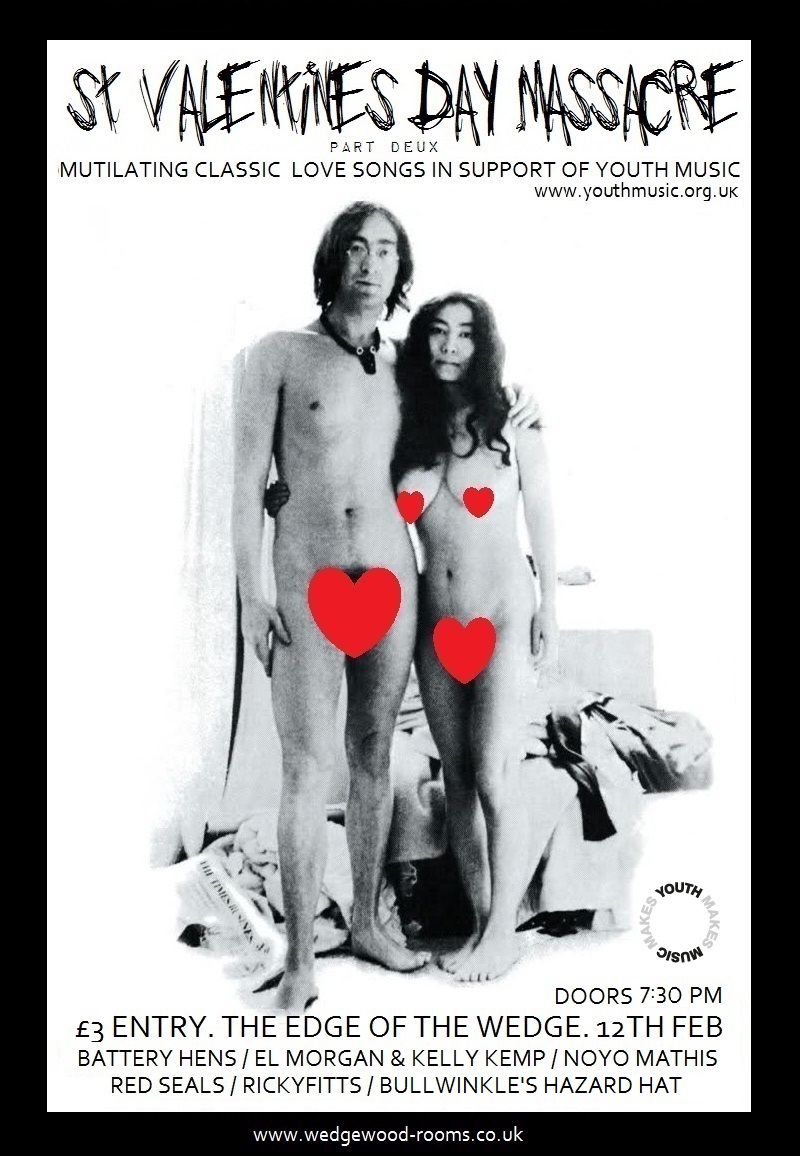