Fred T. Jane is a fascinating character and long time Portsmouth resident, living for many years at 17 Elphinstone Road, Southsea, where there is now a blue plaque. Born in 1865, Fred T. Jane lived in Portsmouth (and later Bedhampton) in the late 1800s to his death in 1916 and was an avid painter, illustrator, political activist and also an important author of books on warships and early aircraft. His book ‘All the World’s Fighting Ships’ was published in 1898 and was a resource on all the warships operated by different countries and catalogued their armaments, etc. This book became an annual series and after the release of ‘All the World’s Aircraft’ Fred T. Jane founded Jane’s Information Group, which produces books and trade magazines published to this very day and are often considered the de facto public source of information on warfare and transportation systems.

As his time as a painter Fred T. Jane captured many sights and scenes around Portsmouth but I recently found this published copy of his painting of the Queen’s Hotel fire that absolutely gutted the building back in 1891. This print was from the London Illustrated News from 1901. The painting shows just how intense the blaze was and it wasn’t the first or the last intense inferno that destroyed a famous local Portsmouth landmark. 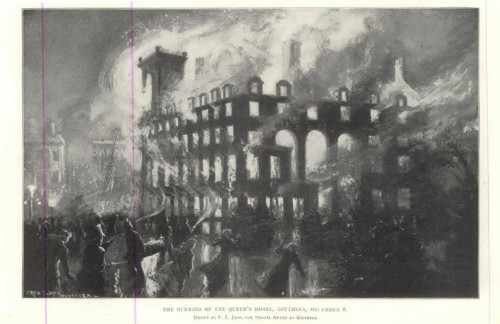 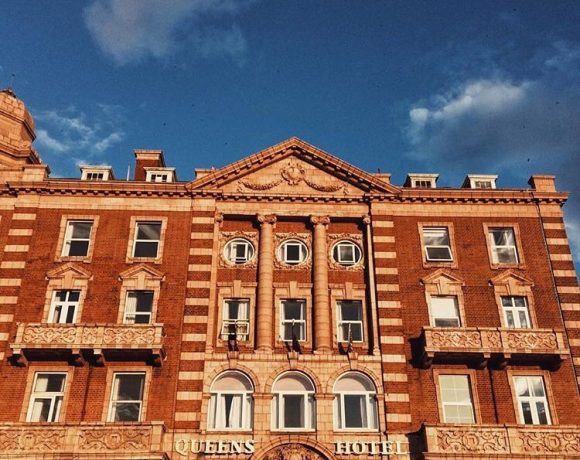