Free Start of the Summer Party..

Southsea in an Instant Photogr..

Feel Yourself is a new charity campaign based in Southsea aimed at raising awareness for breast and testicular cancer in younger people. Both diseases are on the increase and tend to be more aggressive in younger people, but both are treatable if detected early, so regular checking and self awareness really can be the difference between life and death.

The campaign aims to visit as many festivals and events as possible to spread the message to young people that checking yourself every week should be a part of your beauty or health regime. Although some of the campaign’s merchandise and paraphernalia is tongue-in-cheek, such as knitted breasts, stress ‘balls’, spray on tattoos and comedy t-shirts, the message is a serious one and could save lives. Breast cancer is the most common cancer diagnosed in women under 39 and testicular cancer, while still relatively rare, is on the increase. Almost half of all testicular cancers are in men under 35, with 90% in men under the age of 55. And of course, men can get breast cancer too.

The Honest Politician on Elm Grove in Southsea is holding Feel Yourself Campaign’s first fundraiser on Thursday 30th May. There’s no entry charge but there are plenty of really exciting prizes to be won on the night in raffles and competitions. As well as t shirts there are also two tickets to Victorious Festival, a meal for two in the Belle Isle, a free palm sized tattoo, a £20 body piercing voucher, and a Garbo’s haircut, as well as loads of other prizes donated by a diverse range of local businesses. Find out more on Facebook HERE.

Feel Yourself is now one of Strong Island’s chosen charities (along with Portsmouth Autism Support Network and the local RNLI station) and from now on any money raised at one of our charity events a percentage will be donated to Feel Yourself. This charity is not only local and focusing on key health issues for young people but it also has a particularly close connection with us at Strong Island and we wish them the very best in their charity fundraising and their mission to raise awareness as much as possible.

Find out more at the following: 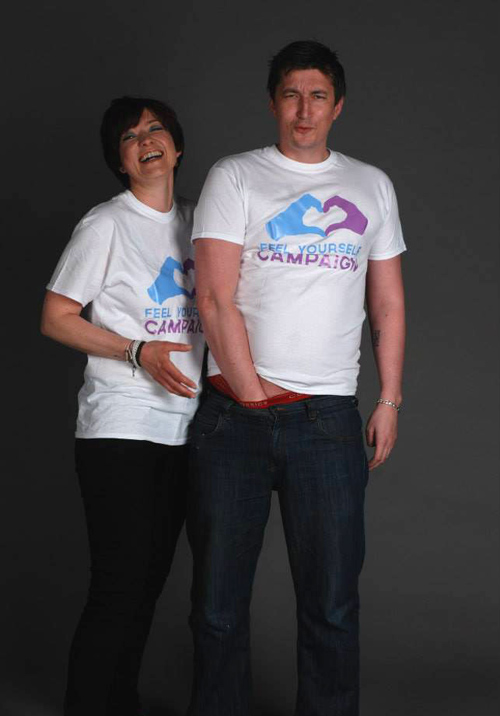