Saturday 12th January Southsea Social Club, Duncan Road will be hosting ‘Champagne Justice’. We’re talking bands, DJs and cheap booze. At three quid on the doors which open from 8pm. What more can you ask for on a chilly Winter Saturday in Southsea?

The line up includes DJ Farm Hall Tapes with support from Beatamax and One Man Team Dance.

When you think Beatamax, think Two Door Cinema Club having a scrap with Ultravox and Spandau Ballet on the lunar surface and you’re somewhere close to the sound these boys make! Drums, guitars, synths and live brass, with the addition of digital samples and computer backing tracks.

One Man Team Dance embrace casiocore with live drums! Akin to the likes of Lightning Bolt and AK/DK, OMTD provide a scatty spectacle to whip you up into a giddy frenzy. Having already blown away those lucky enough to see them at Southsea Fest, we’re delighted to have them return to our steamy shores. 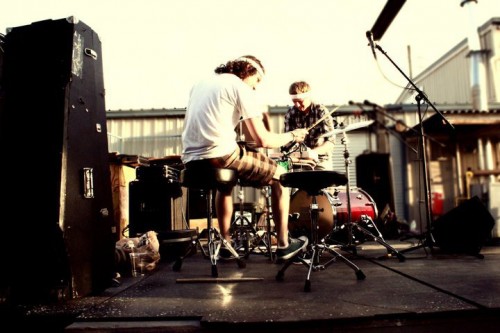