Forty-Forty is the home of UK-based Director and Commercial Photographer Sunny Lau. Sunny describes himself as a lover of film, music, and travel, he believes “producing great work comes from finding subjects that matter to you the most.”

Sunny has been working hard for months to finish his new website and all the hard work was worth it. You can see the final results on forty-forty.com/portfolio/.

His work is derived from the cinematics of film. Influenced by his surroundings, his visuals evolve narratively and organically, layered with the depth of his core values. He converges simplicity and emptiness to create raw, atmospheric and emotionally-driven imagery.

Primarily, he use a Canon 5D MKII with a 24-70 f2.7 L glass, and for snaps just his use a iPhone 4S. Sunny says “To me gear isn’t that important, creating your own style and having the right idea is always better, but execution is where it counts the most!”

Sunny has recently worked with clients such as EASTPAK, VICE Magazine, Your Collective, and Toyota. He is also published photographer as part of a collective in an upcoming book by SendPoints Publishing Co. we’ll be sure to let you know about it closer to it’s release.

Sunny has previously been seen on Strong Island when we featured his photo’s at Pie & Vinyl on Record Store Day earlier this year. 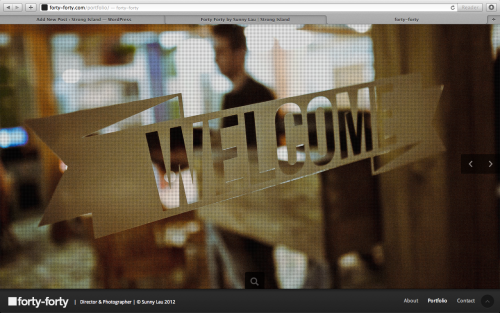 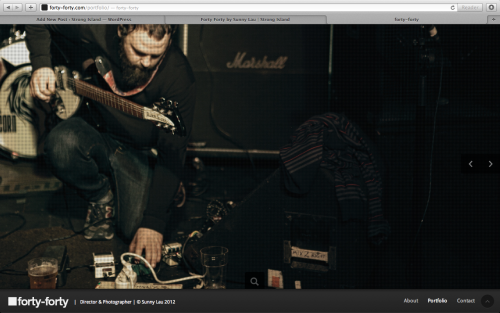 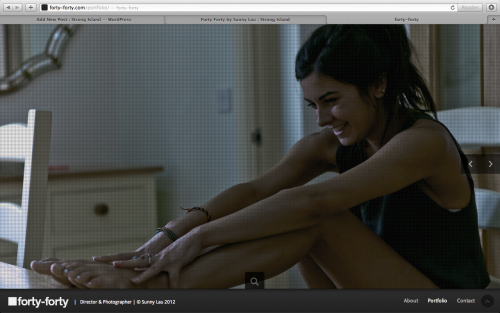 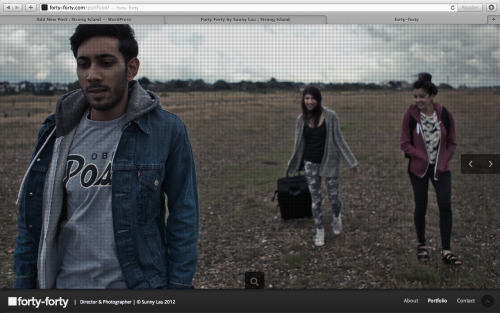 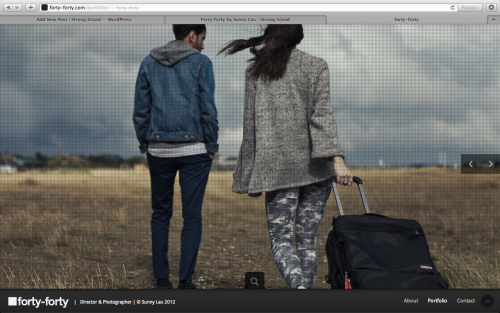 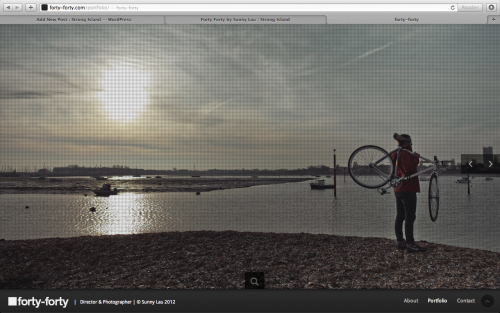