To become a world class artist, renowned for your works and revered and respected is one thing. To find a whole family with three world class artists and all from the same town in Southern England is another. You see, Portsmouth, as well as having a rich naval history, a culture steeped in folk music and traditions has also provided the world with three men who excelled in their field. They were the Coles and this is their rise to fame and the story of their art.

George Cole (senior) was born in the year 1810 in Portsmouth and during his career he became well known for his landscape paintings and portraits of animals. The most interesting thing about George Cole senior was that he was self taught. He picked up what he knew from watching others, and from a good grounding working as a poster painter for a travelling circus that came to Portsmouth when he was growing up. He worked on canvas, creating impressive adverts that were intended to bring punters to watch the shows.

A short while after, he spent time travelling to Holland where he gained an education by watching the Dutch Masters paint and this was to influence his career when he eventually came back to Portsmouth.

By the year 1840, he was finally ready to exhibit some of his works at The British Institution, an art institute which was set up to be a direct rival to the Royal Academy. At this stage of his career he mostly painted images of animals. From this time however, his most famous work was called “Don Quixote And Sancho Panza With Rosinante In Don Pedro’s Hut” which was highly critically acclaimed by his peers.

In later years he turned his attentions to painting works that were more landscape based and centred on his love for the counties of Surrey, Cornwall and Hampshire. Even though he dies more than one hundred and twenty years ago, his work is still exhibited in this country as well as further a field in Canada and the US. 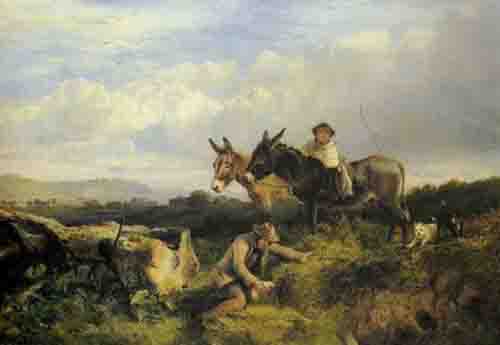 George Cole senior’s son was also called George, and also born in Portsmouth in the year 1833. When he first embarked on the career he was destined for, he initially exhibited under the name of George Cole Junior, but in the mid 1850s decided to adopt the second surname Vicat in honour of his mother, Eliza, whose maiden name it was. It also proved a clever move in later years which enabled him to distinguish his work from that of his father’s, although some people inevitably did still get them mixed up.

George Vicat Cole had obviously gained an appreciation of art from his father, growing up; he was very often taken on trips with the elder man and watched him in his work painting portraits of animals and great stately piles in the middle of the country.

In the year 1856, he married into a very wealthy family. His wife was called Mary Chignell and she was the daughter of a self made businessman from Hampshire. This was of course, a time in which people took marrying into money to be more important that doing it for love. There was no such thing as wedding insurance or any other form of support. You would go and have the banns read, turn up at church a week later and then have the family to tea. No searching for venues or expensive honeymoon destinations. If you were lucky you got a wedding tea which the family would pay for. Indeed, the couple began their married life not by honeymooning but by travelling to Camden in London where they rented some rooms to live in.

Cole began to work on what was to become his most famous painting, called “Harvest Time” which was a landscape painting of the area of Homburg Hill in Surrey. Surrey became one of the counties Vicat Cole professed a love for (just like his Father) and indeed, many of his landscapes during this period were done featuring areas of the county.

Vicat Cole was probably more financially successful than critically acclaimed. His work seemed to appeal to the Victorian love of pastoral scenes, landscape work and portraiture. He was rarely groundbreaking, but produced work of inherent beauty and depth which was very appealing to the audiences at the time. During the 1870s however, he was proudly accepted into the Royal Academy, something he and his father had longed for, for many years.

In an attempt to gain some critical acclaim during the 1880s he decided to produce a canvas called “The Pool Of London” which focused on a scene of smoke and miasma clearing to reveal the dome of St Paul’s Cathedral peeking through. It was a departure which saw him win the plaudits he needed, and as a work, it differed completely in tone from his usual naturalistic works.

Sadly, after his death in 1893, his work fell out of favour, although there is much to be said today for its flair and beauty. 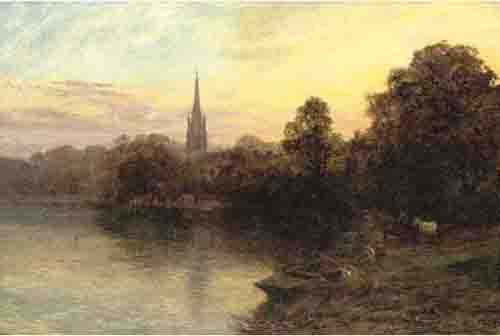 George Vicat Cole’s son, Rex also followed his father into the occupation of artist. He was born in 1870, and unlike both his father and grandfather ended up studying at Eton and having a good, strong education.

Just like his relatives before him, he started off by exhibiting at The British Institution, before he was twenty years old. He was also fond of the landscape, but travelled further a field for his inspiration. He found his “voice” in the area of Bolton Abbey in the Yorkshire Dales. In later years he made the study and painting of trees his main focus and his main body of work was put together in a book entitled “British Trees” which was published in 1907. Rex’s son John (1903-1975) also became an artist, though his work was notable more industrial in theme, as he preferred to paint images of shop fronts than naturalistic landscapes. 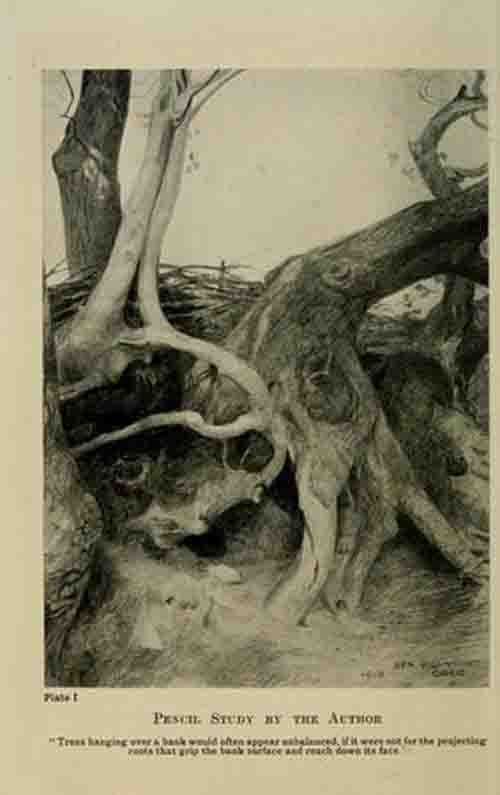 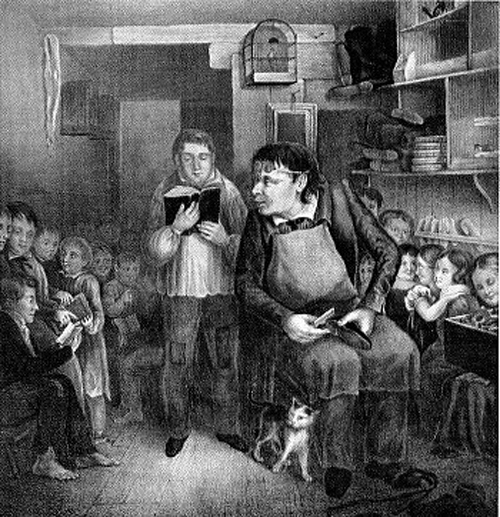