Joseph Loughborough’s The Anatomy of Strange...

We posted up the opening night details of Southsea ex-pat Joe Loughborough’s amazing new solo exhibition in London the other day and there was a strong Portsmouth turnout at the event. Another Southsea ex-pat Gorm went to the exhibition over the weekend (which also had Joe painting in the gallery space too) and Gorm sent us this review and photos:

There is an tangible umbilical cord that connects Portsmouth and Southsea with London. That cord is in the form of the A3 road or into the heart of London travels the railway line. That line terminates at Portsmouth Harbour down in the south, and Waterloo in the north. So you could say the link is strong, direct, undisrupted even. So is it coincidence that Pompey alumni Joseph Loughborough finds himself launching his first major solo exhibition in The Old Vic Tunnels at Waterloo? These dark dank tunnels are a maze of arches that sit under the major train terminus – I think it was maybe fate that Joseph’s first major exhibition was here…

Whilst Joe is well traveled since his time in Portsmouth, having moved to Brighton, London, Paris and soon Berlin, I think if you have spent any time on the island of Portsea you take something away with you – not the smell of the sea, or the sound of wave crashing on barren beaches, but more a creative vibe, or a desire to make. Joseph creates/makes good shit.

Loughborough’s work is exquisite in its implementation, with all of it rendered in either charcoal or graphite for this exhibition. The show proved popular with the London collectors with most of his pieces having quickly sold out. On Saturday Joseph did a live performance charcoal drawing, pulling an image from his extensive sketchbooks and blowing it up on to a large sheet of paper. I found it to be a beautiful and sublime experience to see this blank sheet of paper transformed into this elegant and well executed thing of art. Layers of charcoal, wax, and lacher went down to produce the finished product, that drew admiration from old painters, Hoxton chicks and one jaded skateboarder. Loughborough I salute you!

You can find out more about Joe’s work and the exhibition at: 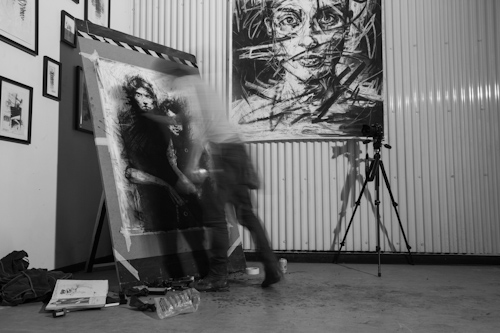 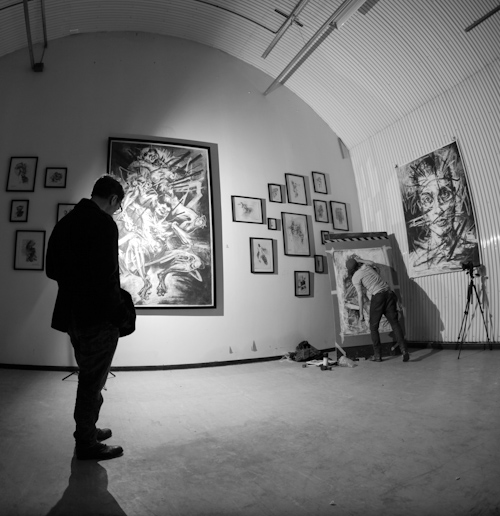 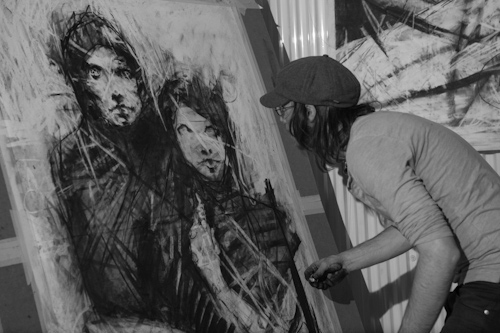 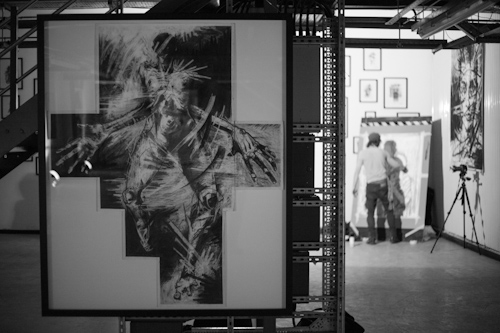 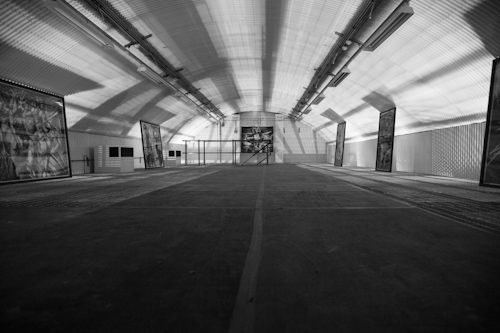 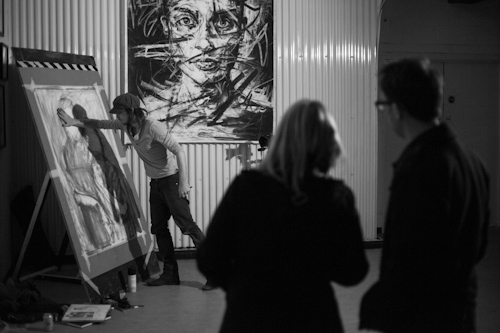 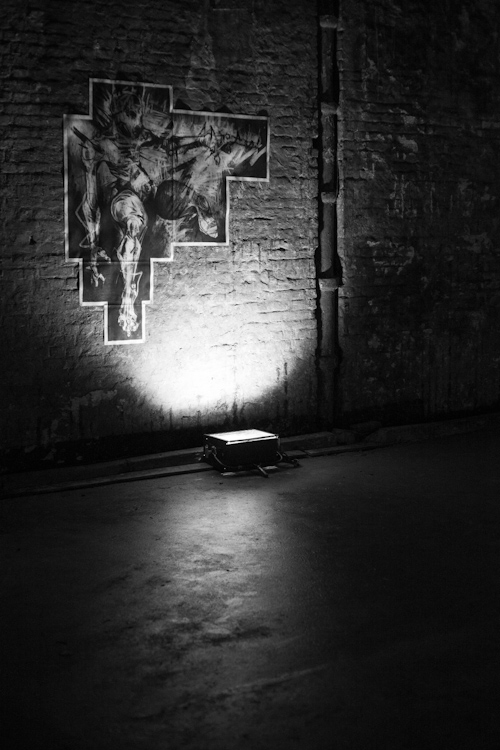 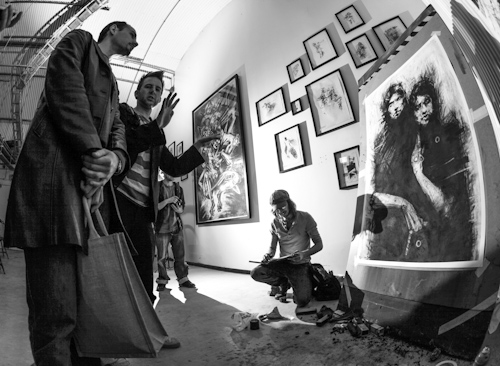 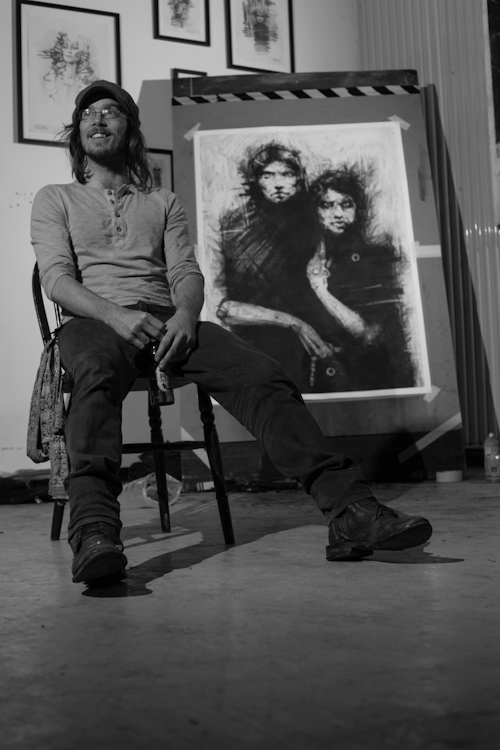 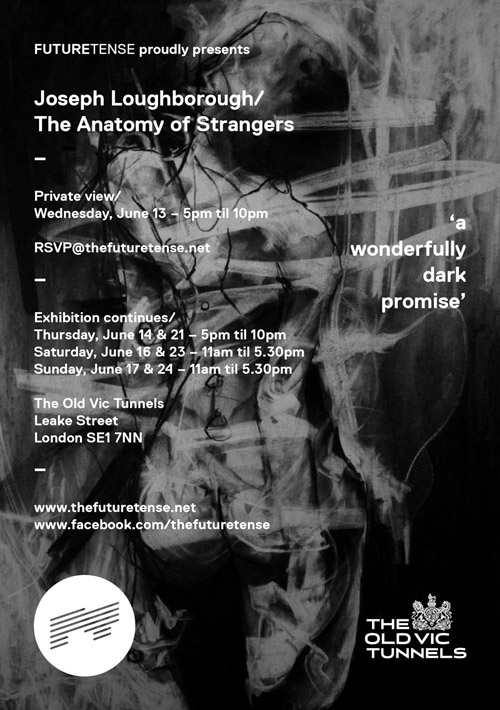 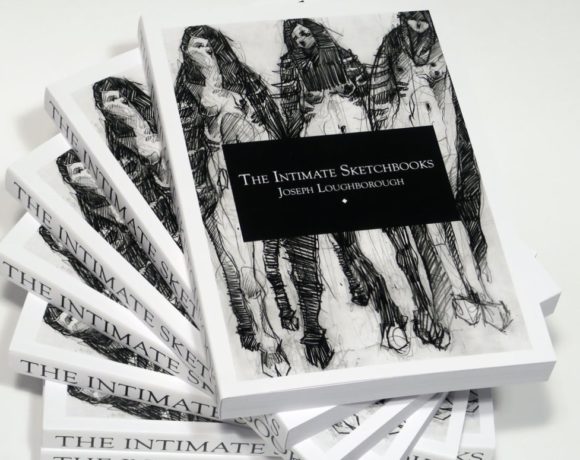 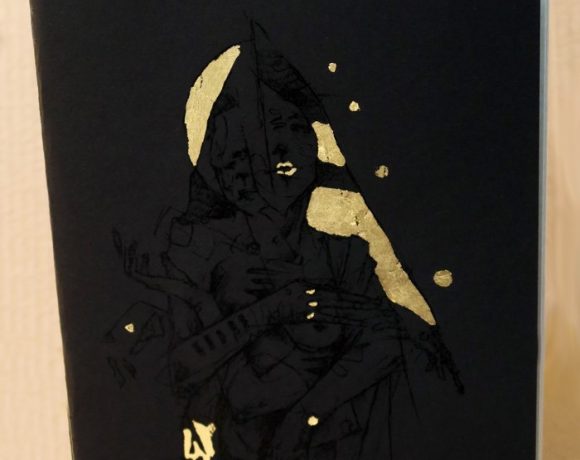 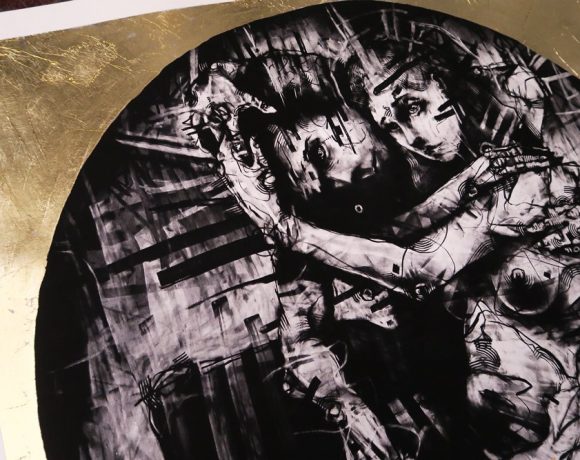