The three acts are Owen Hackett, young musician from Southampton, Owen’s set will show rich lyrical content accompanied with acoustic guitar and a harmonica. Ronk Torp, an exclusive one off set with a Portsmouth based band partly made up of members from Portsmouth, the Shutka Champions and Matt Williams. Described by themselves as Surreal, melodic, spacial meandering with lots of weird and wonderful sounds for your pleasure, this act ticks every box. The Bandoliers, headlining the night described as ‘Rocking Troubadours’, this young band has a fantastic live act who will be performing their own material as well as some covers.

Gigging for Greenpeace takes place at Edge of the Wedge on Thursday 5th July. Doors open at 7.30 and entry is £5. Tickets are on the door or from The Wedgewood Rooms HERE.

All proceeds will go towards Greenpeace campaigns, such as the one to save the Arctic or the be a Fisherman’s Friend campaign, which aims to get a better deal for the UK’s small scale, sustainable fishermen. 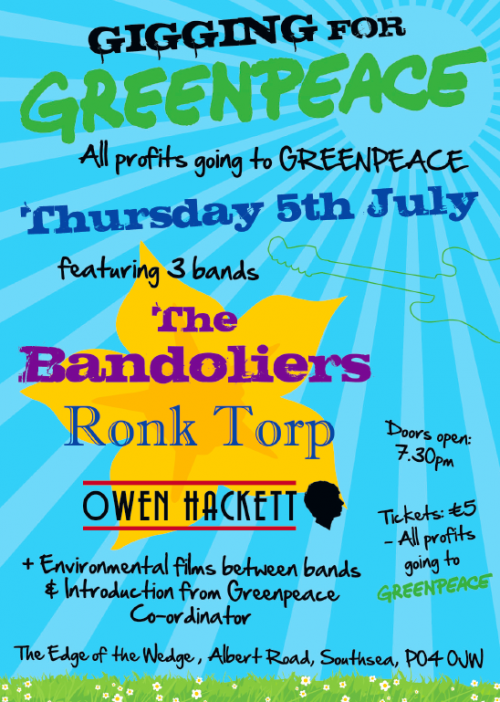 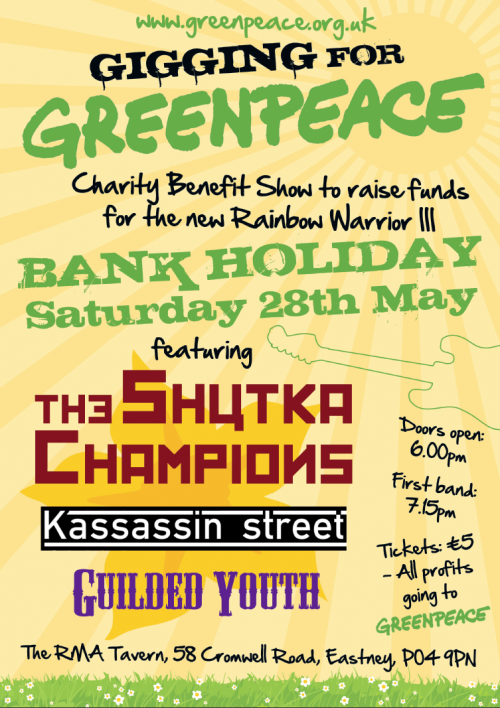