Southsea’s own Hellomatt has teamed up with quality jersey makers Milltag to bring to you a new installment of his hugely popular “Ride It Like You Stole It” design. Here is what they have to say:

Back in 2010 designer Hellomatt created one of the first Milltag jerseys and it sold out very quickly. Now in 2012 Matt has remixed the design. As Matt originally explained: “I wanted to create a illustration which incorporated the speed and excitement from riding your bicycle at pace. The freedom which your bike gives you and the rush of burning down a hill is unrivaled. And of course I wanted to create something which you would not find on a regular jersey.” The new design features a brand new version of the illustration, a water-marked graphic throughout the white panels and new back panel. 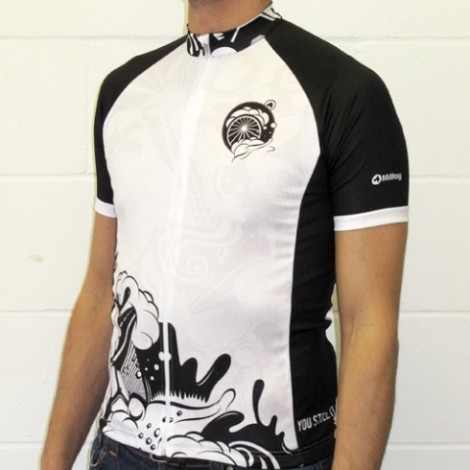 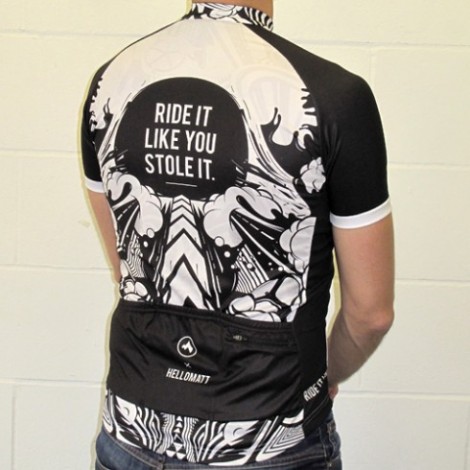 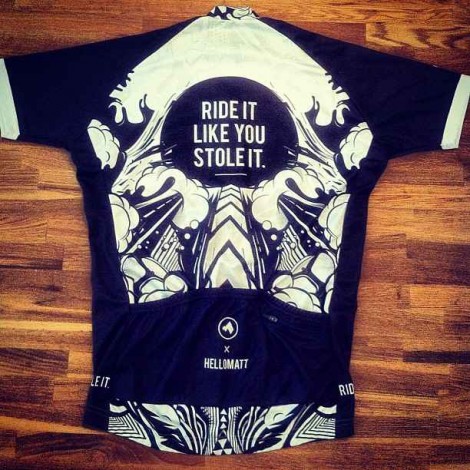