On Sunday 28th August a group of 30 staff and regulars from The Festing pub in Southsea will be swimming from Clarance Pier to South Parade Pier to raise money for the Tom Prince Cancer Trust. The charity is close to the hearts of three Festing regulars who went to school with Tom.

‘This is one of the reasons that we have set ourselves such a large target, £10,000. Tom Prince was an avid Pompey fan, but he died the night before his 16th birthday, just 18 months after being diagnosed with the bone cancer osteosarcoma. Last year a group of the guys raised £2,000 by completing a beard-a-thon for three months. As well as the swim we are holding an evening fundraiser with live music and a big raffle.’

Get involved and help to raise awareness but attending this event and donating if you can. For more information call: 02392 825560 or contact Zoe at zoe.forsey@hotmail.com 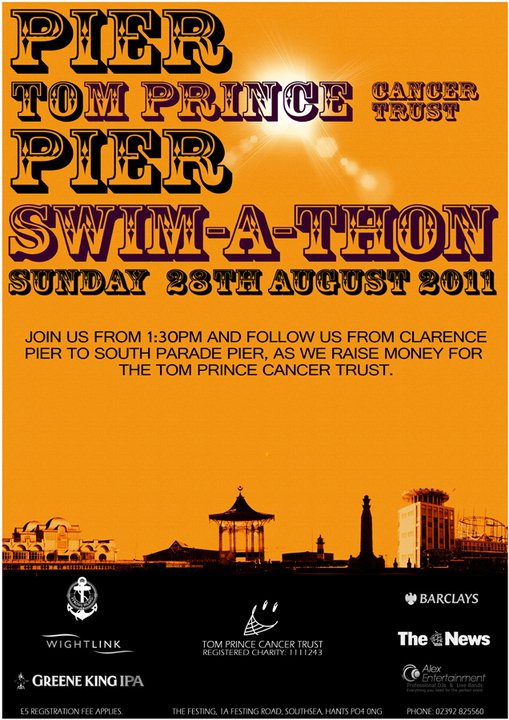