Pandemonium is a new Drum ‘n’ Bass night at Cue Ball Club on Goldsmith Avenue, with the first night on 18th March and only £3 entry. The evening will feature the Isle of Wight’s three-man crew Reaperz. Reaperz, Ricachet (Adam Flynn), N20 (Kyal Annis) and Taz (Tarran Foster), have been DJing and producing as a unit since 2008, and are responsible for club night Bass Jam on the Isle.

The group’s success has been rapid, having released five tracks already, on labels such as Cyntax Error and Global Domination with around six more coming out soon. They were the recent winners of the Dope Ammo remix competition (Reaperz’ version of Roots N Culture will be released imminently) and their track Dark Riddum will feature on the upcoming MC Fearless album. 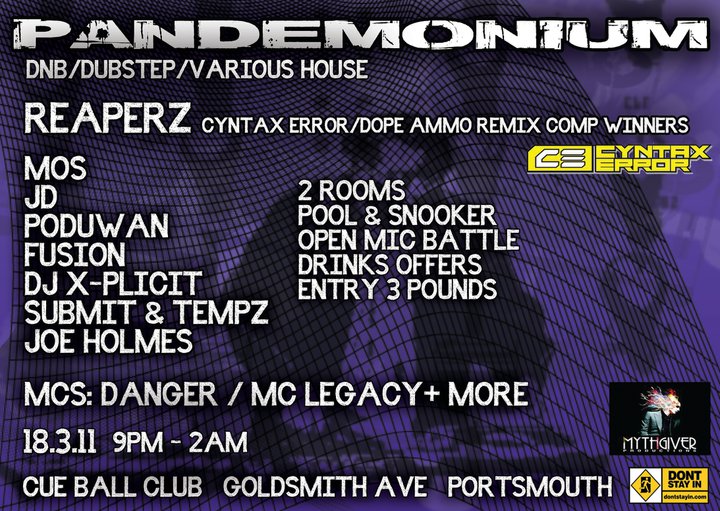