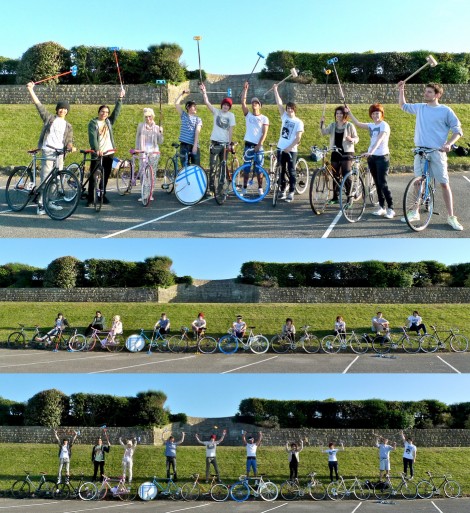 Bike Polo started in Ireland in 1891. Portsmouth University BA 3D Design student’s Ben MacKenzie and Savio Ku started a Bike Polo team in Portsmouth in 2009 but this year the team has grown to over 12 people. A team consists of up to 8 a side with no-more than 5 players on the pitch at any time. It was actually an Olympic Sport in 1908. I was lucky enough to see them train at the D-Day Museum Car Park on Southsea Seafront where they train every Wednesday from 7pm. The team in these photographs were Phil Oldham, Savio Ku, Ben MacKenzie, Josie Applegate, Alex Woods, James Roberts, Jameel Hussien, James Davis, Kirsten Filippi, Josie Young and Hugh Gibbs. To contact them and join visit the Facebook page.