UGLY BEATS featuring Devil Man and Tech Diff goes down at The Barn on Friday. The Barn is the music venue at the newly refurbished Milton Arms on Milton Road. Ugly Beats will feature two rooms:

DEVIL MAN is the latest project from the legendary DJ Scotch Egg. With the beats laid down by Gorgonn from Dokkebi Q and Scotchy providing the basslines, this clash of two of Japan’s most original and successful electronic music artists brings a much needed, refreshing offering to the world of live experimental dance music. It’d be a right mission to pigeonhole their sound so describing it as doom-dub-electro-psych-hip-hop-terror is just about the best you’re gonna get.

TECH DIFF is a Brighton-based producer, who is a new resident at the Wrong Music mid-weekly parties, makes heavy-as-hell hardcore and the most intricate breakcore, from beautiful to extremely uncomfortable. Recent sets at The Regime in Brighton, Wrong Music’s Megarave and Bangface have seen the punters go loco.

Filling in the gaps we have YASSON, a vocal acrobat who has one of the most original styles in the UK beatbox scene and recently competed in the Human Beatbox World Championships. His routines often incorporate the pan flute and didgeridoo; the sounds of which he seamlessly weaves into flawless beatbox soundscapes.

Also on the bill is DR WRONGPIPES, a local, hairy tower of man who will be bringing a laptop full of sub. Dubstep to jungle to wobble to hardstep, the Dr will make sure you are heavily medicated with a healthy dose of amen and bass. Joining our guests will be residents FOTZA and VETERINARY MEDICINE playing a mixed and live mashup of dubstep, wobbletech, dirty electro, techno and gabba.

In The Tardis – BABYLON BURNERS, namely SDM and DBEE. SDM has been resident at Portsmouth’s leading dnb and dubstep nights, Breakneck and 10TON, since day one and this guy knows how to throw it down. I’m sure many of you have also caught Dbee at nights around town whether providing the sounds from start to finish at a variety of bars, or warming up the crowd at big events from some of the leading promotional machines. 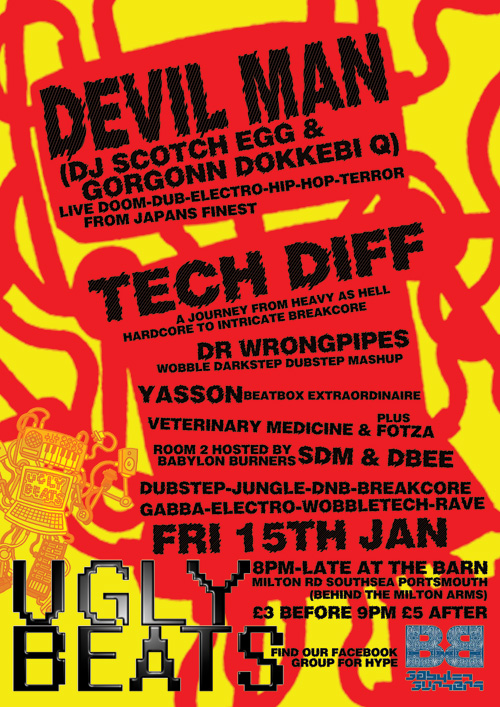 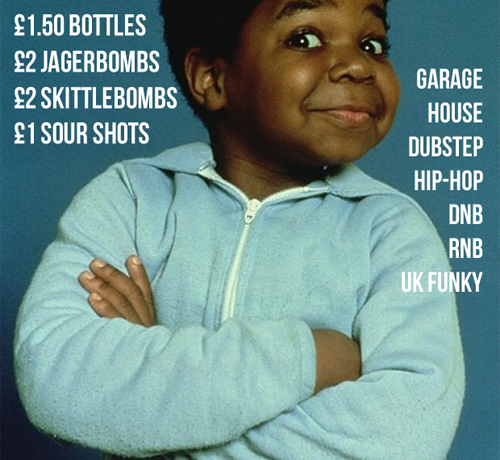 Swag at The Barn