Sunflower Bean At The Wedgewoo.. 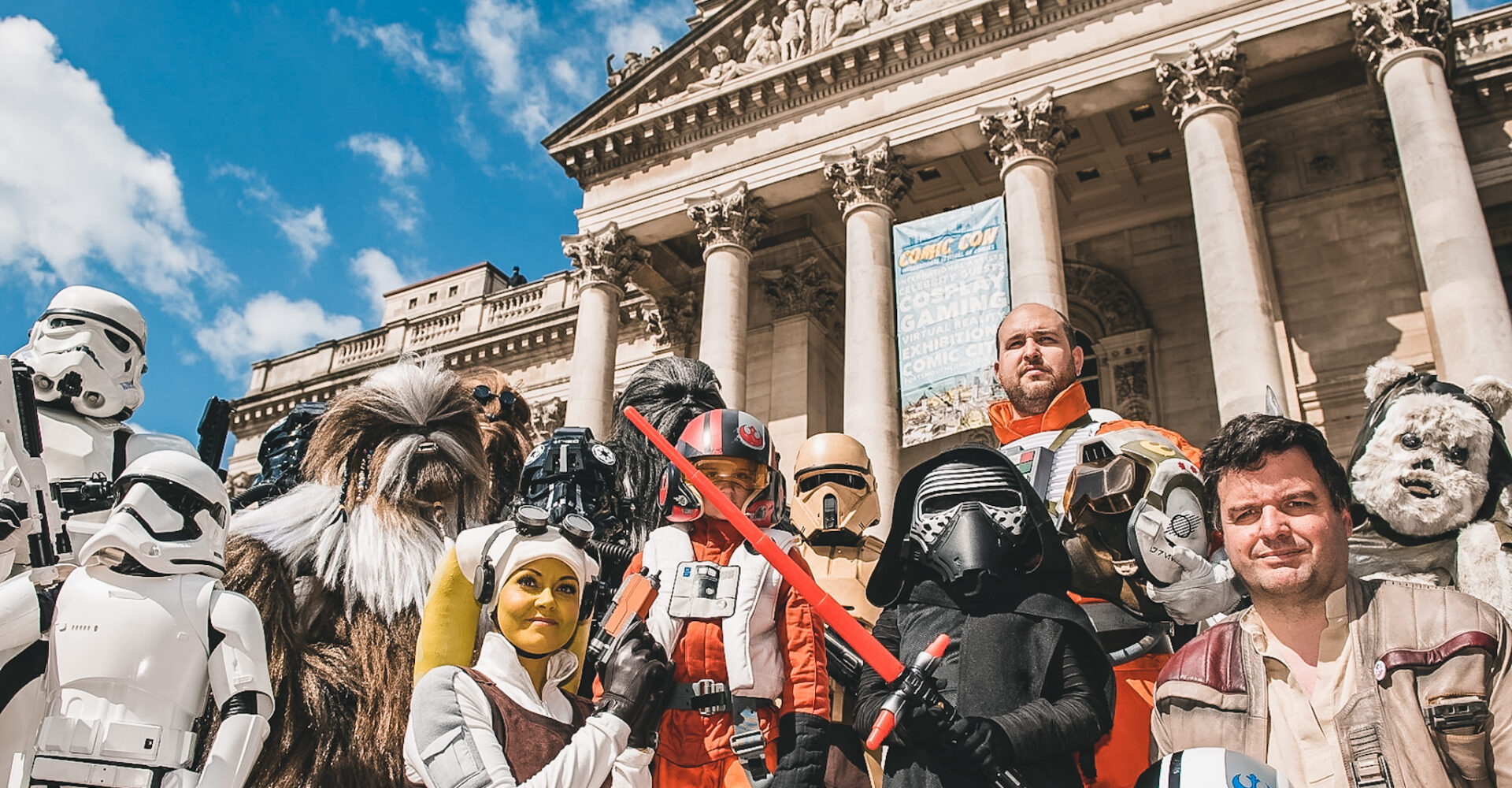 There is less than a month to go until Portsmouth Comic-Con takes over the Guildhall on Saturday 7th and Sunday 8th May. This will be the third event of its kind in the city and after two cancellations due to COVID this is shaping up to be the biggest yet. Offering the best in comics, cosplay, film, TV and pop culture entertainment.

Alongside special features for this year – the Star-Wars Walk-Through Experience; Saturday’s She-Quential, A Celebration of Female Superheroes; and Sunday’s World of Witchcraft and Wizardry – there are also exciting hands-on workshops; more new guest artists; and a range of panel discussions covering everything from independent comics to women in British comics and how to graphic novel your life.

There is an exciting array of workshops for children and adults of all ages to get involved with. Comic book artist Gary Erskine will be demonstrating what makes a successful comic book character and offering advice on how to design your own characters. On Saturday and Sunday, children and teens can learn the basics of comic and zine making, understanding about framing action, drawing dynamic poses and elements of caricature. On Sunday, professional artist Louis Netter will look at how comics are conceived and created, with a specific focus on acting in the comic and how to explore emotions.

New guests joining the stellar line-up of some of the greatest comic writers and illustrators in Artists’ Alley, sponsored by Catawiki, are Peter Hogan, best known as the writer and co-creator of Resident Alien; and Russell Walks, who creates art for Star Wars, Star Trek, and Marvel’s Amazing Multiverse, amongst many others. The ever-popular Marc Silk, the voice of Scooby-Doo and Shaggy, will also be returning to Portsmouth Comic-Con for the third time.

The ever-popular adult and children Cosplay Parades will return on both Saturday and Sunday, with some great prizes to be won. Hosted by GoGeek Events CIC, they celebrate the diversity and inclusivity of the spectacular world of cosplay and costuming.

Spread across Comic City and Comic Village will be the best traders, merchandise stalls and independent illustrators. There is also a wealth of exhibitions and displays to explore, with visitors able to go behind the scenes of film and TV; and an exploration of the technology being used by the creatives of the future in the VR/Immersive Tech & Gaming Zone. The Interactive Zone will offer retro computer gaming from Game Over and classic and modern board games from Dice Portsmouth. The Steampunk Deck also returns with a ‘Witches & Wizards’ Steampunk theme, led by The Gosport Steampunk Society.

Organisers advise that tickets are selling fast and like the last event they are expected to sell out before the event so to avoid disappointment I recommend getting your tickets prior to the event. I for one will definitely be there with my two-year-old daughter and if she sees an Elsa or a Moana cosplay then her little head is going to explode!