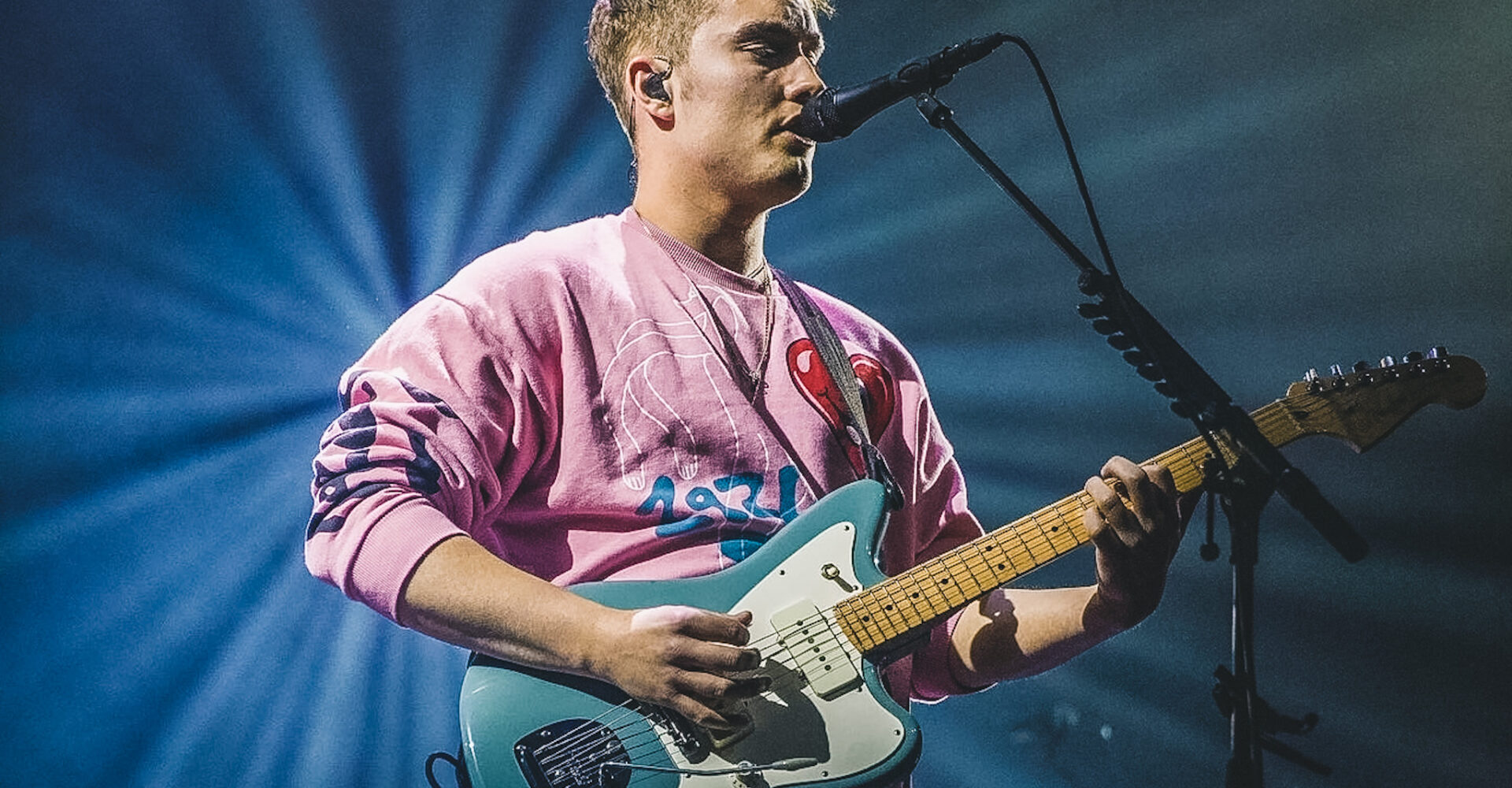 We get to the Brighton Centre for doors and make our way to the merchandise stand, one of my favourite things to do at a gig is to get some memorabilia of the event. It was a tough choice but I ended up with a tour tee and a programme.

Goat Girl are the support band, a post-punk, electronic four piece from London. They mention that people had been queuing since 12pm that day to get in, not surprising seeing as it was a sell out show. The room was lit with strobes, tying nicely with the ambience of the atmosphere for the evening. “Go easy on the strobes” lead vocalist Clottie Cream says, “We are sensitive little souls”. I hadn’t given them a listen before, however will definitely be adding them to my monthly playlist, my favourite song of their set was “The Crack”.

With half an hour in between sets it was the perfect time to catch up with my sister, Hannah, as she had the opportunity to photograph the gig too. This was a first for us, we had been going to gigs together for as long as I can remember, she was the one who got me into music after all. To be able to team up with her to review one of my favourite artists was an amazing experience. I hope this will be the first of many for us in the future.

Sam Fender enters the stage with his band and immediately starts us off with ‘Will We Talk?’, taken from his debut album ‘Hypersonic Missiles’, a top tier favourite of mine. Sam reminisces walking past the venue with Deano, (his lead guitarist and oldest friend), back when they played The Great Escape festival years ago, wondering if they would ever play here. He’s come along way since the start of his career in 2017, fresh off of winning multiple awards this year alone including a Brit Award for Best British Alternative/Rock Act and winning Best Album by a UK Artist & Best Album in the World at the NME Awards.

About half way through the set he asks the crowd for a mosh pit “Go for it!” he screams. With ‘Spice’ blasting through the speakers and the crowd jumping along with the drums, at that moment I knew, it was a night I would not forget. He may have created a mosh pit, but Sam takes notice of someone in the crowd struggling from what I could gather, so he stops midway through his song a couple of times to make sure they are ok.

Calming things down a little with his next song ‘Spit Of You’, which is based on Sam’s relationship with his father. A slideshow of photos, with fans and their fathers starts playing in the background, I had completely forgotten until this very moment that I had put forward my photo many months back. It was hard to decipher if my photo was in amongst the rest, but I wasn’t disheartened as it was a lovely moment nonetheless.

Finishing off the night with his encore of ‘Saturday’, ‘Seventeen Going Under’ and Hypersonic Missiles’. Even though he had informed us earlier on that he had to visit a dentist to help him with wisdom tooth pain, he did not let that ruin his set. Sam claims the title for me as one of the greatest performers, him and his band had given a stadium worthy performance that evening.