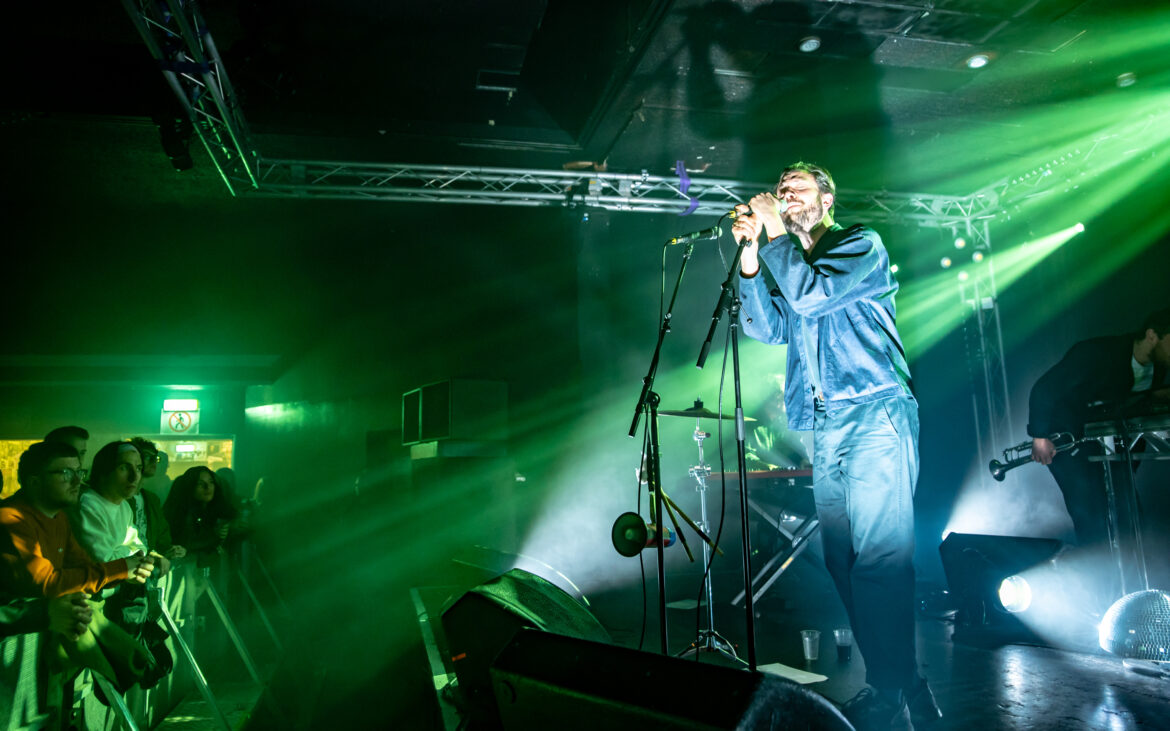 Orlando Weeks, the former frontman of The Maccabees, graced the stage of the Wedgewood Rooms tonight showcasing his recent solo work from his album ‘Hop Up’ together with 2020’s release ‘A Quickening’. This gig had been rearranged a few times and this may have had an influence on the crowd numbers this evening but this, in my opinion, made for a more intimate gig. It was great to also be in the company of some familiar friendly faces in the crowd too.

Tony Njoku supported tonight and warmed up the small crowd, who had turned out early, with his electronic beats. During his set he announced that he had some gremlins within his equipment, which nobody had noticed in fairness, this meant that he had to close out his set with a couple of numbers on the keyboard, one of which was a beautiful rendition of a Curtis Mayfield number.

Orlando was previously known for the big indie rock songs during his tenure in The Maccabees but this new chapter has seen him completely re-invent himself. Weeks first album ‘A Quickening’  is an ode to his experience of becoming a new father. Orlando tells us that he is going to play lullaby before treating us to ‘Milk Breath’

During the whole set, Orlando was walking on the spot continuously like he is traversing through some tough terrain. ‘Got to keep walking’ he says to which a crowd members asks “Where you walking to?’ to which he replies ‘Nowhere, that’s the problem’. There is a real nervousness to his performance this evening, a real vulnerability for someone who has played the biggest festivals and arenas during his musical career and this to me seemed so very, beautifully humbling.

Orlando mentioned that he had played at the Wedgewood Rooms roughly 10 years ago whilst London was on fire and rioting, ‘Portsmouth felt like a bastion of sanity’ he said. I remember being at this gig and it was truly superb although the 2007 gig just shades it slightly.  Orlando mentions how he loves being back out on the road, that venues like our very own Wedgewood Rooms are ‘what it’s all about’ before moving into playing ‘Look Who’s Talking Now’ from his recently released second album ‘Hop Up’.

Other personal favourites from tonight’s gig included hearing ‘Blood Sugar’ and ‘Safe In Sound’ from the first album (which was my favourite album of 2020) along with ‘Deep Down Way Out’ and ‘Bigger’ from the album ‘Hop Up’.

I know that most of us left the venue tonight with beaming smiles courtesy of Orlando!