Gig Review: Beans on Toast at .. 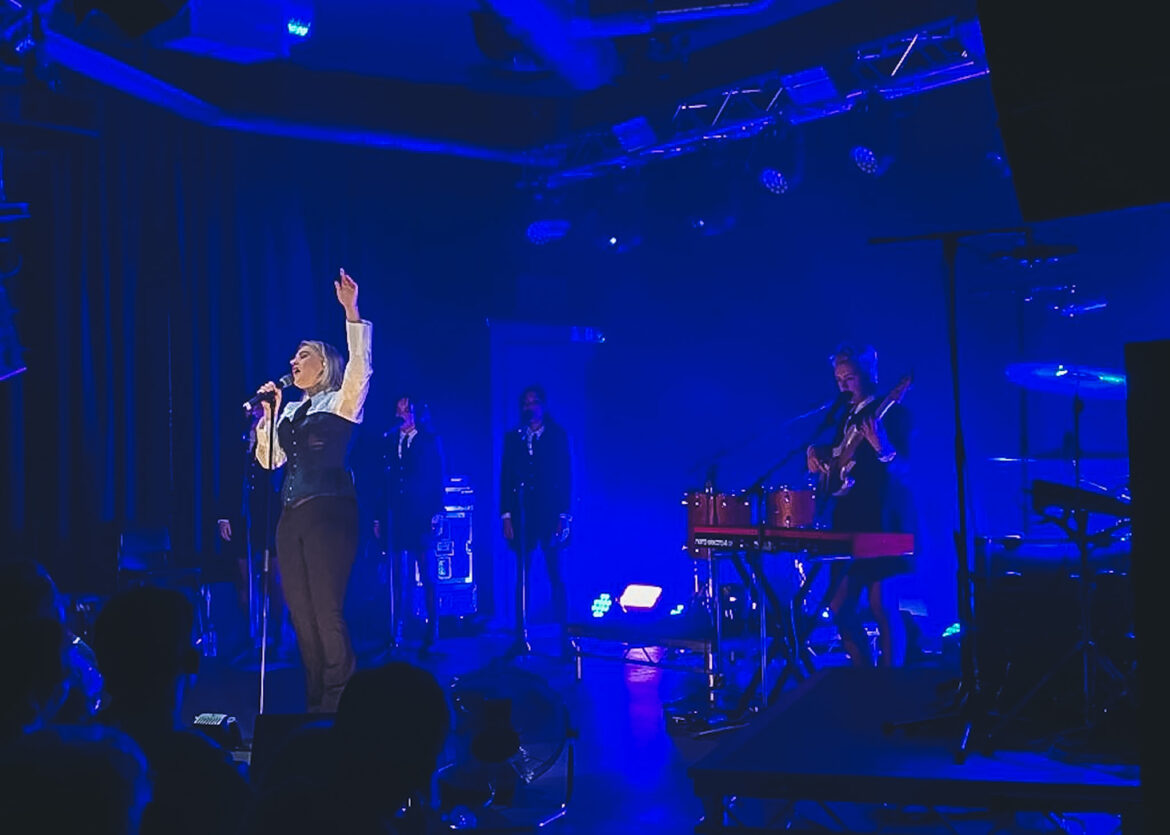 Listening to Self Esteem is like putting the world to rights with your best friend. If your best friend was a mega-talented musician poised to take over with infectious experimental pop that nails what it feels like to be a woman in today’s bonkers world.

I’ve been obsessed since I first heard the brutally honest, part-spoken word monologue I Do This All The Time last year, so I was first in line to see Self Esteem play Chalk in Brighton as part of her second album tour.

Self Esteem is Rotherham-born Rebecca Lucy Taylor, of former folk duo Slow Club, now enjoying much-overdue solo success with critically-acclaimed album Prioritise Pleasure. She’s described her musical style and lyrical topics of choice – including toxic relationships and the bullshit ways of the patriarchy – as a kind of ‘Trojan horse’ – unapologetically feminist messaging wrapped up in seductively-catchy power pop. I think it’s that combination that’s earned her such a well-deserved following; not only is the music great, it’s truly empowering.

At sold-out Chalk, Self Esteem and band were joined on stage by three accompanying singers (including the two support acts Seraphina and Phoebe Green), and together they created the rousing choruses and vocal harmonies that have become one of her trademarks. The friendship and camaraderie between them all was clear throughout the show, and I’m sure I wasn’t the only one who wanted to be part of their girl gang.

Self Esteem opened with I’m Fine, a song I’d been really looking forward to especially for the last few bars. They feature a woman describing how she and her friends will bark like dogs when feeling threatened by a man on the street, since ‘nothing terrifies a man more than a woman who appears completely deranged’. We barked. We howled. It felt so liberating – a joyous primal scream moment for anyone who’s ever been made to feel unsafe while simply going about their day.

We stayed on a high with the second album banger F***ing Wizardry and anthemic title track Prioritise Pleasure, with Self Esteem and her singers hitting every note perfectly while busting out seriously fierce dance moves under the disco ball. We were also treated to songs from first album Compliments Please, including the pulse-pounding Girl Crush and the sultry Favourite Problem, the first of the slower tracks she performed that showed how ridiculously good her voice really is.

Picking up the tempo again, it was into recent singles Moody and How Can I Help You, with its furious and pounding drums, which Self Esteem bashed out herself during the breakdown. She then gave us the latest release You Forever and the gorgeous The 345, with its soaring gospel-like chorus. Sticking with the more leisurely pace, she then performed a spine-tinglingly stripped-back version of Just Kids almost completely acapella, with her support singers adding the lushest vocal harmonies.

Self Esteem finished her main set with fan favourite I Do This All The Time, the crowd chanting back every now-iconic line back to her. Grabbing her singers for a massive group hug at the end of the song, it was off-stage for a breather before heading back for an encore that included Still Reigning and bouncy 2019 single The Best.

Seeing Self Esteem perform live certainly didn’t disappoint and I can’t wait to see her again on home turf at this year’s Victorious Festival. There aren’t many artists that make you want to dance AND smash the patriarchy, and for that reason alone, we all need more Self Esteem in our lives.