Preview: End of the Road Festi.. 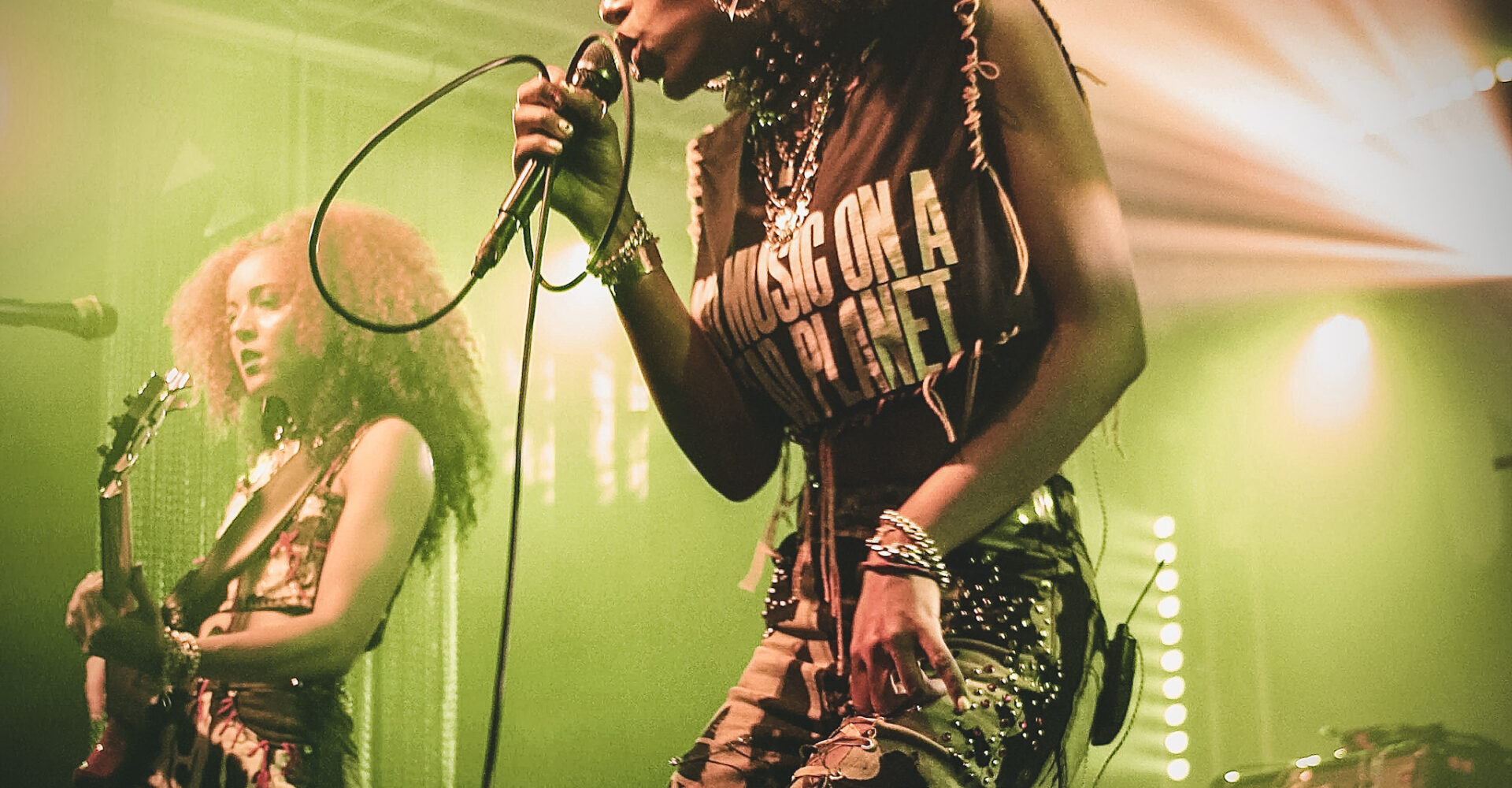 There’s a certain atmosphere amongst a crowd who know they’re watching the next big thing. Not a quiet admiration, but one that makes a lot of noise to anyone and everyone about how “this band is going to be huge”. And it’s no word of a lie.

Originally booked for Portsmouth’s smaller Edge of the Wedge venue, Nova Twins faced enough demand across the last two years to upgrade their show to the main room of the Wedgewood Rooms, and still managed to sell it out. Although, this might be something the Wedge partially (but not really) regret, while watching their brand new fairy lights get accidentally torn from the ceiling by rowdy crowd surfers.

If that doesn’t give you enough of an idea about the kind of racket this duo from London makes, backed only by a touring drummer, their setlist might clue you in further. Kicking off with hits old and new from Antagonist and Play Fair to Vortex and latest single K.M.B., the band and the crowd alike barely allow for a second to catch their breath before slamming song after song, pit after pit.

One thing to note amongst the alternative community is that safety is always paramount. Guitarist/vocalist Amy Love calls for a pause during their encore of Taxi to make sure even the more hardcore of fans are looking after themselves with the promise of replaying the entire song. It’s a big action – met with an equally appreciative reaction.

Nova Twins are a band who know exactly what they’re doing. The pair know exactly how to make their bassy, electronic sound fill a room from front to back. They know how to work a crowd into the palm of their hand, as demonstrated not only at their own shows but at massive support slots for Bring Me The Horizon and Enter Shikari respectively. It’s hard to say where they thrive more, given that they sound equally at home in 400-capacity venues versus massive arenas.

One thing is for certain though is that Nova Twins are a band you need to see.