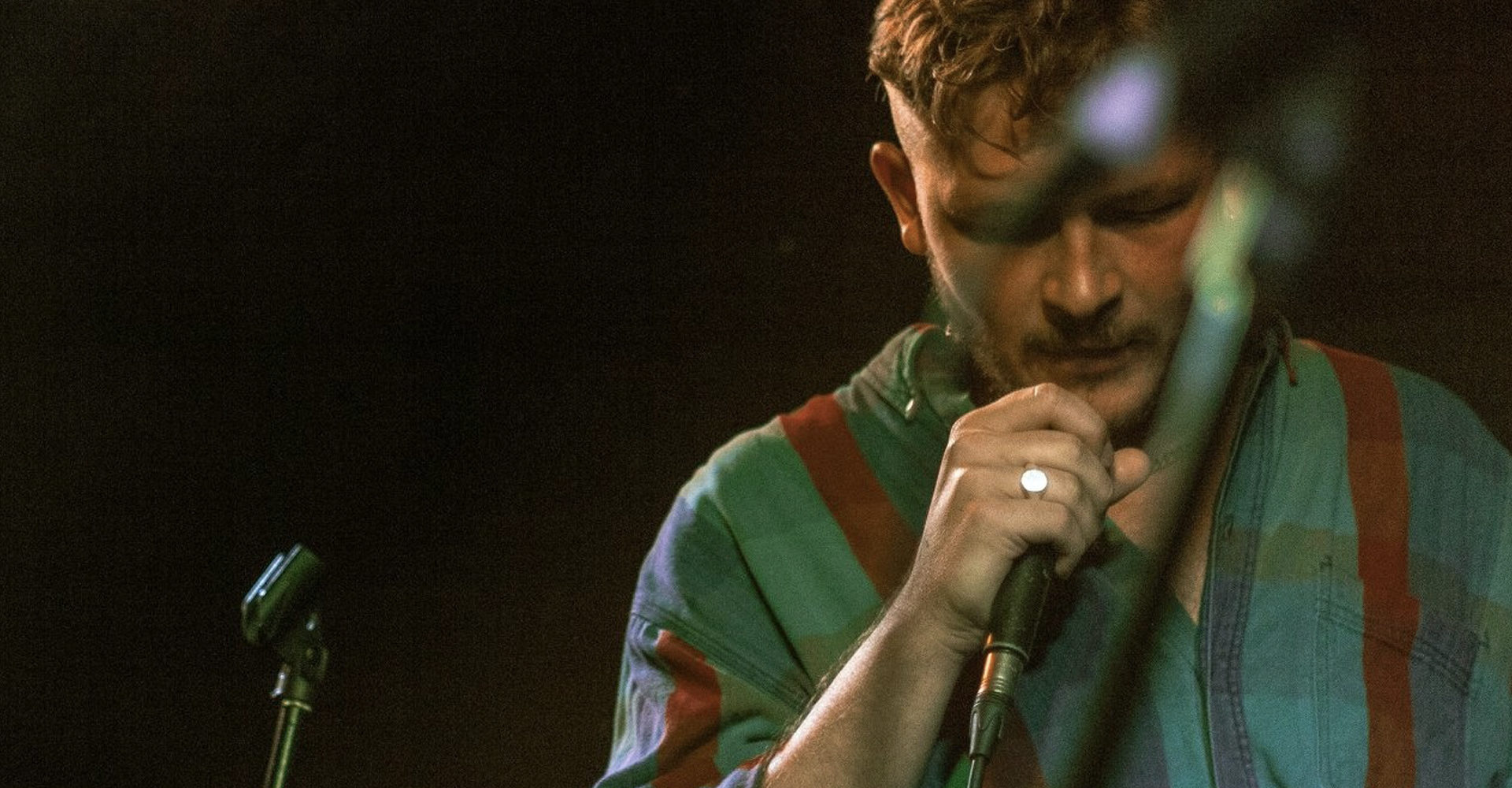 “Walking along Goldsmith Avenue over the last few weeks, a giant billboard graphic of four men in space suits driving a car on the moon has been hard to miss. The juxtaposition of bright oranges, yellows and pastel blues against the deep vacuum of space was alluring and certainly, there was no mistake made in choosing to attend Tommy Brown’s E.P. launch that struck a similarly memorable chord.

Tommy was the ringmaster at the intimate Coastguard Studio, leading the charge of alternative Jazz, Funk and Hip-Hop alongside the phenomenally talented Fugitive Orchestra (one-man loop pedal master) and local boy Rockafella Skank (lyrical energy-bringer). The crowd was warm, the scene was set and the air was heavy with anticipation.

In the end, we could not help but be swept along by his charisma as Tommy performed tracks from his debut album, Emergency (released November 2019), as well as some unreleased material. ‘Sourdough’, in particular, – which is to be put out under the label Audio Wallpaper later this year – was a lyrical avalanche with a catchy, brassy hook and paved the way for a set filled with deep lyrical content and funky beats, provided by the mesmeric band beside him.

After Tommy delivered his emotional track ‘Learn’, which brings into question why Grenfell Tower was ever allowed to go up in flames, he asked the crowd to take stock in the meaning behind his words when his Mum, who was just off stage, picked up a stray ‘F’ word. His Mum’s suggestion to him to avoid swearing led to a heart-warming shout-out to his entire family, who it was clear Tommy holds incredibly dear. By the time of the next track, ‘Worn Vices, Torn Hearts’ that has featured on Huw Stephen’s BBC Radio 1 show, the packed out venue was whipped up into a frenzy while Tommy paid homage to his fans, old and new, local and travelling.

When the time arrived for Tommy and his band to showcase the new E.P., there was already sweat dripping from the foreheads of many. By the end of his encore of Hatchback, there was a serious mop up operation needed on stage but the smiles on everyone’s faces at the end were all that mattered. The energy in the room was electric and Tommy’s cheeky stage presence infectious.

Tommy spoke lyrics that protested to our conscience in an incisive, tongue-in-cheek manner and these were set against a backdrop of funky, soulful hip-hop beats. There were young Hip-Hop fans, old Rock and Roll fans and everything in between all under one roof and all having a top time. There was an empowering sense of family and togetherness at this gig that I have not experienced in a long while. I will be watching Tommy very closely.”