Gig Review: The Orielles at Ch.. 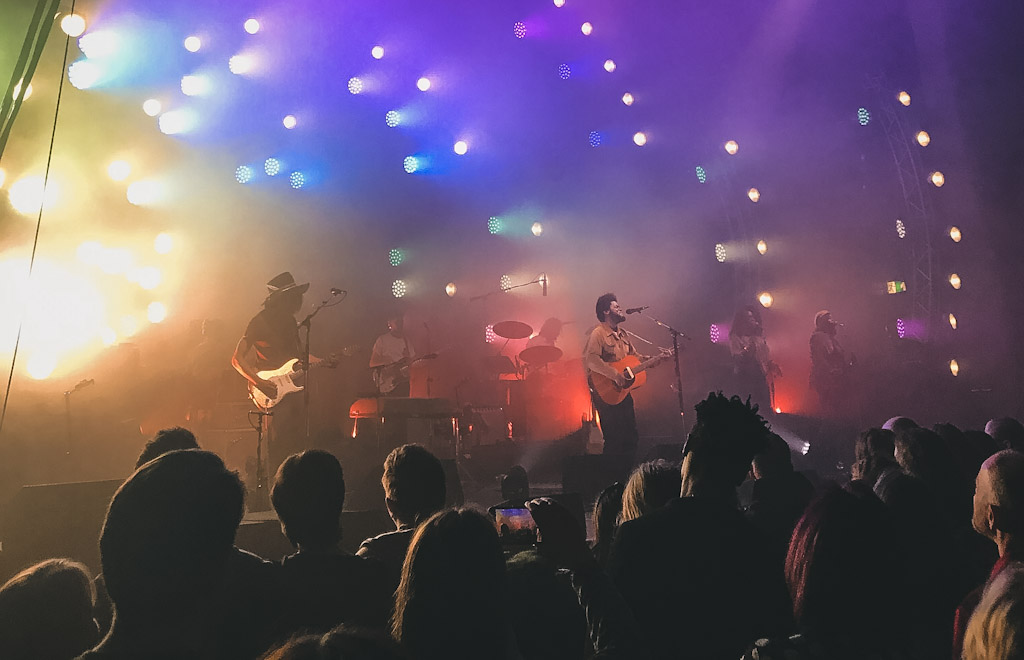 Everyone needs more Michael Kiwanuka in their lives. It feels like there’s a lot of chaos in the world right now, but seeing the soulful British Ugandan singer songwriter perform is a ray of much-needed sunshine.

Michael is fast becoming a household name, if he’s not one already. Since winning BBC’s Sound of 2012, he’s racked up three studio albums and a long list of prestigious industry nods, including the Mercury Music Prize, the Brit Awards and the MOBOs. One of his breakthrough tracks and fan favourites, Cold Little Heart, is theme tune to HBO’s hit US drama Big Little Lies.

I went along to see Michael on a cold and wet Monday at the O2 Guildhall Southampton, not that that deterred the sell-out crowd one bit. The current tour celebrates his self-titled third album, Kiwanuka, which moves in an altogether bluesier, funkier direction.
Support came from Battersea-born neo soul singer Tawiah, who charmed us with mellow beats, vocal jazz and a fabulous voice. Her debut album, Starts Again, is out now and I’d urge any fans of alt-soul to check it out.

Following Tawiah’s set, Michael Kiwanuka made his entrance, framed by arches of multi-coloured stage lights that created a psychedelic rainbow, and in front of a giant glitterball that sent motes of light around the room.

He kicked off with new album track Piano Joint (This Kind of Love), which starts with a characteristically Kiwanuka combo of stripped back piano and voice, before building with swelling strings and rich accompanying vocals. With support from his exceptionally talented backing singers, the only one who surpassed them vocally was the man himself.

Seeing him live, Michael’s voice is just incredible. It’s warm and full-bodied, and seems to flow from him completely effort-free. Slower songs like debut album title track Home Again and new track Light gave us the full undiluted effect of his vocals, while the more up-tempo Black Man in a White World and Rolling swept the crowd up with their scale and swagger.

I’ve always loved the cinematic quality of Michael’s music, with its symphonic strings and sweeping backing vocals. His new material has even more of a classic 70s vibe, with woodwind melodies and soulful guitar solos, and hearing it fill the cavernous space convinced me even more it would make the coolest movie soundtrack.

Michael waited until the encore to play his biggest songs, the aforementioned Cold Little Heart and 2016 album title track, Love & Hate, complete with a sublime extended outro. I feel even luckier seeing him perform that night as he’s since had to postpone his last few UK shows due to laryngitis. Get well soon Michael – you’re bloody amazing.