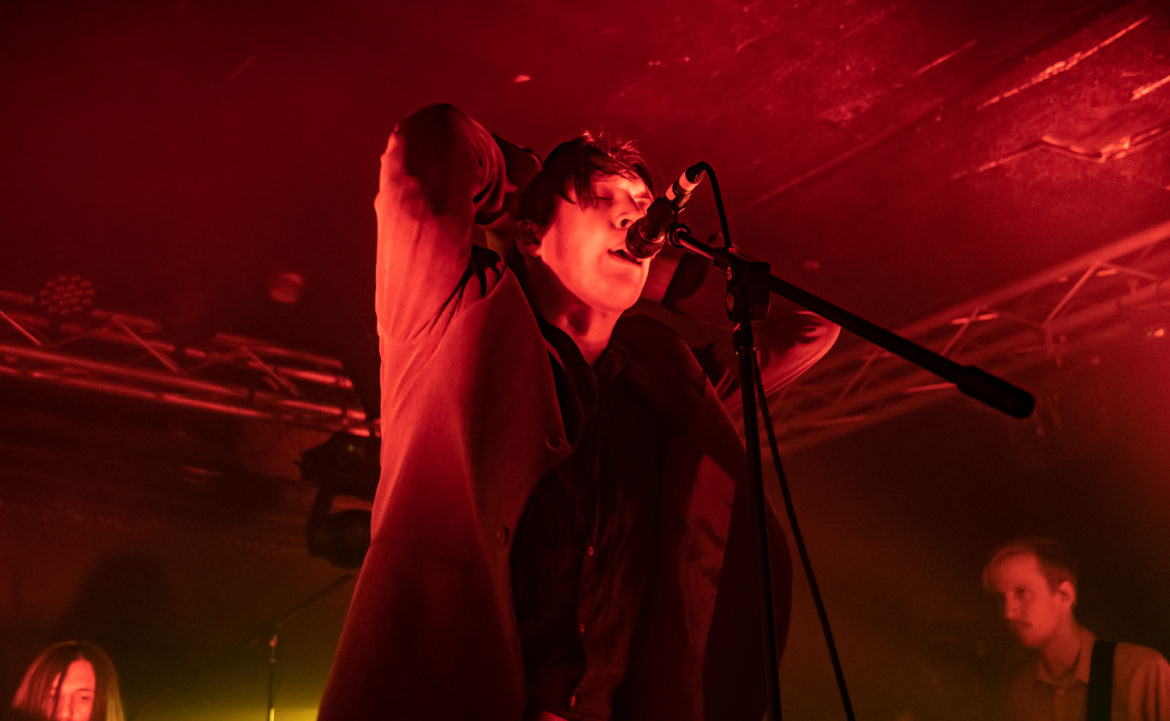 ‘Last time I saw Drenge when they supported ‘Royal Blood’ they were very, very loud, make sure you have your earplugs!’ This was the sound piece of advice that my friend gave me who accompanied me to the gig and yep, he wasn’t wrong! Drenge certainly brought the noise with them to the Wedgewood Rooms and all of the strobe lighting the could possibly get their hands on as well.

Drenge are touring in support of their third album ‘Strange Creatures’ which has been produced by their long-term collaborator ‘Ross Orton’ and was released on 22 February 2019.  This sees the band expand in personnel with the Loveless brothers being joined by two further members to expand the already huge sound. The band have said “It’s a nocturnal record. A psychological horror movie on wax’ and I would agree that for me it feels like it has some deep, dark undertones.

‘Valeras’ warmed up the crowd nicely with their angsty grunge which has drawn the attention of BBC Introducing, Annie Mac and has seen them support ‘Greta Van Fleet’ and ‘The Amazons’ to name a few. They’ve already been booked to play a few festivals so far this summer with 2019 looking to be a good year for them to propel themselves forward.

‘Bonfire of the City Boys’ driving, pulsating bass line opens the proceedings for Drenge and is one of my favourites from the new album. It was pretty difficult to get some shots off due to the lighting of the first couple of songs, the erratic strobing was complementing the music but was a photographer’s nightmare, most of my peers agreed afterwards that we’d be lucky to get a few from what we took.

Having not seen Drenge live before I was left wondering why after the velocity and ferociousness of the set. ‘Automony’ was brilliant to hear live now the band are creating a different sound with the additional members. A slowed down version of ‘Backwaters’ was different given it was such a big song on the first album and for me epitomises what rock ‘n’ roll should sound like. This was followed up by ‘Running Wild’ and ‘Bloodsports’ so all was forgiven very quickly!

Earplugs were definitely a must but it still didn’t stop me leaving with my ears ringing long into the night!

…‘Bonfire of the City Boys’ driving, pulsating bass line helps open the proceedings for Drenge and is one of my favourites from the new album….